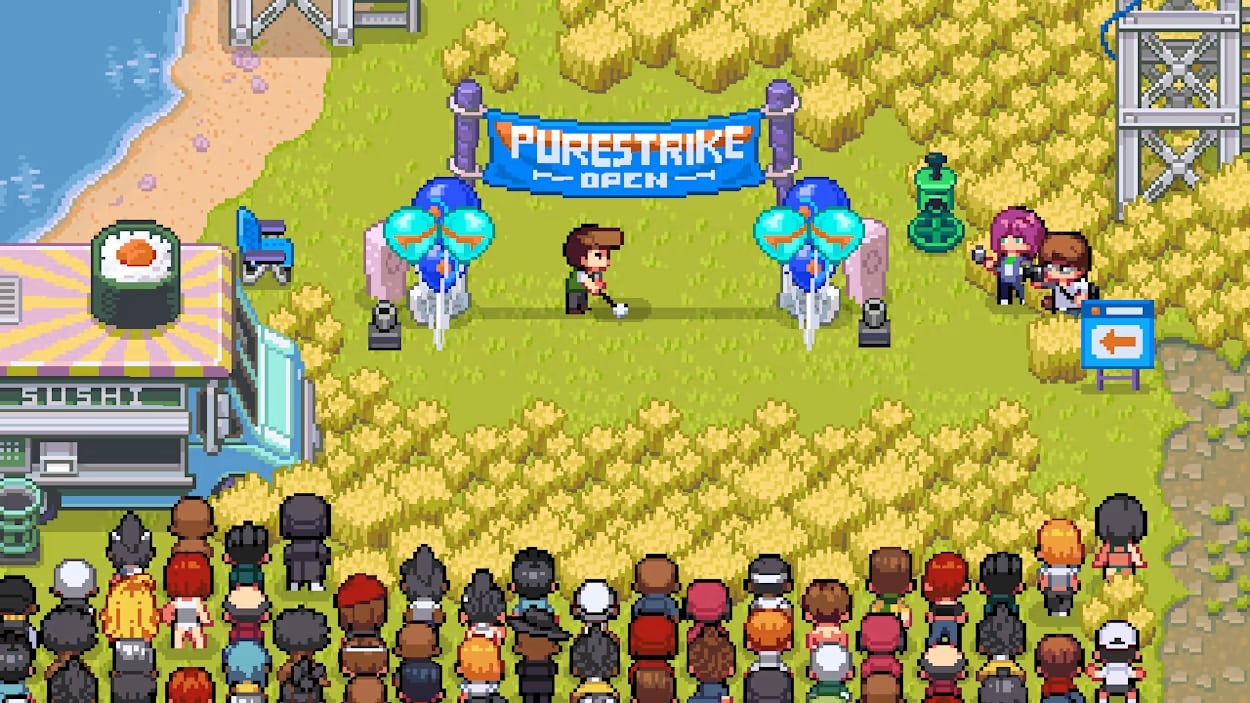 Much like Sony’s State of Plays, Nintendo’s Indie World Showcase series has a reputation for being somewhat hit-or-miss. The best indie announcements have traditionally appeared at the major Nintendo Directs, so anything relegated to an Indie World usually hasn’t been the cream of the crop. This time, however, Nintendo managed to put together a varied yet curated array of titles in a clear step up from previous years. Read on for the five best announcements you might’ve missed!

5. Once Upon a Jester Shadow Drop

Once Upon a Jester is the perfect example of creativity prevailing over visual splendor. Created by a crew of four musicians, developer Bonte Avond made an effort to convey the rough-around-the-edges fun of jam sessions through Once Upon a Jester’s presentation. Full of improvised voice acting and first-take performances, the idea is to put players in the shoes of the titular jester performing in an improv theatre who has to roll with the punches that come with a live performance. With quirky writing, unique songs, and completely customizable characters, Once Upon a Jester should be a treat for those who treasure creativity. Best of all, it’s out now!

Easily one of the most visually stunning indies shown, Dordogne is a love letter to the wonder of childhood summers in the French countryside. The protagonist Mimi returns to her grandmother’s home after she’s passed and discovers a series of letters that sends her down memory lane. The hand-painted aesthetic lends Dordogne a deep feeling of nostalgia, and much like Season, the game encourages players to leverage multiple senses (sound, scents, etc.) to embellish that emotional connection. Thankfully, you won’t have to wait long to revisit the past; Dordogne hits the Switch in spring 2023.

Goodbye World has been one of the most unique and enticing projects in the indie sphere ever since it was first revealed at a Flyhigh Works showcase at the end of 2021. The narrative adventure follows two game design graduates who’ve struggled to make it after college and the trials and tribulations they have to go through to make ends meet. The natural pendulum swing between working odd jobs and playtesting levels of the duo’s game as it’s being made has a ton of potential, and the more grounded look at game development is refreshing to say the least. The fact that Goodbye World is coming out later this month is icing on the cake.

From the moment it premiered during the Direct, Pepper Grinder was the announcement to beat. Not only did it have an excellently composed trailer, but it’s visceral, gameplay-first approach immediately set it apart from the crowd. Being pulled along by a giant drill and plowing through hordes of enemies and collectibles was eye-catching enough, but the Pepper Grinder trailer truly shined once it revealed that players can leverage other weapons like machine guns and giant mechs. The level design looks tight and challenging, and the inclusion of boss battles is a great touch. Though there’s no firm release date outside of “2023,” there are very few Devolver Digital games that haven’t been worth the wait.

Even if there weren’t other fantastic-looking games shown at the Indie World, this one reveal would’ve made the entire presentation feel worthwhile. In what was easily the best “one more thing” announcement in Indie World history, Nintendo surprised everyone with a fresh look at Sports Story and a shockingly-close release window of December. Better yet, Sidebar Games doesn’t seem to have been taking it easy in the over five years it’s been since Golf Story.

The team announced new sports like BMX, cricket, and mini-golf, and showed off a ton of new locales that seem to be worldwide. The confirmation of dungeons, malls, and transportation systems like railroads and helicopters really makes it seem like Sports Story is going all out on being an expansive RPG, and I couldn’t think of a better Christmas gift.