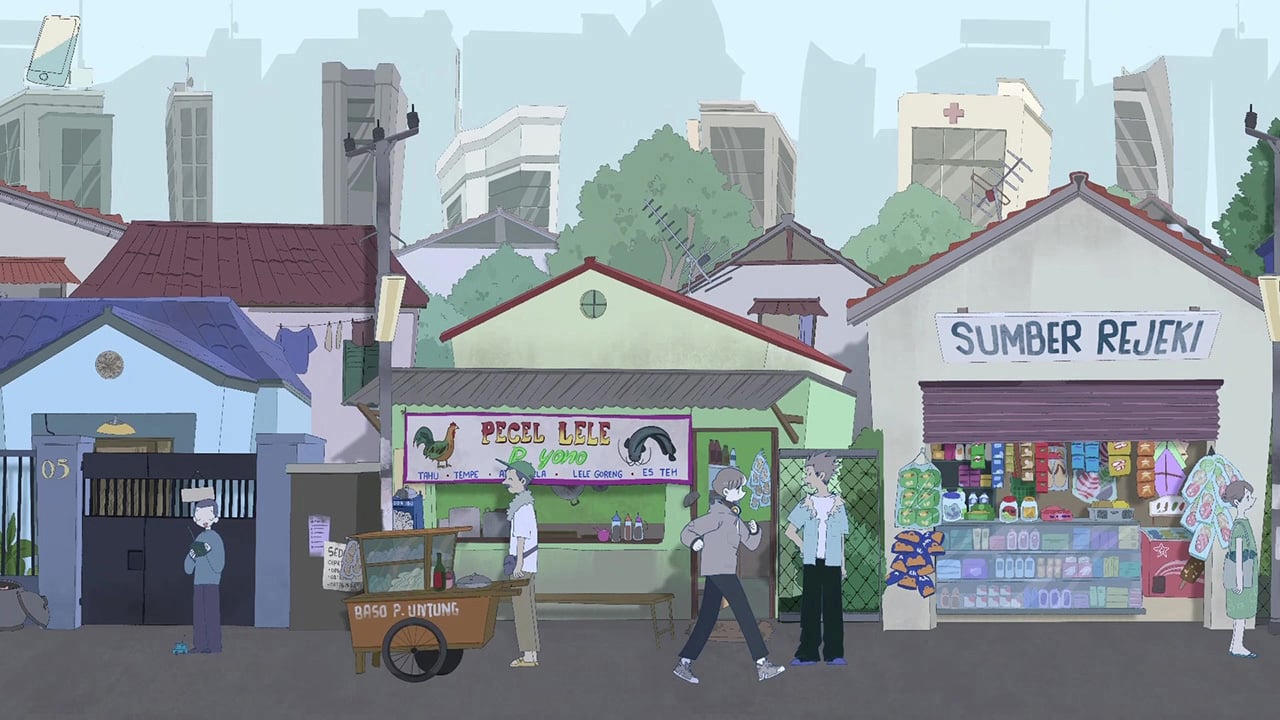 As has become a holiday tradition, Nintendo has graced us with one final Indie World livestream to close out the final weeks of 2021. This showcase was just as packed as ever with announcements, reveals, and updates for indie games of all stripes–the Big N treated us to a healthy mix of soul-crushing story-based games, ambitious RPGs, charming life sims, and everything in-between.

Like so many recent Indie Worlds, this presentation felt like more than a collection of trailers–it was a true celebration of independent creators, with most trailers featuring a few minutes of developer commentary or introduction. With developers hailing from Indonesia, Japan, Denmark, and more, this year’s last Indie World truly lived up to its name.

There was certainly lots to love, but a few moments stood out from the rest. Without further ado, here are the top five takeaways from Indie World December 2021.

5. Loco Motive Goes Off the Rails

Loco Motive looks to provide everyone’s much-needed playable Agatha Christie fix. When a rich woman finds herself murdered on a luxury train ride, players take control of three separate heroes–a lawyer, a detective, and an undercover agent–to try and get to the bottom of the mystery. Oh, and they’re also suspects in the case! With quirky pixelated graphics and fully-voiced characters, Loco Motive seems set to be a lighthearted case worth cracking when it hits Switch in Summer 2022.

4. After Love EP Rocks the House

After Love EP is a music-driven narrative-focused title that looks set to tug your heartstrings and strum guitar strings in equal measure. Developed by Coffee Talk’s creative director and set in Jakarta, Indonesia, it tells the story of a young musician who starts recording an album after his girlfriend passes away–and although she might be gone, he still hears her voice in his head. Blending elements of visual novel storytelling and rhythm gameplay, After Love EP delivers a poignant journey about “love, loss, and lyricism”–a journey that may lead to different endings depending on the choices you make throughout the story. The show begins on Switch in Summer 2022.

What’s an Indie World without a healthy dose of “available right now” announcements? This year’s show was by no means lacking, bringing with it no fewer than four games released right after the show. Finji’s paint-centric adventure game Chicory is definitely the cream of the crop for shadow drop reveals—it’s already one of our favorite games of the year. However, there were several other worthy arrivals, like the inventive time-shifting puzzler Timelie (which we praised as a true masterpiece back in 2020) and addictive dungeon-crawler Dungeon Munchies.

Not only that, but this presentation also provided overdue updates on games that had been missing in action, like a new trailer for WayForward’s River City Girls 2, an update on Don’t Starve Together, and a February 8th release date for OlliOlli World. Between new games to play now and plenty to look forward to in the future, this Indie World offered plenty to keep fans busy into the new year.

2. Sea of Stars Makes Waves with a Switch Announcement

Could Sea of Stars be the game that retro RPG fans have been waiting for? It certainly looks that way. Developed by the creators of 2019’s exploratory platformer The Messenger, Sea of Stars is a throwback RPG that looks stunning in just about every way: its lush pixel art makes the world come to life, its Chrono Trigger-style combat system looks fluid and exciting, and it even boasts a soundtrack from famed composer Yasunori Mitsuda. Announced for PC last year, Sea of Stars has finally been confirmed to release on Switch next year—and like all RPGs, it should be a perfect fit for Nintendo’s hybrid wonder. RPG fans will want to keep an eye on this one ahead of its Holiday 2022 release window.

Revealed as this Indie World’s “one more thing” announcement, Omori is nothing short of a cultural phenomenon. This seemingly inconspicuous Earthbound-style RPG is a subversive horror icon; it might look like a cute and hand-drawn adventure on the surface, but all is truly not as it might seem. A prime example of a game that works best when you go in blind, Omori brings its signature brand of unsettling atmosphere and dark storytelling to Switch in Spring 2022.