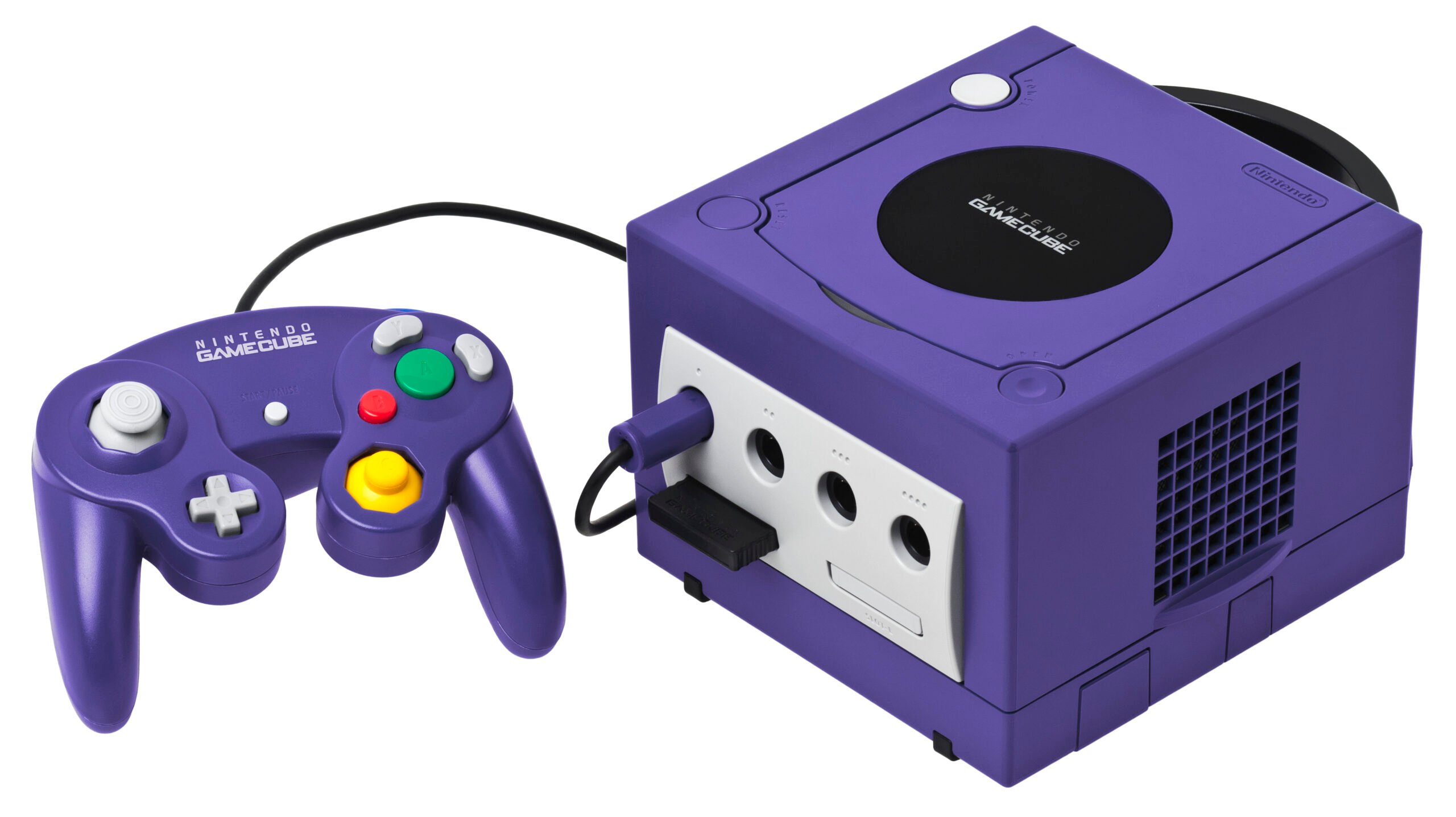 Ah, the GameCube, Nintendo’s purple lunchbox. For many gamers and Nintendo fans, the GameCube is a staple of their childhood, an indelible part of what makes the early 2000s so memorable. It’s a testament to the wacky creations that pre-Wii Nintendo often foisted on an unsuspecting public and the true dilemma that Nintendo was in at the time, facing down both Sony and Microsoft in a three-way battle for the crown.

I’ve talked a lot about the GameCube before. It’s my favorite system and home to some of my favorite games of all time: Metroid Prime, Paper Mario: The Thousand-Year Door, even Shrek 2, the list goes on.

But, the GameCube has a big problem, a history problem.

Have you ever tried reading anything about the GameCube? Any books, in-depth articles, or scholarly literature about it?

With the exception of one clear Wikipedia rip-off and a pretty awesome collector’s book, there’s nothing about the GameCube, either scholarly or otherwise. Compare that to the NES, which has Nathan Altice’s excellent book on its history and cultural impact, or Alex Custodio’s fantastic monograph on the Game Boy Advance, and the evidence is clear: the GameCube needs some love too.

Things aren’t much better in the academic space either. Game studies are taking off at a wild rate, with conferences like Replaying Japan springing up as interest is booming in the field. Despite this, most of the subjects in these conferences deal with non-GameCube issues, addressing either new and interesting fields, like the rise of e-sports, or retreading old ground in the form of the NES and SNES. Even some of the most cited texts on Nintendo themselves ignore this time in the company’s history. Many engaging books, like David Sheff’s Game Over or Dominic Arsenault’s work on the SNES, end before the GameCube era, while others, like Daniel Sloan’s Playing to Wiin and Osamu Inoue’s Nintendo Magic pick up after the GameCube’s failure in the Wii/DS era.

The result? It’s hard to find a balanced take about the GameCube anywhere on the Internet. Detractors call the era a dark age for a Nintendo who was losing badly to Sony and put out some divisive entries in famous franchises. Fans call it one of Nintendo’s greatest systems, one that changed the paradigm dramatically. Finding the truth under these multiple layers of obfuscation is difficult, if not impossible without digging down to the root of it all.

That’s what I’m planning to do. If it’s escaped your notice, I’m a Ph.D. student at Liberty University’s Doctorate in History program. I plan on using my historical training (yes, that’s a real thing) to dig down in the depths of the Internet and figure out what really went wrong with the GameCube. Utilizing contemporary primary sources found on the Internet (e.g. Amazon reviews, forum posts, message board posts, website reviews), I want to find out what the world really thought about the GameCube when it was released and determine why such a unique and interesting system failed the way that it did.

I think that digging through all of these old posts and reliving the Internet of the early 2000s will provide a perspective on the GameCube that will open up the door to reconsidering the narrative we’ve always used about it. Did people not buy it because it looked too much like a toy? Were there not enough third-party games? Was Nintendo of America’s poor marketing to blame?

Popular narratives have taught us that all these factors, and more, are the reason for the GameCube’s failure. It’s my goal to see if that really was the case. As a lifelong Nintendo fan and a person who grew up with the GameCube, I think I have an interesting perspective to share on this topic and one that I hope readers like yourself will be interested in. The GameCube’s story needs to be told and I am excited to be one of the first people to really dig into it in-depth. The subsequent work is something that I hope will encourage not only more studies on the GameCube, but will also allow game historians and game studies specialists alike to dig into other less represented topics in Nintendo’s history.

Maybe we’ll get a monograph about the foibles of the Virtual Boy or the failures of the Wii U to connect with the audience it was intended for. Whatever the future holds, I’m starting my dissertation with the hope that we can get more histories and studies of these fascinating consoles as games continue to exert more influence in our society and as Nintendo continues to succeed as wildly as they have.