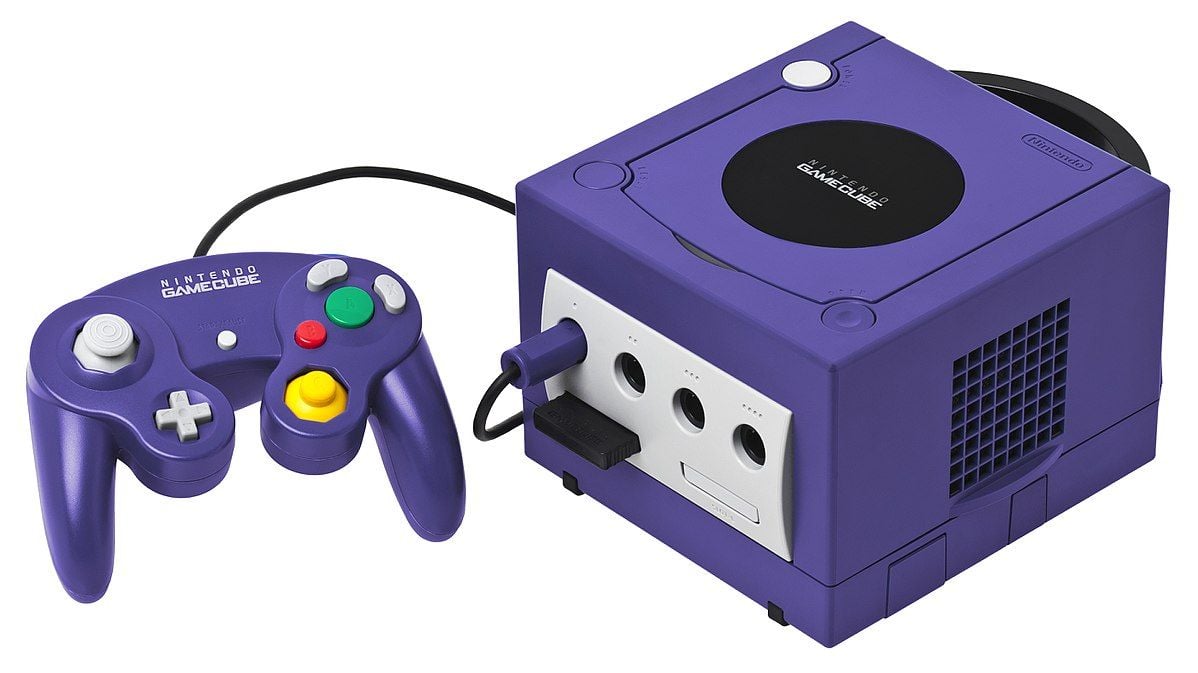 November 18th is the anniversary of the Nintendo GameCube. Though it only lasted five years on the open market, the GameCube left an indelible mark on the Kyoto-based company’s fortunes in the Wii era and beyond. A small, attestably adorable cube with a handle to facilitate easy carrying, the GameCube stood in sharp contrast to the other consoles of the sixth generation. It struck an aesthetic that, while it has grown its own following in the years since, struggled against the more mature original Xbox and PS2 and lacked the advanced features, such as a DVD player, that they offered. However, what it lacked in sales, consumer appreciation, and utility, it made up for in the quality of its games.

It wouldn’t be a stretch to say that the GameCube offered some of the best-reviewed and most memorable experiences of the sixth generation. Metroid Prime, Super Smash Bros. Melee, The Legend of Zelda: The Wind Waker, F-Zero GX, Paper Mario: The Thousand-Year Door, and Super Mario Sunshine all stand out as genre-defining games that, in defiance of the shift toward mature-rated titles and “hardcore” gaming experiences, demonstrated that games could be both accessible and great. It’s a lesson that some of today’s developers could well take to heart and an approach that Nintendo pioneered in the early 2000s. From Wind Waker’s more storybook-esque “Celda” theme and the relaxed, tropical island of Isle Delfino in Super Mario Sunshine to the frigid depths of Tallon IV’s Phendrana Drifts in Metroid Prime, GameCube games utilized the system’s Flipper GPU to produce a variety of graphical effects that, even to this day, hold up respectably. Much as the SNES marked the zenith in Nintendo’s sprite design philosophy, improving heavily on the NES, the GameCube marked a hearty evolution over the rudimentary 3D graphical capability of the Nintendo 64, and heralded in a new era of 3D design that, even in the Switch era, is still applicable.

However, for all of its graphical puissance, Nintendo’s relative short-sightedness during the console’s development and stubborn, albeit not completely unwarranted, refusal to utilize burgeoning technologies, such as hard drives, DVD, and Internet capability, would hurt the console’s popularity precipitously. Indeed, although, in 2001, the tech website Anandtech would prophesy that Nintendo had “a console with a tremendous amount of support, a history of great first-party titles as well as a tremendous focus on gameplay and quality” and that it was “leaps and bounds beyond the other consoles[,]” the truth was that, absent the features that consumers craved, the system was destined to struggle against Sony’s juggernaut and Microsoft’s first foray into the world of console gaming.

That struggle came in the form of a twenty-two million-unit shortfall that fell afoul of even the Nintendo 64’s struggles to hit thirty-three million units a decade before. Reinforcing the then-worrying trend of Nintendo home consoles declining in sales with each successive generation, the GameCube was worryingly far from the days when Nintendo had sold sixty-two million units worldwide of the NES and over half-a-billion software units twenty years prior. For a variety of factors, from a failure to beat Sony in the market, to an incoming Japanese recession, to the departure of AAA developers from the platform, the GameCube failed; carrying with it Nintendo’s chance at competing during the sixth generation. Despite competing with the right amount of processing power, finally adopting optical media, and, at least initially, releasing with a good amount of third-party support, Nintendo’s be-handled box would lose to Sony’s PS2 by almost one hundred and forty million units.

Out of the improprieties of its failures, however, would plant the seeds for a future revival based on the success of its next system. The Wii, whose release in November 2006 not only marked the end of Nintendo’s attempt to reclaim their dominant position through traditional tactics of more processing power and better marketing but also the beginning of their recentering around a more casual audience, would shatter the narratives that had surrounded the GameCube. Gimmicky fun that was easy to sell, didn’t require extensive investment by developers, and reflected a desire to include families in gaming rather than focusing on the predominantly male subgroups that had fueled the sales of previous consoles; the Wii’s motion controls redefined what game consoles could do. Their ubiquitous presence within environments of all ages, from kids to hardcore gamers to nursery homes, reinforced its unique marketability.

And, yet, without the GameCube, whose likeness formed the foundation, both physically (the Wii’s Broadway chip was a modified version of the GameCube’s Gecko chip) and spiritually (the Wii saw sequels to many of the GameCube’s hit series including Metroid Prime, Paper Mario, Super Smash Bros., The Legend of Zelda, Mario Kart, and even ports of less-noticed titles such as Mario Power Tennis and Pikmin), it’s unlikely that the Wii would have been as successful as it ultimately was. In that way, the GameCube served much of the same role that it’s even more unfortunate descendant, the Wii U, would a decade later; it was almost a prototype for the more successful system that came after it.

However, despite its flaws, there’s still something oddly compelling about the GameCube. It might be the handle, the great games, or the familiar boot-up tune, but, fundamentally, it might be the enduring, timeless charm that its games hold. Unlike systems from the fifth generation of consoles (e.g. the PlayStation and Nintendo 64), whose rudimentary 3D graphics have not held up well since their initial release, most games from the sixth generation of consoles have held up better in recent years, with most first-party GameCube and original Xbox games remaining good-looking games, even years later. While this is less of a boon for Xbox titles, most of which are available on other platforms, it’s spectacular for GameCube games who have not had the good fortune of being ported, such as Super Mario Sunshine, Paper Mario: The Thousand-Year Door, and Super Smash Bros. Melee. When played with the right cables (and, preferably, but not necessarily, a CRT TV), these games can look positively brilliant, even over a decade after their release. While finding the right cables can be an expensive proposition, especially for a GameCube whose only available component cables can cost upwards of $250, a variety of HDMI-compliant mods, the prevalence of cheap, component-available, backward-compatible Wiis, and a glut of old CRTs have made playing the GameCube at its intended quality an easier proposition than in years past.

The GameCube is, perhaps, one of Nintendo’s most misunderstood consoles. An excellent system that was hindered by poor marketing and little foresight, it laid the foundation for the Wii, sowing, in its failure, the seeds for Nintendo’s future success. Besides serving as the launch point for several of Nintendo’s most celebrated games of all time, the GameCube also served as the first in what would become three consecutive lessons in how to not treat third party developers, a lesson, it seems, that Nintendo has finally learned with the Switch. In the end, Nintendo’s little console is still as fun, confusing, and powerful as it was seventeen years ago, a simultaneous testament to Nintendo’s incredible resilience and their incredible stubbornness.