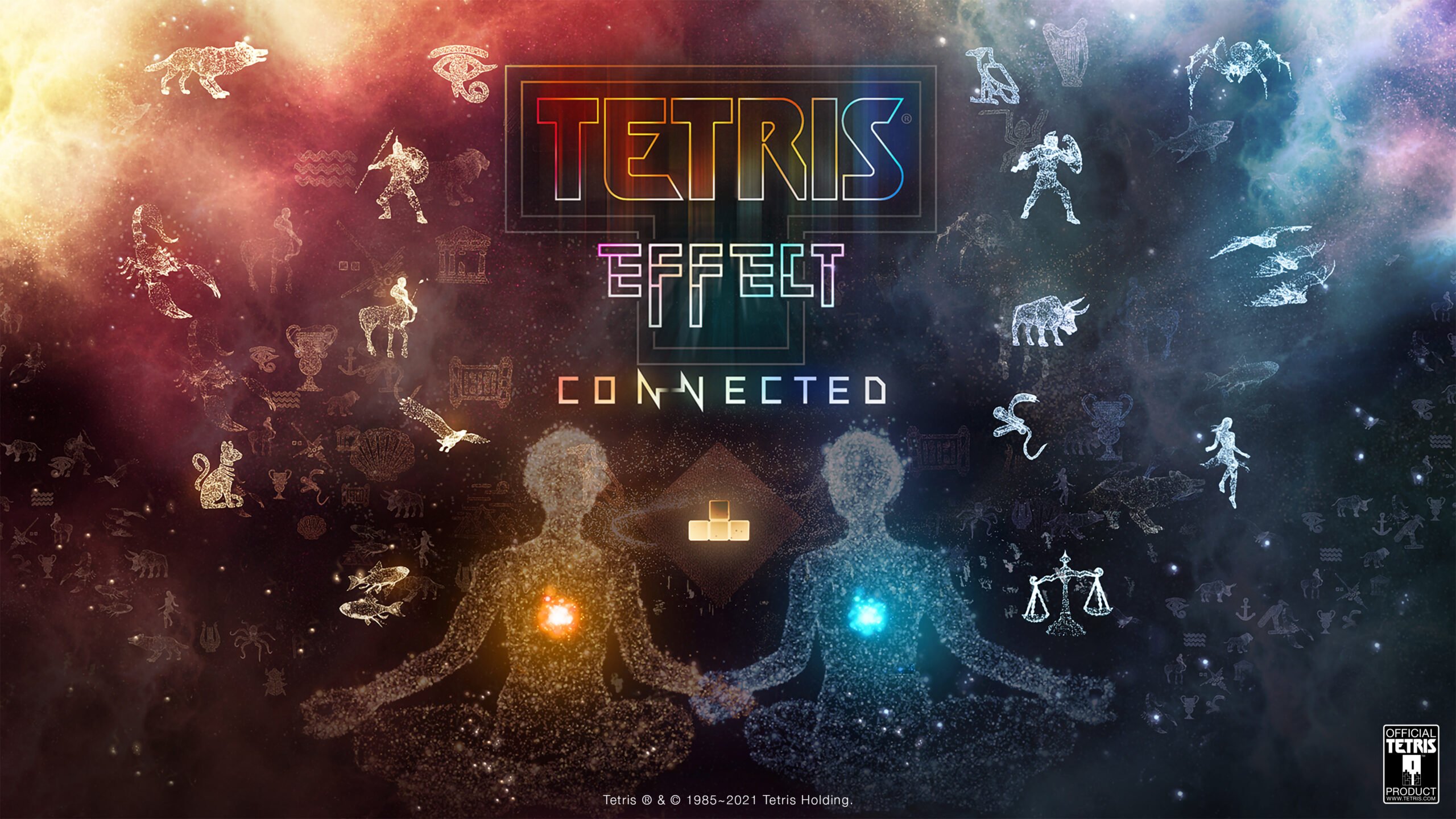 Released on Switch the same day as Metroid Dread, Tetris Effect: Connected is perhaps a perfect counterpoint to Samus’s intense, high-octane return to the mainstream. At its core, Tetris Effect is a meditative experience, one that doubles down on the already trance-like flow of the core Tetris gameplay loop by wrapping it in surrealist beauty. Bursting with color and endlessly enveloping players in audiovisual splendor, Tetris Effect is a surprisingly emotional reinvention of the purest puzzler ever made.

Best of all, Tetris Effect makes the journey to Switch in pristine shape. Calling Tetris Effect “perfect for Switch” may be about as cliché as you can get, but there’s no denying the brilliance of laying in bed with the luscious sights, sounds, and endlessly addictive puzzles of Tetris Effect in the palm of your hand. Boasting a whole slate of extra multiplayer modes also bundled into the package, Tetris Effect Connected on Switch offers Nintendo players a robust perspective, whether they want to chase high scores or simply enjoy the dreamlike ride.

It’s Beautiful to be Square

If you’ve ever played Tetris for hours on end and seen colorful blocks in your mind even after putting the game down, then you’ve experienced the Tetris effect. That’s the exact sensation that Tetris Effect beautifully manifests. It features the same tile-matching action that generations have come to know and love, but it piles on layers upon layers of visual and graphical effects that transform the game into far more than a mere facelift.

Booting up the game’s single-player “Journey” mode, things may seem quiet at first. An empty screen is transposed against a black and empty background as vaporous blue blocks descend from above. You may notice soft vocal notes play out each time you move your blocks; these gentle tones coalesce into fuller chords and outright orchestral swells with each line you clear. Particle effects begin to dance back and forth in the background while the music surges into a delicate yet moving synthpop anthem – and before long, creatures like humpback whales begin swimming back and forth behind the screen, dancing to the rhythm of the lines you clear and the blocks you lay.

That’s just the first level, but it represents exactly what makes Tetris Effect so special. On paper or even by watching videos, it may seem as though Tetris Effect does nothing more than throw a new coat of paint on a game you’ve played a thousand times before. Yet playing Tetris Effect is truly unlike any other game on the market – its vibrant soundscapes and surrealist visuals transport players across a full spectrum of global locales and human emotions. It can perhaps be best compared to Gris or Journey, games whose simplicity belies the spiritual and aesthetic depth of the experience when playing them.

Few things can induce a sense of heart-pounding panic like seeing blocks descend at a lightning-fast pace while you struggle to keep them in line, but the peaceful sound and vision of the presentation provides a perfect balance. The way the presentation morphs and evolves throughout each play session makes every moment, every cleared line, feel that much more impactful. Your blocks may turn into space cargo in one level, while in another, each disappearing row may play a ringing piano chord in response.

The soundtrack, spanning genres as diverse as hip-hop, traditional Middle Eastern chants, and techno, meticulously adapts, grows, swells, and intensifies in response to your progress through each level. Small tweaks like these, this perfect synchronization of audio and video, make Tetris Effect a remarkable tour-de-force that becomes genuinely moving by the time you reach its grueling and gorgeous final level.

Most of Tetris Effect’s meaningful changes lie in its presentation, but its gameplay has not gone completely untouched. Most notably, it boasts a new mechanic called “Zone.” By using a meter that fills up with each line you complete, entering the “Zone” makes time slow to a standstill and allows you to clear as many as two dozen rows at once (if you have the pro Tetris skills necessary, of course). This new mechanic is unobtrusive and you can certainly ignore it if you so choose, but taking advantage of it adds a simple yet brilliant level of strategy to the game.

Outside its core campaign, Tetris Effect boasts a swatch of additional modes and extra content. Of course, the main attraction in this release is its “Connected” multiplayer content, containing multiple different online modes that either put players together in a team or pit them against each other for competitive block-matching action.

Classic Tetris Attack-style multiplayer modes have players square off in one-on-one, while team-based boss rushes have three players collaborating – sometimes on a single screen – to take down an AI-controlled boss. Across the board, these modes call back to the multiplayer chaos of previous Tetrises like Tetris 99 through their online elements and competitive capabilities. Paired with similar surrealist imagery present in the campaign, the multiplayer modes ensure that players will have something to work on even after the credits roll. Occasional connectivity issues and long wait times before getting paired with other players certainly put a technical damper on the package, but these issues are minor as the online gameplay is solid as a T-block once you do get into a match.

Beyond some online hiccups, this Switch port is an immaculate translation of the that took the world by storm upon its first PlayStation release in 2018. Colors remain as sharp as ever and performance stays consistent even during the most intensive moments. Perhaps some textures are slightly less detailed than they are on more powerful hardware, but what truly matters is that the Tetris Effect experience in all its aesthetic glory has been seamlessly translated to a new platform – and perhaps even improved, as Tetris has always been a perfect match for portable hardware.

Even if you’re not playing on the shiny new OLED Model, Tetris Effect’s visuals pop on the Switch’s portable screen and hold up admirably in docked play as well. Clearly developed with passion and care, this port allows players to bring an uncompromised combo of sensory overload and endless puzzles wherever they go. The Switch has already had more than its fair share of magnificent Tetris spin-offs, but Tetris Effect has to be among the very best–if not the finest of the bunch.

There’s nothing quite like playing Tetris Effect Connected on Switch. It delicately balances white-knuckled panic and otherworldly serenity by blending its near-perfect gameplay with striking aesthetic verve. Bundling the experience up into the Switch’s small screen enables a more intimate take on this grandiose emotional journey, one that brings with it one of the best soundtracks to ever grace a puzzle game. Technical excellence and a slew of extra online content ensure that Nintendo players enjoy the full unblemished single-player and multiplayer experience. No matter whether you’re looking for a different kind of brainteaser to complement your expedition in Metroid Dread or you’re interested in a new take on a traditional formula, there’s nothing quite like connecting with the Tetris Effect.