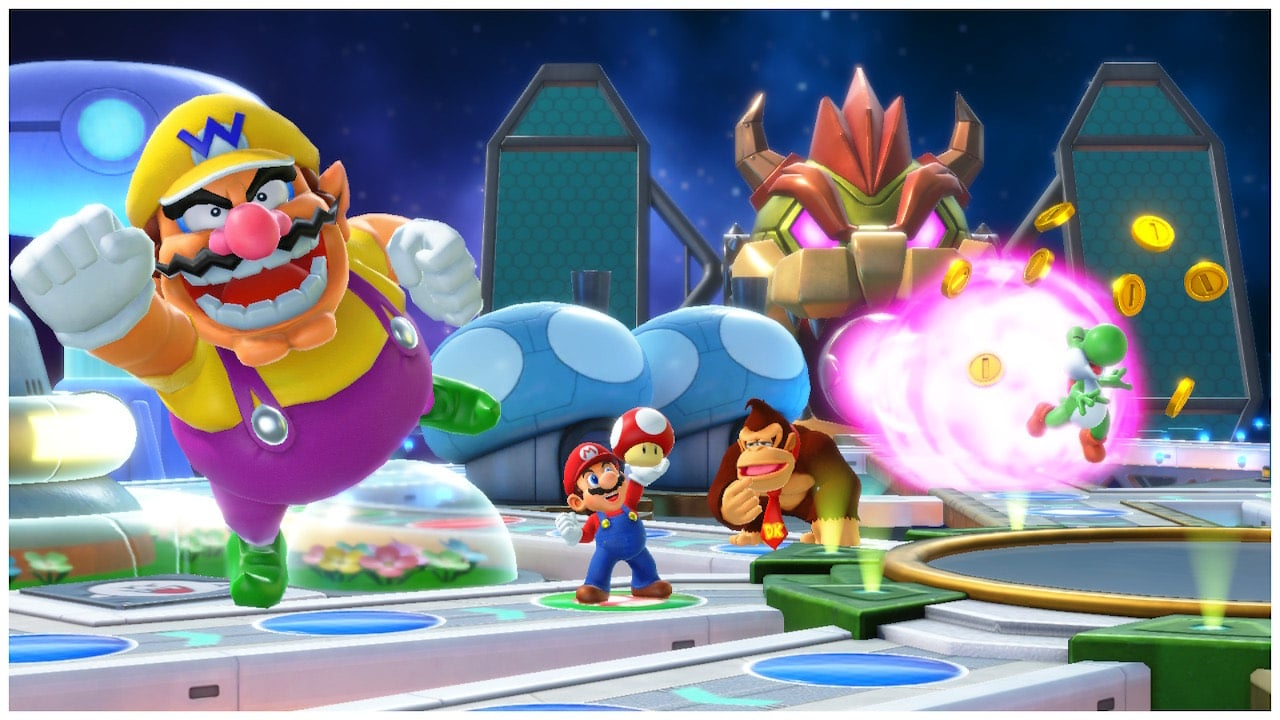 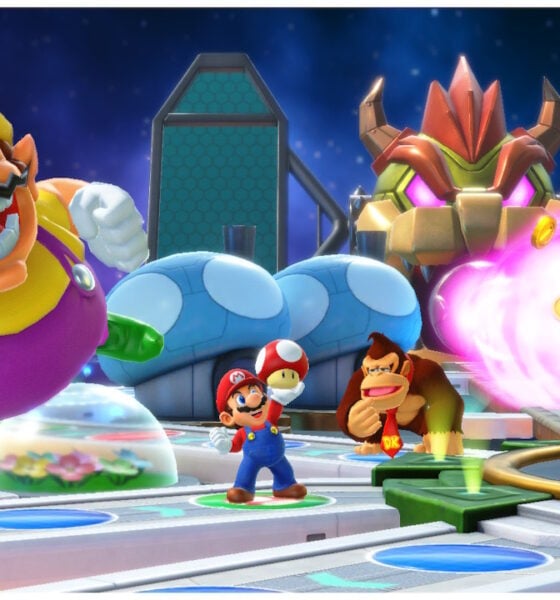 Crack open the champagne because Mario Party Superstars is a nostalgic hit.

Ever since defunct developer Hudson Soft was pulled from Nintendo’s hands by Konami, Mario Party has been on a turbulent journey skipping between few highs and many lows. The experimental years NDcube had taken the Mushroom Kingdom’s star-stealing celebration in for the last decade have always been traveling on a downward spiral. With 2018’s Super Mario Party finally being the decent break the franchise deserved, it was about time a shining light would save the seemingly hollow bash from another dragged-out occasion. Mario Party Superstars may be just a nostalgic banger for its celebrations of the past, but it is still the best game the franchise has had to offer since its final Nintendo GameCube days.

It unsurprisingly manages to prove that NDcube never needed innovation to hold Hudson Soft’s original idea on a high pedestal. Mario Party Superstars is the ultimate course correction the franchise has yearned for. It is a true remembrance of just a handful of Mario Party’s best moments that once made it a stellar multiplayer phenomenon. While some of its core aspects may take a more-is-less approach, its selection of boards, characters, minigames, and online features will not go unappreciated by any fan who has stuck around for more fun after all these years. Even for rising newcomers, Superstars will probably be regarded as the best Mario Party entry they have touched.

Back to the Beat

Mario Party Superstars is far from being a cash-in on the franchise’s Nintendo 64 glory days. While on the surface it may seem to only care for its original trilogy of titles, the game caters itself to the franchise’s ten previous numbered mainline entries. Containing five classic Nintendo 64 boards, 105 minigames from across Mario Party 1-10, and a slew of welcoming extras, it is quite honestly hard to complain about Superstars’ amount of content considering just how good it all is in culmination — again, even if it provides nothing new. It is a back to basics collection that thrives from its predecessors by carefully cherry-picking them together for one cohesive package.

For the core Mario Party mode, NDcube has ditched the four-player car mechanic, character-specific dice, and even the buddy system that Super Mario Party introduced in favor of the franchise’s old-school ways. If it has not become clear enough by now, Mario Party Superstars is the franchise at its basic and best; you go around a meticulous board, collect stars, screw over friends, buy items, and conquer minigames all for bragging rights. Only one player gets to shower in fame while the others wallop in shame.

Ditching the grid-based formats and harking back to Hudson’s ways of creating maps that feel more like adventures, NDcube thankfully opted to recraft its latest board selection with the utmost amount of care. Not only are the remastered Nintendo 64 boards absolutely striking to look at and listen to, but each has received modern accommodations that make them arguably better than their classic counterparts. While it is a shame that there are only five boards to choose from (one less than each of the original Mario Party Nintendo 64 games), the selection available provides a tremendous amount of variety and creativity. Yoshi’s Tropical Paradise, Peach’s Birthday Cake, Space Land, Woody Woods, and Horror Land all offer strategic thinking and are catered to being as meticulous as an actual board game experience.

As for the minigames, like with every other Mario Party title, there are some that miss the mark, however, the reasoning this time around is not because they are boring or unfair to always play. Superstars has quite a stellar lineup of choices from the ten mainline entries, yet there is a handful of repeating minigames that are quite literally one-to-one copycats of each other. Out of the 105 minigames available, a little over a dozen or so could have easily been removed without any noticeable consequences. Considering that mainline Mario Party games typically have about 50-70 minigames though, this issue does play a bit of a devil’s advocate — unless of course, the repeating minigames keep showing up during a match. The overwhelming number of minigames is ultimately something that will help ensure repeats never happen, even if players choose to select specific minigame types for their match.

Together, both the boards and minigames do not waste any space. Every location, instance, and scenario is bursting with as much charisma and joy as before.

Aside from the obvious lack of a sixth unlockable board and some duplicated minigames, Mario Party Superstars can disappoint returning Nintendo Switch players with its oddly minuscule character selection. Compared to its predecessor title, this entry cuts the first Switch game’s playable roster in half. At the very least, almost every playable character from Super Mario Party who is no longer controllable does return in the form of hazards and background scenary. It is a shame that some fan-favorites such as Bowser Jr. and Diddy Kong were left behind, yet the trade-offs for an overall lack of content in some areas can be rather acceptable. Each character has a ton of animations, and the boards and minigames are treated like royalty — that premium feeling just extends all around the game.

This sentiment is especially noticeable at the new Mt. Minigame area — the side mode that many modern Mario Party titles tend to hamper. It does not offer as many unique ways to play through its bite-sized bursts of challenges as past entries, but what players get is more than substantial. There are seven modes to dabble in at Mt. Minigame that utilize every category and matchup that the 105 minigames provide. Free Play, Tag Match, Trio Challenge, Sports & Puzzles, and Survival will no doubt be the go-to modes to play with friends looking for quick action. Meanwhile, the Daily Challenge gives players an entertaining obstacle worth checking in on every time they boot up the game. This mode allows players to compete in three minigames with an online leaderboard. As to be expected by the name, the three minigames are updated daily and all pertain to a specific theme.

The only mode in Mt. Minigame that players will more than likely not waste their time with is Coin Battle. While the dedicated coin collecting minigames can be useful interventions to the core Mario Party mode’s mayhem, they are definitely not a lineup of events worth having a competition for. No player would want to willingly play these minigames back to back as the majority of them could be as bland as just hitting the A button. The mode is still a fine addition and has a fun concept, but something around the lines of “beating different regular minigames for coins” would have probably been more suitable and engaging to take part in.

No Need For One Couch

Best of all, what Mario Party Superstars really gets right is adding an online mode that is efficient and simple to utilize. Readers will be more than happy to know that Mario Party Superstars has an incredibly reliable online connection when playing with friends — in fact, Nintendo must have been so proud of it that before players even get to see the title screen of the game they have to choose whether they are playing locally, on LAN, or over the internet. Not a single game I played online contained a second of lag and the optimization solutions to shaky internet connections were all appreciated.

If a player happens to lose internet connection, the game will replace their character with a temporary CPU until they rejoin. Getting back in and out of games is efficient. Mario Party Superstars’ online infrastructure should honestly set a standard for Nintendo’s future endeavors into the digital service. If my friends and I did not have to call each other without the use of a separate application, it would quite literally be perfect.

One addition the developers did make to also combat this problem though was the sticker feature. Stickers are Mario Party Superstars’ form of emotes, humorous and cute little pictures with maybe a word or three that display different emotions or actions. Like the character animations, the simple selection of stickers NDcube created for the game has a surprising amount of passion behind them. Even though they were more than likely included for online players unable to communicate with one another, stickers are a cheeky new iteration of the “annoy mode” buttons from previous Mario Party games. They may be as tame as you can get, but no one will deny how much fun they can be to use during select moments of both local multiplayer and even online matches.

Mario Party Superstars may not offer anything original for the franchise, but it absolutely is a blast worth cracking the champagne open for. After years of misfires and tone-deaf backward attempts to take the franchise in new directions, it was about time that Nintendo and NDcube gave in and took Mario Party back to where it thrived most. Mario Party Superstars is a full return to form, and the result is nothing short of fantastic. Perhaps it may lack that wanted high number of boards, a larger array of playable characters, and spreadsheets of unlockables, but its new online capabilities and careful recreations of classic boards and minigames are so welcoming that it is impossible to be upset.

If you have been waiting to head back to party town since the Nintendo GameCube days of Mario Party came to an end, Superstars is everything you have been waiting for. Mario Party Superstars is a top-tier celebration packed with every bell and whistle that once made the franchise an exciting yearly event. We can only hope that Nintendo either expands upon this entry or lines up a GameCube revival next.