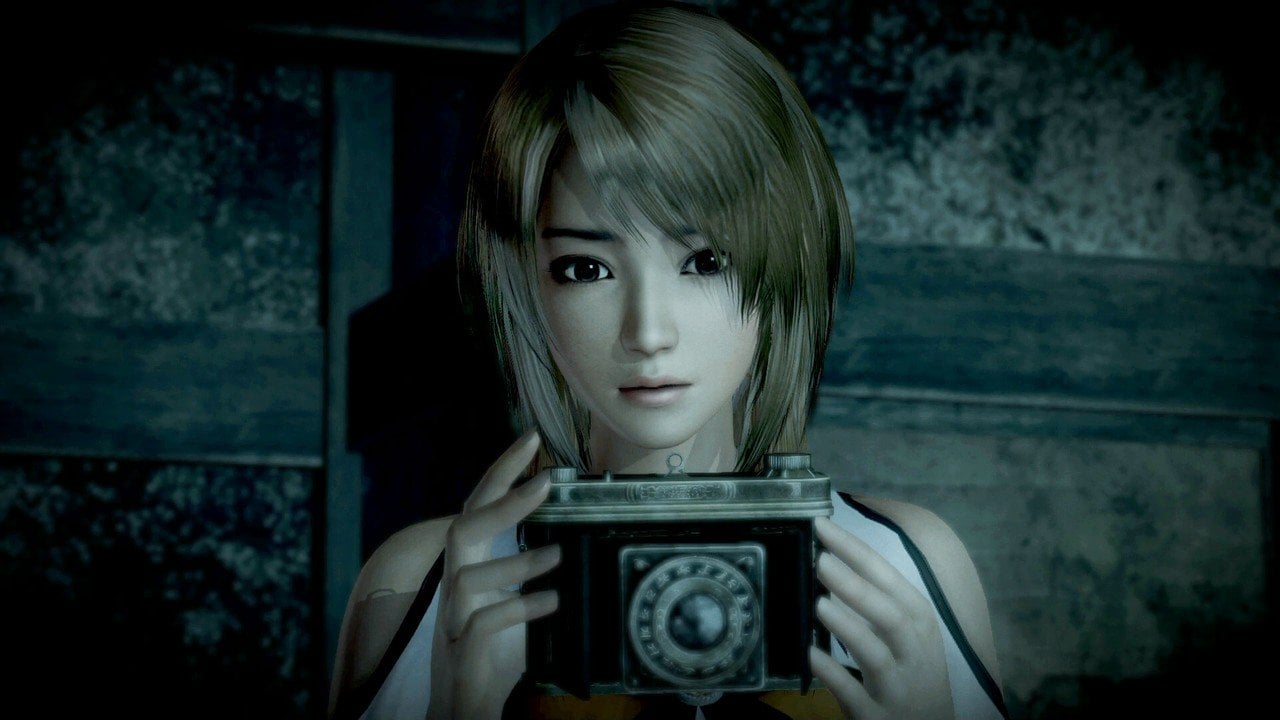 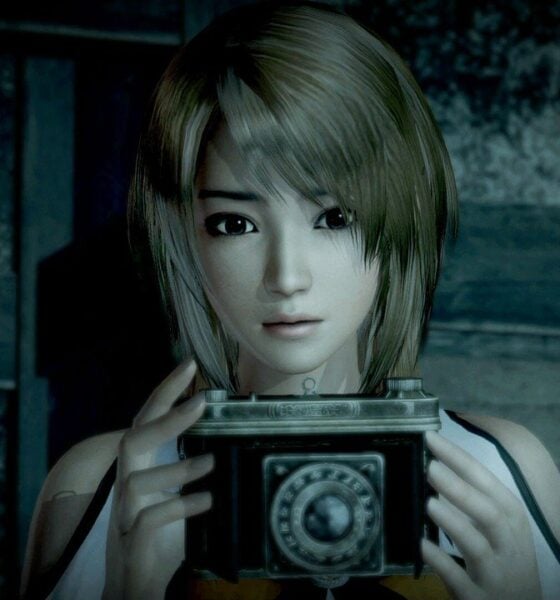 Fatal Frame: Maiden of Black Water Is a Portrait of Terror

Just in time for Halloween, Fatal Frame: Maiden of Black Water is a celebration of an iconic franchise on a new generation of hardware.

“Beautiful horror”. It sounds like a contradictory phrase, but in practice makes perfect sense. Great horror is alluring. There is a thrill to be found in the grotesque and the disquieting. In Fatal Frame: Maiden of Black Water, a remaster of a WiiU exclusive, there is a captivating horror experience at hand, despite the content of the game being several years old. While some design elements feel clunky, the core of Maiden of Black Water is disturbingly scary. Jumping to modern consoles for the first time, this is the definitive way to play.

The Fatal Frame series, like the Silent Hill and Alone In the Dark franchises before it, has not seen a new entry in years. Maiden of Black Water is an updated version of the fifth Fatal Frame game, originally released on the WiiU in 2014. Polished to a mirror sheen, especially on the PlayStation 5, Maiden of Black Water drips with atmosphere. For players new to all things Fatal Frame, it is an excellent introduction; for longtime fans, it is a welcome addition to the most recent family of consoles. This release may hint at a potential revival of Fatal Frame but even if it isn’t, this is a worthy addition to any horror fan’s library.

In the original Fatal Frame on the PlayStation 2, players were introduced to a new kind of survival horror. Rather than battle zombies or other monsters, players did their best to survive a gauntlet of Japanese supernatural horror tropes using only a magical camera. The developers made Fatal Frame with the intention of creating the scariest experience possible, and kept that philosophy for future titles. Fatal Frame: Maiden of Black Water feels like a culmination of that ethos.

This particular title features a trio of protagonists exploring the haunted Mt. Hikami. In each chapter, players slowly make their way through forests, inns, caves, and abandoned houses, searching for clues on the whereabouts of missing people. But the main reasons for fear are the angry ghosts and vengeful spirits that plague the area. Players cannot battle their enemies in the traditional video game sense; instead, they must rely on the cryptic power of the Camera Obscura, whose film has the power to exorcise spirits. But the camera only works at a certain range, and getting up close and personal with ghosts is the only surefire way to defeat them. Baiting spirits into attacking and taking a photo right before being hit triggers the titular Fatal Frame, which lets players shoot multiple pictures without using extra film. Players earn points for defeating ghosts and taking pictures of skittish nonviolent spirits before they fade way. Points can be spent on consumables for future levels and upgrades for the camera, and even different outfits for characters.

On PlayStation 5 and Nintendo Switch, Fatal Frame does something special. The gyro controls give players a whole new way to be immersed. The viewfinder of the Camera Obscura can be tilted or turned by simply moving the Switch itself, operating similarly to other photography games like Toem or Umurangi Generation. It is easy to toggle these features on or off, but they’re worth experimenting with; while the WiiU may be gone, its wacky control schemes live on here.

It may seem random for an updated version of a seven-year-old game to release in 2021, but it hardly feels unwelcome. This version of the game is utterly gorgeous. The main character models look shockingly good, and the newly-added Snap Mode gives players the tools to create their own iconic horror scenes. In a game where photography is so important, it is fitting that this remaster features a robust photo mode. The technical bells and whistles are a highlight, but they would fall flat if Maiden of Black Water was not built on a strong foundation. Fortunately for horror fans, the theming and atmosphere are top-notch.

In Fatal Frame: Maiden of Black Water, characters are drawn to Mt. Hikami. There, sunsets are beautiful, and the sounds of creeks and waterfalls are always within earshot. But Mt. Hikami has a reputation, spoken about in hushed tones by locals and kept secret from visitors. The mountain has a hold on those who want to die. Once drawn in, no one can resist the pull of the mountain and its malevolent spirits.

There are three protagonists in Maiden of Black Water, each with their own motivations and reasons for ascending Mt. Hikami. Yuri Kozukata, Ren Hojo, and Miu Hinasaki all come to Mt. Hikami with noble intentions and cross paths with each other in different ways. For the most part, every character is trying to find someone who went missing, or else tracking someone else who tried to do the same. Mt. Hikami has a history of violence and suicides, and even the most well-meaning people find themselves dragged into the whirlpool of sadness and terror.

Players will find themselves traversing some areas multiple times over several chapters. What initially feels annoying becomes significant and layered with meaning after a few return visits. The creepy Unfathomable Forest might seem impenetrable at first, but seeing a haunted house loom out of the mists where there was nothing previously is a stomach-churning thrill. It’s the same with a certain doll-packed shrine. In an earlier chapter, the good-hearted Yuri explores the shrine with the intention of rescuing a lost young girl. In a later chapter, the player is able to use knowledge of the layout of the shrine to help guide Ren to a previously-hidden secret entry to the disturbingly-named Womb Cavern. Events and plotlines weave together effectively, even if there must be a certain suspension of disbelief at a certain point. How many times must a player chase after an NPC who has wandered off on their own, only to watch them be swallowed by the darkness that envelopes Mt. Hikami?

Tension and release are abundant throughout Maiden of Black Water, though player buy-in is important too. Mechanically, most Fatal Frame games force players to face their fears head-on, which has diminishing returns on the scares at hand. The first time a drowned shrine maiden comes flying out of a wall to smile creepily at the player is horrifying, but after a few attacks players can’t help but think about how to maximize their high score in any given combat encounter. Once players learn how to master the Shutter Chance burst attack, where they must line up five weak points in the viewfinder before clicking the shutter, combat stops being scary and starts to feel more like a first-person shooter, even if movement is deliberately slower.

For better and worse, general character movement is painfully slow. No character moves faster than a light jog, even when pursued by the titular Maiden herself. Doubly so when sloshing glacially through waist-deep water. Even reaching down to pick up items off the ground is a slow prospect, to say nothing of how long it takes to simply open a sliding door. It is easy to see the developer intent here: there is an undeniable buildup of fear from the simple act of a character reaching towards a door without knowing what’s on the other side. But the tension eventually dissipates, and the slow moment-to-moment movement kills momentum during subsequent playthroughs.

But even though fighting ghosts starts to feel rote after a time, the general atmosphere and tone of utter hopelessness never lets up. Fatal Frame: Maiden of Black Water tells stories of grief, sadness, and loss, from a cynical perspective. Many victims in the story had the misfortune of simply living in the wrong town at the wrong time. Gone is the sense of retribution and punishment present in many Western tales of terror; instead, characters are faced with the existential anguish of a ghost telling them to “stay until you feel like dying”. The lore of this game is heartbreaking, made more so by the fact that Mt. Hikami is based off of real places in Japan and elsewhere that have a penchant for attracting suicidal individuals.

Interspersed throughout the game are grainy videos of tragedies from Mt. Hikami’s past, violent events both supernatural and otherwise. These are the most effective and most disturbing parts of Fatal Frame. Every chapter is summarized in text at its beginning and end, giving the entire game the feeling of a horror story told by a campfire or a cautionary fairy tale, and these cutscenes do a phenomenal job of cementing the legacy of Fatal Frame.

That the mechanics feel a little dated may be a boon to certain players. Even at its most fraught, Maiden of Black Water is never that difficult. Ghosts may seem gruesome and dangerous, but they tend to only attack one at a time, and there are ample healing items strewn over levels for those who take the time to explore. The fact that players can put their character in a cutesy goth outfit does a lot to diminish the sense of fright. Fatal Frame as a series may have always had the intent of terrifying players, but this is also the franchise that lets players dress up their characters in maid costumes and clinging bathing suits. It’s a perfect balance of cheesecake and fear, and an excellent entry point for newcomers. Sometimes scary games have hurdles to overcome, and this particular Fatal Frame will likely be the first for many players. Maiden of Black Water is scary, but it isn’t too scary, and that goes a long way towards helping players actually complete the game.