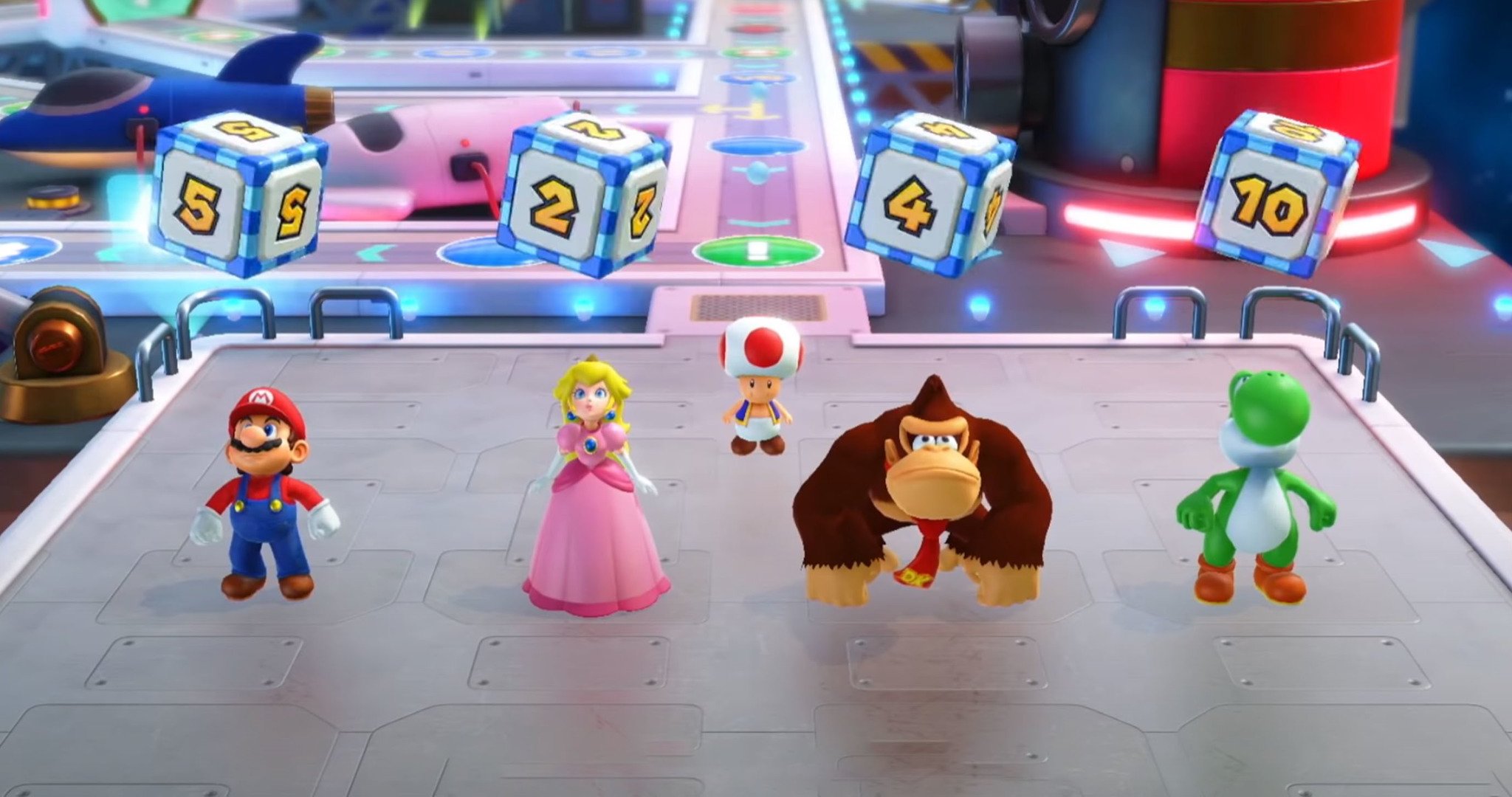 With the release of Mario Party Superstars this week, Nintendo and NDcube have finally brought their party franchise back to its beloved roots. Peach’s Birthday Cake, Yoshi’s Tropical Paradise, Horror Land, Space Land, and Woody Woods are back in glorious high-definition as Mario Party Superstars goes all-in on being a blast from parties past. Its selling feature may just be remastered iterations of classic maps from the Nintendo 64 trilogy, however, the game’s returning selection of boards still offers as many thrilling opportunities to scream at friends and claim bragging rights as they ever did before. This is our ranking of the worst to best boards to play on in Mario Party Superstars.

Editor’s Note: This ranking was created by accounting for the technicality and depth within each of the five boards.

Being the only map remastered from Mario Party 3, poor Woody Woods is a mildly frustrating addition for Superstars‘ lineup of boards. It is far from being a bad stage to squabble on for an hour with friends — in fact, all of Superstars’ boards are great — but when compared to its companion locations it is a bit lacking in hindsight. Woody Woods comes off as a beautiful-looking board with a great layout and a dull premise. It has always been Mario Party 3’s flawed board. The map does contain a mechanic unseen in Superstars’ other offerings, but no matter how original it may stand against its competition there is no denying that the directional gimmick is practically bogus.

The Monty Moles sprinkled around Woody Woods that change the player’s path direction is a striking hindrance to Mario Party’s main idea of creating a multi-turn game plan with items and events. Even if it may not be anywhere as punishing as its Nintendo 64 counterpart, the inclusion of the randomized directional changes bank too much on redundant chance to create artificial depth. Ultimately what players get is a board with an ample amount of actual tactics to win and a whole lot of praying that the moles will be in your favor. Had there been a systematic flow to how the paths change, Woody Woods could have potentially been one of the game’s best boards.

It may rank on the bottom half of this list, but no one should undermine the tasty adventure that is Peach’s Birthday Cake from both a visual and technical standpoint. With beautifully sugar-coated graphics and adjusted traversal options for its latest iteration, this particular board is unquestionably one of the more linear albeit meticulous maps that Mario Party Superstars has to offer. The cutesy atmosphere and bubbly music are deceptive to its overall fair luck-based design. At its core, Peach’s Birthday Cake is overflowing with legitimate strategies that rely on careful player decisions.

Peach’s Birthday Cake was intended to be one of Mario Party’s introductory pieces to the middle-tier difficulty boards. Despite the repetitive multi-layer circular design, it was one of the first maps designed to rely more on critical thinking rather than scheming a way to be first around the board. The Pirana Plant and Flower Loterry mechanics add a meticulous sense of chance to its structure that can either send players downhill, but there are also plenty of opportunities to make a glorious recovery. If there is any classic board in Mario Party Superstars that has been altered for modern conveniences, Peach’s Birthday Cake just manages to take the cherry on top by readjusting its consequences for a more balanced experience.

Yoshi’s Tropical Island from the first Mario Party game is as tame and mellow as the franchise can get. For being Mario Party Superstar’s main beginner-friendly board, Yoshi’s Tropical Island will guarantee an equally good time for newcomers and long-time veterans alike. It may seem innocent on the surface, but this colorful home of the Yoshis is a true paradise for Mario Party masters to make a mess in. Its small structure and adjacent star spaces define it as a board that welcomes and rewards players who care to make a strategic effort.

Yoshi’s Tropical Island is notably one of the franchise’s early boards where players can really heckle with their opponents’ outcomes because of its connected roundabout layout. Toadette and Bowser’s ability to swap star spaces and the toll-driven thwomps gating the map’s only crossable bridges all culminate into a string of cunning traps players can carefully utilize. The board’s mechanics certainly offer a quirky interference for casual goers having fun, but also a lot of room for hardcore fans to admirably gain the upper hand on their opponents. Those thinking well ahead of the game can trap their opponents on an individual island and reap the rewards as they continue to pass the star space on their isolated location.

Coated with different traps and tricks, Mario Party Superstars’ unaltered space colony is not a location the average player can bumble around in hoping to score some easy coins and stars. It may only be rated as a two-star difficulty board on the game’s menu, but Space Land is packed to the brim with complex maneuvers for players to cause destruction with or (more so) be the victim of. With excellent Skeleton Key placements and plenty of event spaces to land on, wandering across this particular board’s paths requires extreme caution.

The only real problem with Space Land can sometimes be its size. On matches going for 15 turns or less, Space Land is just too big to traverse in its entirety. Oftentimes in shorter matches, players will find themselves never getting to see almost half the board as many get trapped on the opposite side of Bowser’s laser cannon because of the Snifit Patrol’s efforts to push players to the back left corner — which is a shame because the board’s main attraction is always a visual treat to pass. Despite its enormous size, Space Land is still a blast to play on thanks to its ring of hazards — and of course that incredible galactic score!

Horror Land was always crafted to be that well-rounded Mario Party board players will be entertained by no matter how good their skills and planning actually are. Even after twenty years and 11 mainline entries, fans will still regard the original spooky Mushroom Kingdom mansion as a franchise highlight — heck, it was so beloved by the original Hudson crew’s staff that it went on to be the inspiration for all of Mario Party 6. It rightfully takes the number one spot for being the most convoluted yet accommodating board in Mario Party Superstars. There is a reason as to why the game itself has Horror Land labeled as the five-star difficulty board. The amount of traps and event placements outmatches the rest of the title’s board selection.

Even with its apparent overwhelming difficulty, grasping the routes and intricacies of Horror Land has always come off as impressively simplistic. Between the Boo star-stealing system, menacing whomp guards, and the day and night cycle, the board is constantly giving its four players equal chances to helm the winning position. It may not be close to Mario Party Superstars’ most impressive map in terms of visuals, but Horror Land is bursting with charm thanks to its overstuffed details within its illuminating times. Even if you hold the board in high regard or ill-hatred, there is no denying that the spooky waltz-like theme accompanying it will also be stuck in your head hours after finishing a match.