Mario Party used to be a great franchise. While millions of older gamers will wax poetic about the first three games in the series, I’d argue that the Mario Party franchise was still great even throughout the GameCube years. Each release introduced fun new ideas–like the day and night cycle from Mario Party 6 or Super Duel Mode from Mario Party 5–that actually added to the games and made them significantly more interesting to play.

Indeed, before the decision to make all the characters ride in one car, reduce the game boards to linear pathways, and strip away the fun mechanics and modes the series had become known for, Mario Party was one of the best local multiplayer franchises on the market. 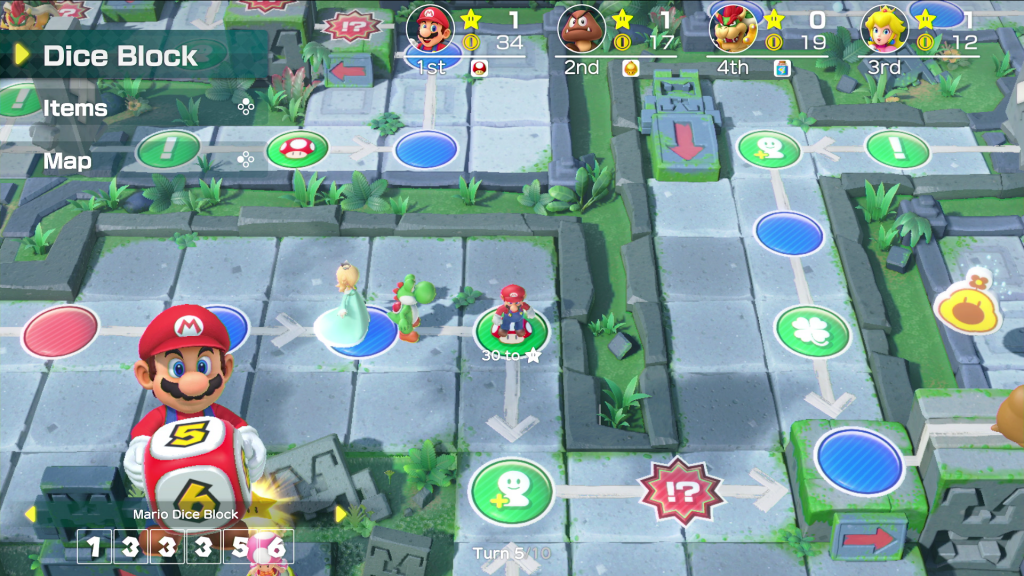 Even though Nintendo’s E3 Direct might not have landed the way some people would’ve liked, Super Mario Party was definitely a highlight. The two things that we can gather from the Super Mario Party reveal trailer are 1) the game is bringing new innovations to the table, and 2) it’s simultaneously going back to its roots.

Right off the bat we’re introduced to a new wrinkle: specialized dice. Instead of the typical single dice that could be doubled or tripled via mushrooms, there are now character-specific dice that each have a different pattern of numbers on them. We know these don’t have to be used by certain characters (we see Mario use a Yoshi die, after all), but how are they acquired? And are the numbers on each always the same? 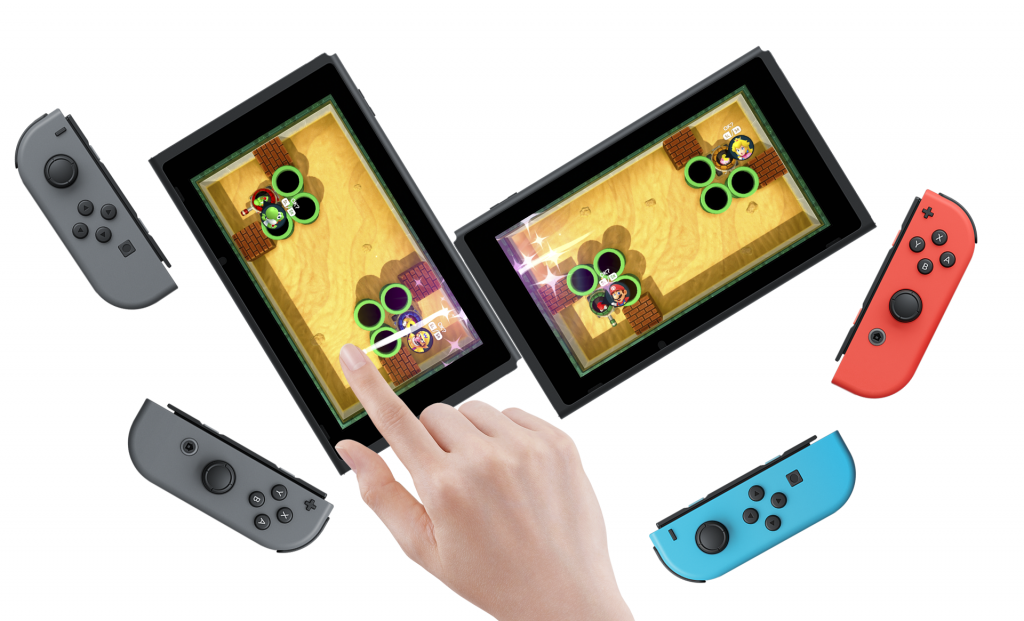 The most interesting new innovation by far is “Toad’s Rec Room mode,” a new play style where two Switches can be lined up beside each other and seamlessly used as a single screen. We see it being used in a straightforward-looking tank minigame, but it’s the possibilities of this new play style that make it so exciting. What other kinds of two-Switch minigames did the devs think of for this new mode? It’s things like this that make me actually excited for a Mario Party game can be in 2018.

On the other hand, most of the Super Mario Party reveal footage is quite nostalgic. Individual characters are back to roaming around the game board, no longer confined to sharing a single car. Game boards themselves look like they’re back to being open-ended and full of little events and secrets. Instead of racing to the end of a path, players are back to racing their way to stars scattered around the map. This is the classic format that long-time fans have been yearning for for over a decade now. 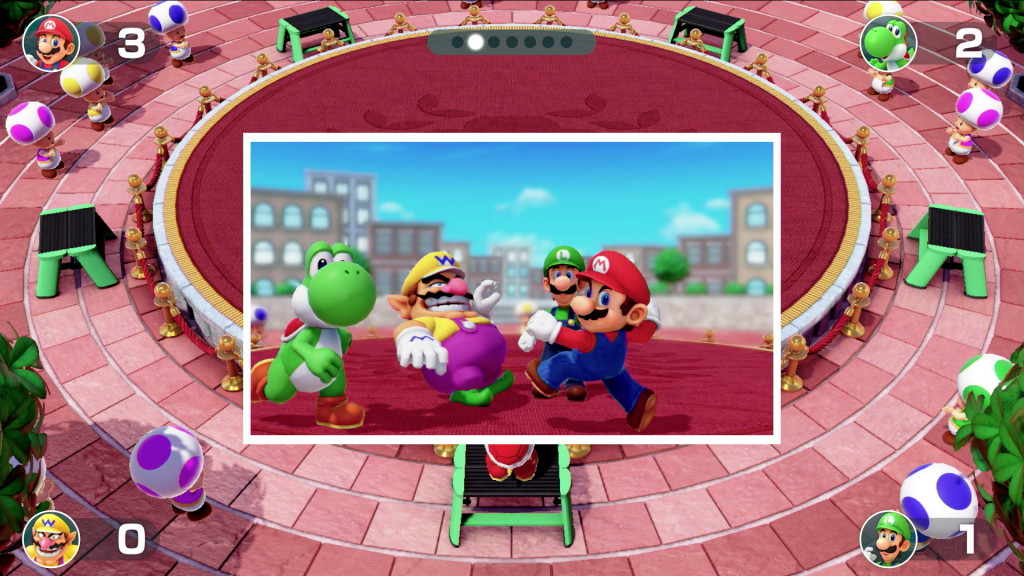 Super Mario Party genuinely looks great. The presentation is clean, polished and full of the colorful charm the franchise is known for. Nintendo confirmed that there will be 80 all-new minigames, a number comparable to the second and sixth entries in the series. The trailer itself shows off exactly half of those, including five 1v3 and eight 2v2 minigames.

Despite not knowing anything about Super Mario Party’s game modes (fingers crossed for multiple solo and minigame modes), there definitely seems to be a fair deal of variety here. Many wrote the Mario Party series off years ago, but Super Mario Party might be a sign that Nintendo finally realized what made the older games so beloved. Here’s hoping that suspicion is confirmed this October.