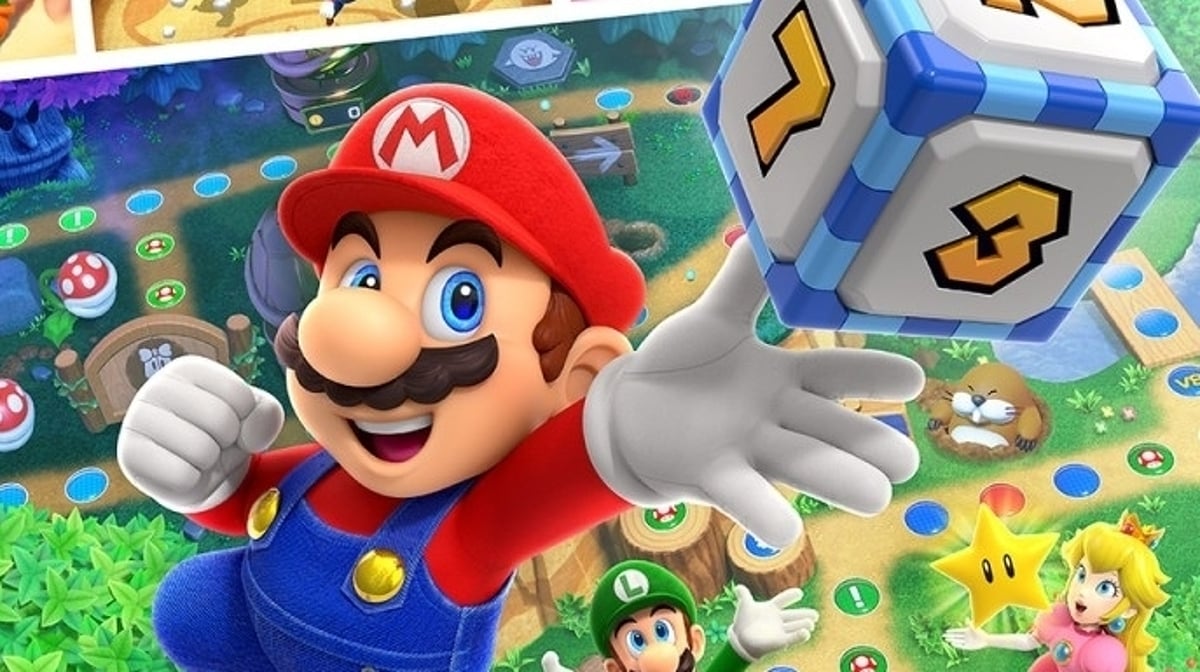 Based on First Impressions, Mario Party Superstars is Looking Like a Clear First Place Winner

The gates of party town will soon be unlocked once again and the results are looking more promising than ever before. During Nintendo’s E3 2021 Direct, the company unveiled NdCube’s latest multiplayer project following Clubhouse Games: 51 Worldwide Classics. After 2018’s Super Mario Party was faced with praise and criticism across the board, NdCube is putting their best foot forward to bring the series another step closer to reformation. Years of fan outcry and unpleasant design decisions have continually hampered Mario Party’s legacy, but Superstars might just be exactly what the series has always needed. Unlike the half-step return that was Super Mario Party, Mario Party Superstars is looking like a complete turnaround to glory. It is evidently focusing on remastering what fans love, but in doing so it is also fixing what they dread — based on first impressions, at least.

First and foremost, Mario Party Superstars is already starting strong by wisely building itself on top of the solid foundation of its predecessor — and that is not just in terms of graphics or gameplay changes. Super Mario Party certainly was not perfect, but it is clear based on the first trailer alone that some of the simple longtime requested features that plagued the launch of the previous title are being confronted headfirst.

Super Mario Party may have added online features to its core modes almost three years after its release, but Superstars will thankfully be fully playable with friends across the world right from the get-go. On top of being able to play with others online, matches with friends can be saved at any given time in case you need to stop the party and continue at a later date. No longer will players have to stall to keep everyone in check whether it’s because they left to grab a snack, go to the bathroom, or even had to simply leave the game.

So right of the bat, NdCube has already fixed a key feature of the previous entry that needed immediate changes. However, those adjustments do not just seep into the accessibility aspects of Superstars. The look and playstyle of the title itself are attempting to be more in line with the classic Mario Party entries (1-8) that fans have yearned to return to. Even if the game just features remastered boards and mini-games, those iconic playgrounds and their toys are being modernized to not just fit in with what Super Mario Party attempted to achieve but recreate their source material far more accurately.

While Superstars is inheriting Super Mario Party’s superb graphics, it is ensuring that fans are no longer walking on a boring point A to B grid-based board or suffering from controller restrictions. Peach’s Birthday Cake and Space Land look exactly as how fans would remember them: a more adventurous format of level design and perspective. Looking at any of the returning boards revealed so far, players are no longer walking in a square with straight lines going only up, down, left, and right. Traversing the reimagined boards looks more like the unpredictable quest it once was. In short, the maps are once again filled with personality as they are chock-full of unique details and, more importantly, interactive aspects that will increase tension between players.

The best part of Mario Party Superstars’ reveal, however, came directly after the Nintendo Direct once the company’s Treehouse crew began demonstrating the game to confirm something fans have begged for. Whereas Super Mario Party bound players to only being able to play the game with joy-cons, Mario Party Superstars will be compatible with all Nintendo Switch controller formats — that’s right, pull out the pro controller, grab your Switch Lite, and probably pick up those old abused GameCube Wavebirds that are already plugged in for Super Smash Bros. Ultimate because they will all be usable once again. Superstars is truly going back to the classic button-led playstyle and is bringing back Nintendo’s philosophy of allowing everyone to play.

Super Mario Party’s decision to rely on motion controls may have initially seemed like a choice to help broaden the game’s audience, but in reality, it was crippled by it. Players were given fewer options to play despite the fact that the Nintendo Switch ironically has an admirable number of controller options to pick from. Extra Nintendo Switch controllers — specifically the joy-cons players were forced to utilize before — can be pricey and not everyone enjoys using motion controls for the majority of their games. Clearly, the developers learned from their mistake; NdCube and Nintendo have even gone as far as to list button controls on the game’s eShop page as a major new feature.

Mario Party Superstars will launch on Friday, October 29th, yet what the game already offers looks like enough to satisfy veteran and rising fans returning to the series. All signs are pointing towards Superstars being an entry that is filling in the larger cracks the series has suffered from for so long. Super Mario Party was evidently a step in getting Mario and the gang’s celebrations back on track, but this upcoming release looks to be a major step up from that effort. While the changes may not sound huge on the surface, there is no doubt that Mario Party Superstars could potentially become the best Mario Party game in years thanks to its return to what made it so great in the first place. Hopefully, the five boards and 100 mini-games will not be NdCube’s finish line as they bring Mario Party back to the multiplayer pedestal they once reigned supreme on. It really is looking like a superstar collection all around.