Mario Party games have a strange place in the Mario Universe. Giant dice blocks, cubic steaks, and star-stealing Boos aside, Mario Party has become the go-to place to play as Mario characters that nobody knew they wanted to play as. Players have had the opportunity to take on the role of Boo, Blooper, Shy Guy, and even Hammer Bros in previous parties. Now that this newest iteration has welcomed Goomba, Pom Pom, and even Monty Mole, the sky is the limit as far as characters who might join the party. Here are 7 characters that would be fun to play as or against in the next Mario Party game. 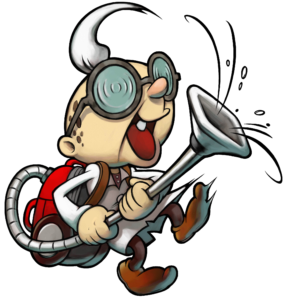 Professor E. Gadd is not a frequent feature in Mario games, mostly being relegated to support roles in Luigi’s Mansion. As those games have become more numerous and more popular, however, he’s had more than his fair share of screen time. He’s become a staple of the franchise, with most crazy inventions and strange gadgets connecting back to him in one way or another. With all that time playing support, he deserves his chance to be in Mario Party. Plus it would probably be funny to see him jumping around and throwing punches in minigames. 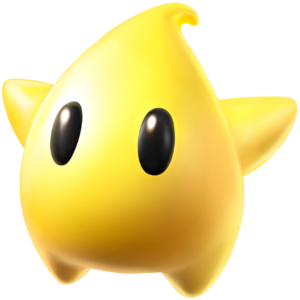 Originating from Mario Galaxy, Lumas’ have pretty much stayed there for the past 10 years. They show up in the background of some space-themed levels, but mostly they’re reserved for whenever Rosalina has a victory animation in a sports game. It would be kind of cool to control one and walk around a game board. It wouldn’t be any harder to program and animate than Blooper or Boo, and it would be incredibly entertaining to watch them smack Rosalina with a giant hammer or something. 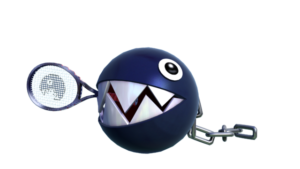 Chain-Chomp made his all-star debut as a playable character in Mario Tennis Aces and he took the world by storm. His eagerness to win, his stoic determination, and the adorable way he holds the racket with his teeth made him the fan favorite of the game. Adding him to Mario Party may be a bit trickier, as sometimes Chain Chomps are used as obstacles in minigames and that might get confusing. But everybody who played Mario Tennis Aces knows that bringing the sharp Pac-Man to the party scene is a no-brainer. He doesn’t have hands, but that didn’t stop Goomba and it sure won’t stop him.

Super Mario Bros. 2 has a very strange place in the rest of the Mario canon. It’s not supposed to be a Mario game at all, and it even takes place in a dream, which means that none of the enemies are generally considered part of the Mario universe. Despite that, many Mario 2 alumni like Shy Guy and Birdo have become a bigger part on the Mario universe. With that said, take a deep dive into Mario 2 and bring out Ninji; those ninja guys that jump up and down. They’ve made a few appearances in Mario games since their introduction and bringing one into the party would be no weirder than Monty Mole or Pom Pom. 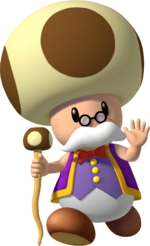 Toad himself is often in charge of organizing and hosting the parties, which means he can’t be relied on as a playable character. The next best thing would be Toadsworth! There’s not a lot of people begging to include this wise old toad into a Mario Party game, but it would increase the level of playable toads in the series while also giving players something interesting to talk about. Plus many players would relish the chance to thoroughly annihilate him in a game of Hexagon Heat or Dodge Bomb. 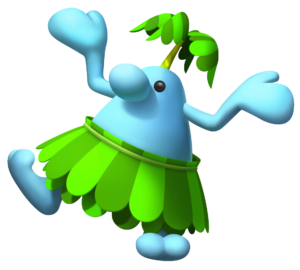 These Isle Delfino natives are no strangers to a good party game, having appeared in Mario Superstar Baseball already. Often they’re seen as spectators in the stands of the various sports games, but their enduring humanoid appearance and lack of desire to kill Mario make them more suitable to be in Mario Party than half the people there today. They’re goofy looking and fun, and aren’t playable nearly enough considering how often they appear in games. They’ve never even been allowed to race karts, and those games were so desperate for characters that they turned to Baby Rosalina. 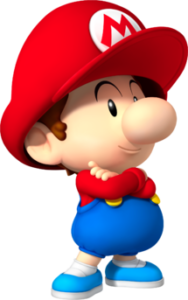 How has Baby Mario not appeared in a Mario Party game yet? He’s been in basically every other Mario game that lets more than 2 players play at once. He’s been golfing, racing, tennising, and longer than many Mario characters have even existed. It seems like a gross oversight to not have him represented in any Mario Party games at all.

So, there they are, 7 characters that would be awesome to see in the next Mario Party game, or even a Super Mario Party DLC. Not all of these characters are winners, but each would be interesting to see brought to the forefront as playable characters. It’s not like Mario Party has been exclusive with its invitations either, so these are all decently possible options. Leave a comment below with a character you think should make it into Mario Party!