Tonight’s the night where every house across the world becomes haunted until dawn. From vengeful vampires to the pernicious poltergeist, to Mario and Luigi tearing up your neighbourhood. Tonight is the perfect night to celebrate a Nintendo classic that spooked us when it began on the Nintendo Gamecube. Power up your Poltergust 3000, we’re revisiting Luigi’s Mansion.

It’s no secret Luigi had been in Mario’s shadow for almost two decades. Not that Luigi’s Mansion was the first game where Luigi had the starring role (Mario Is Missing! on the NES) but it was definitely that most iconic. The beauty of its exemplary status laid in its imaginative game design; although the game could be completed within six hours.

The plot itself is simple. Luigi wins a mansion in a contest and promptly tells Mario about his victory. They agree to meet up outside the mansion. Upon arriving, he notices the mansion looks much more sinister than the picture had suggested, and that Mario was nowhere to be found. Luigi proceeds inside the mansion but is assaulted by a Gold Ghost upon entry. Luckily, Professor Elvin Gadd arrives with a vacuum cleaner to save the day. Such was the mystery of the mansion, it is soon revealed that it had only appeared a few nights ago. King Boo had created it as a shelter for ghosts that had previously been captured by the professor and promptly freed by the King himself from their canvas enclosure. From there on, wielding the Poltergust 3000, Luigi must save Mario from his imprisonment in the mansion. 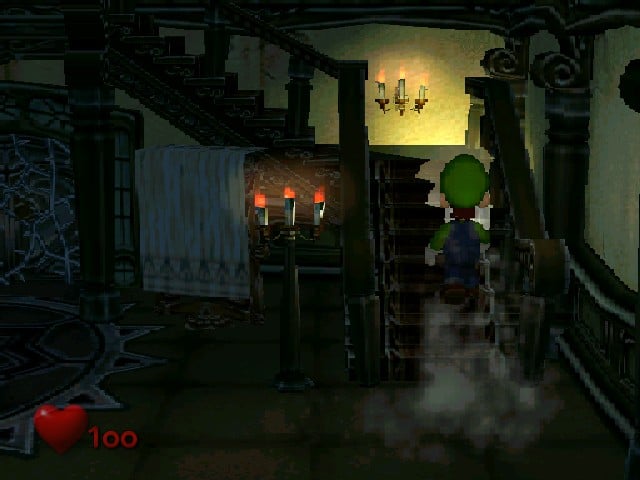 The debut of King Boo is perhaps one of Luigi’s Mansion’s greatest achievements. He is cunning, clever, and rather caring for his boo minions. The capture of Boolossus in a painting prompted King Boo to attack Professor Elvin Gadd’s laboratory in the first place. The letter stating that Luigi had won a mansion was sent by King Boo as an attempt to enact a plan of revenge upon the Mario Bros. He nearly won.

An accomplished antagonist is one of the reasons Luigi’s Mansion remains such an iconic game in Nintendo’s vast catalogue. It would be wrong, however, to not mention the advancement in gameplay it offered at the time. The two-stick control system was a big change for Nintendo. One analog stick manipulated Luigi, the other his flashlight and vacuum. After playing the Nintendo 64, this could be difficult to master, but once familiar it works ingeniously. From there on you can move Luigi around the mansion, whilst sucking ghosts into your vacuum at the same time. Groundbreaking. 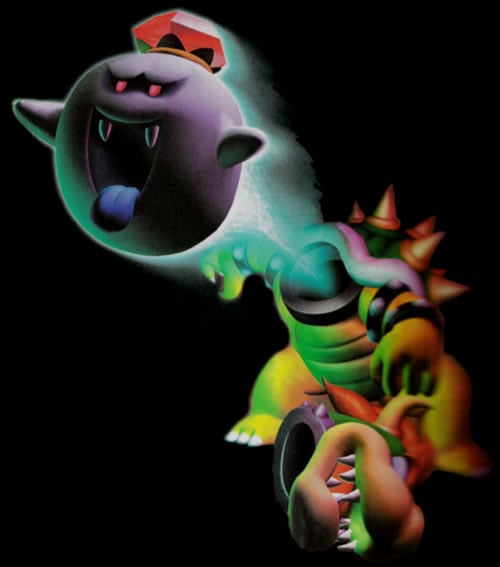 Ghosts and vacuums haven’t had the best of years. This unoriginal concept, however, is rather cute and definitely amusing in Luigi’s Mansion. The Portrait Ghosts also provide tricky puzzles to capture them. Lydia, for instance, required Luigi to use the Poltergust 3000 on a curtain, forcing her to move towards the window and allowing the player to brighten her day with the flashlight. The necessity to complete the puzzles to advance provided a challenge that would have been much needed had it not been there. The simplicity to the gameplay required scenarios that stumbled the player, and it delivered.

The graphics had an abundance of personality, with Luigi himself  expressing emotions such as fear and happiness. The lighting and shadowing physics were breath-taking. The flashlight would cast shadows onto walls and objects with clinical accuracy. It was also apparent that Luigi could cast his own shadow onto any object too, with real-time light sources impacting everything in the mansion. Luigi’s Mansion was a launch title, so it’s beautiful graphics were no doubt a technology demo on Nintendo’s part. 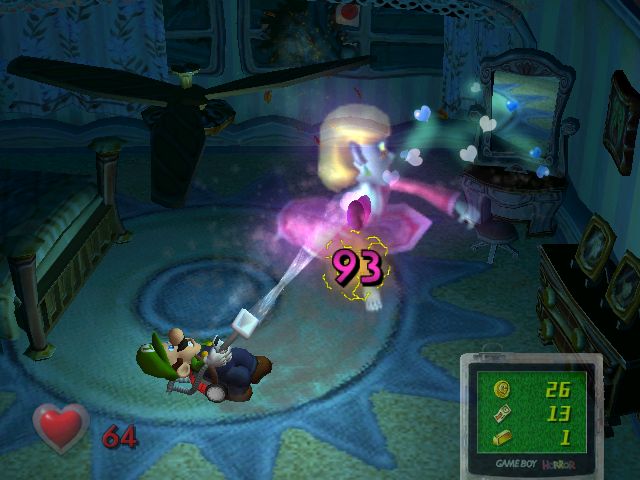 Unsurprisingly, there are a few easter eggs. A favourite has to be a reference to Jabba the Hutt from Star Wars. If you go talk to King Boo before getting to his final encounter, he will refuse to release Mario, stating:

“No, no, no. I will not give up my favourite decoration. I like Mario just where he is.”

This mirrors the famous quote by Jabba the Hutt when talking about the frozen Han Solo. It’s worthwhile mentioning that both Han and Mario have the same gestures whilst in their respective prisons. 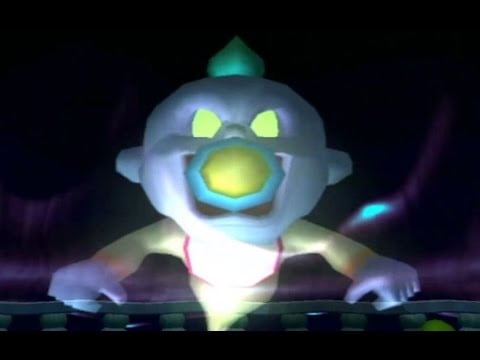 Now for a truly terrifying scare this Halloween, head up to the Guest Room on the second floor.