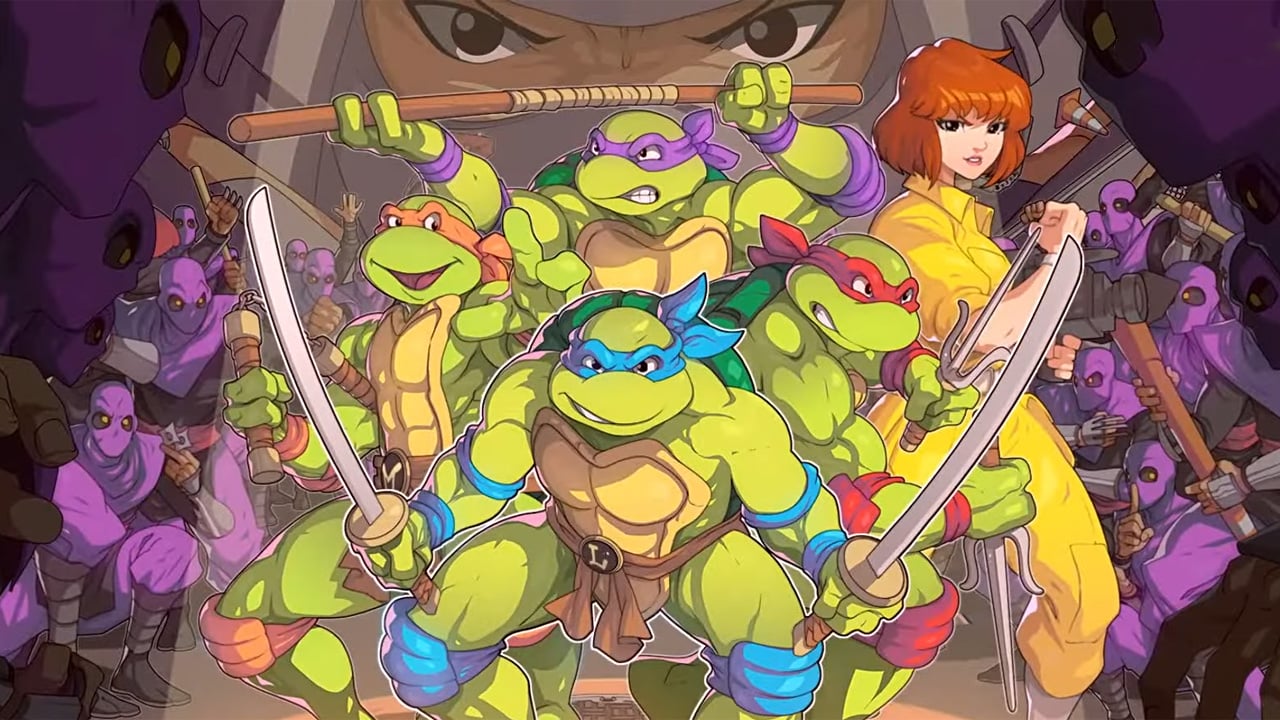 Teenage Mutant Ninja Turtles: Shredder’s Revenge is the product of a match made in beat ‘em up heaven. The long-running TMNT franchise has a proven legacy across both television and gaming, both as one of the definitive Saturday morning cartoons and as a series of genre-defining brawlers like 1991’s seminal Turtles in Time—and perhaps there’s no one better to carry on that legacy than Dotemu, the minds behind the glorious revival Streets of Rage 4, and Tribute Games, the makers of the much-beloved Scott Pilgrim vs. the World. The result? Possibly even more radical than could have ever been imagined.

With Tribute handling development and Dotemu in charge of publishing, Shredder’s Revenge is pure and simple fun. It’s everything that made the beat ‘em up genre such an arcade mainstay, with a simple yet intoxicating gameplay loop wrapped in an endearing celebration of the Turtles franchise. Whether playing alone or with friends, Shredder’s Revenge is hard to put down—it’s about as bodacious as a brawler can be.

Nearly every part of Shredder’s Revenge feels like a love letter to its series, a characteristic that is especially evident in its narrative and setting. The game takes after the 1987 cartoon in its representation of the Turtles universe, set in a version of New York City that looks like it stepped straight out of the 80s and 90s. The campaign sees our heroes in green—alongside their allies Master Splinter, April O’Neil, and Casey Jones—setting out to face off against Shredder once again, who has rallied the Foot Clan as well as classic antagonists like Krang, Bebop, and Rocksteady in another effort to seize control of the Big Apple. That’s about as deep as this story goes, but it’s more than enough impetus for an action-packed journey spanning locations and characters from throughout the series.

The entire campaign bursts with reverence for the source material: nearly every frame, whether it be in one of the game’s 15 levels or one of its brief yet beautiful pixelated cutscenes, is crammed with callouts to the original series and charming personifications of the classic characters. Even a handful of actors from the original 1987 cartoon lent their voices to the game for a handful of spoken lines, making the campaign at many times feel like a playable episode of the show. While those who wanted more substance in the story may be left wanting more, as there isn’t much by way of cinematics in the game–each cutscene typically features only one or two spoken lines–what little we have is more than charming enough to scratch that nostalgic itch for longtime fans, or intrigue newer audiences.

Yet the gameplay is where a beat ‘em up hits hardest, and that is where Shredder’s Revenge is at its absolute best. The gameplay loop is the definition of simplicity: players walk in a (typically straight) line through a series of 15 linear stages, fighting a continuous onslaught of enemies along the way before facing a boss battle at the end. There are hardly even any complicated combos to memorize or hidden techniques to master: each of the seven playable characters uses the same button prompts for a series of basic attacks and a handful of special moves. For the most part, merely mashing the attack button is a decent enough strategy.

And that simplicity is exactly what makes Shredder’s Revenge so brilliant. Rather than overwhelming players with complicated movesets, Shredder’s Revenge focuses more on taking the same basic sets of abilities and re-applying them to new situations, new combinations of enemies, and new set pieces. There is a constant stream of new foes to face as well as environmental hazards to consider. Adding onto all that, while the controls may remain the same across each fighter, every character features unique abilities and stats that make them feel entirely different, requiring distinct playstyles. The result is a campaign where each level feels distinct and, most importantly, memorable. No matter whether you’re fighting your way through a Foot Clan-infested mall or you’re speeding over Broadway on a hoverboard, Shredder’s Revenge is just as satisfying and surprising.

That gameplay description may sound identical to the experience of playing other classic beat ‘em ups like the Streets of Rage series—and that is entirely by design. Shredder’s Revenge is hardly anything new, but it takes the formula as established by the classics and polishes it to perfection. The controls are immaculate, and barring a handful of occasional glitches related to collision detection, each action is as responsive and impactful as can be. Its roughly three-hour story mode is more than substantial enough for its genre, and with collectibles hidden in each level as well as unlockable endings for each character, it’s easy to play through the adventure time and time again. Like any other game in its genre, Shredder’s Revenge is at its best when you’re playing with a friend or two or five—but even if you’re going it solo, the turtles’ latest adventure should satisfy.

If the TMNT franchise has been known for anything over the years, it has to be its attitude and style—both of which are beautifully represented in Shredder’s Revenge. While its pixelated visuals may be a departure from the hand-drawn projects most often associated with Dotemu, Shredder’s Revenge’s lush high-resolution pixel art is a sight to behold. From the detailed cityscapes that adorn the backgrounds to the minuscule turtles that peek over each character’s health bar at the top of the screen, the game is a masterclass in pixel art.

Even the animations have been tailored to perfectly convey each character’s personality: Michaelangelo stumbles and galumphs for his running animation, Donatello pulls out his Gameboy for his taunt, and April O’Neil literally drops her mic upon completing a stage, to name only a few examples. Character designs and environments are loyal to their iterations as presented in the 80s and 90s, but Tribute Games certainly put their own spins on the presentations of each character.

All this is perfectly set off with a soundtrack by none other than Tee Lopes of Sonic Mania fame, along with a host of other contributors (including some members of Wu-Tang Clan). Not only are there dozens of remixes of the TMNT series main theme (which is still, and always will be, the best cartoon theme song), but the music brings in genres as diverse as rap, hip-hop, and R&B. No matter the style, each tune is the ideal companion piece for this action-packed fight through NYC, a backdrop that makes every punch and kick all the more rewarding.

We’re living through a beat ’em up renaissance, and Teenage Mutant Ninja Turtles: Shredder’s Revenge is the very best to come out of it yet. Dotemu and Tribute Games have delivered a stunning package that not only celebrates nearly 40 years of Turtles history, but the end result is also an addictive beat ’em up that easily stands among the best of the bunch in the genre. Perhaps it won’t be quite as exhilarating with only one player as it is in groups, but the game still offers plenty to keep solo players returning time and again nonetheless. No matter how you play it, Shredder’s Revenge is sure to be a shell of a good time.