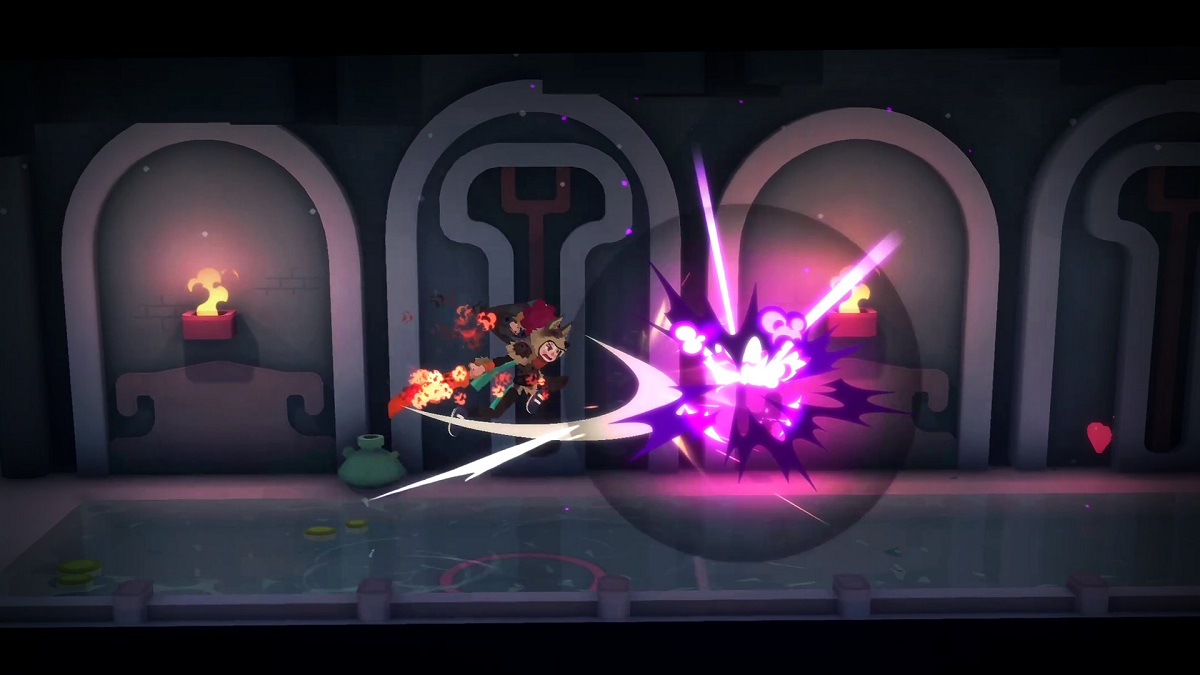 There’s been something of a beat ’em up renaissance in recent years. Be it critical darlings like Streets of Rage 4, fan favorites like River City Girls, or highly anticipated throwbacks like Teenage Mutant Ninja Turtles: Shredder’s Revenge, the genre hasn’t been this healthy in a long, long time. Enter Young Souls, an upcoming beat ’em up/RPG/dungeon-crawling hybrid that’s been making noise for years and is doing a whole lot to stand out from the crowd. After going hands-on with an hour-long demo, I came away optimistic that the team at 1P2P will be able to add to this recent deluge of releases rather than get swept away by it.

Jenn and Tristan are two scrappy orphans who were without any type of support until they were suddenly adopted by a kindhearted–but quirky–scientist. Now living together in a mansion on the outskirts of town, the trio seems to be living a calm yet uneventful life…until the professor mysteriously vanishes one day after what seems to be a home invasion, that is. It isn’t long after that the siblings discover a portal to another world that’s filled with benevolent goblins, hordes of violent monsters, and possibly the key to their guardian’s sudden disappearance.

The half-hour-long or so introduction to Young Souls does a solid job of establishing the primary settings players will find themselves traversing around: the overworld of Portsbourgh and the mysterious underworld of the goblins. Portsbourgh is a pretty yet unremarkable town replete with a litany of colorful characters brought to life with some incredibly sharp writing. Beyond serving as a change of pace from the dank goblin world below, however, Portsbourgh is also home to an array of shops where players can buy cosmetics to deck out the siblings and a gym where they can train in-between dungeon diving.

Customization seems to be central to the experience here. Everything from hats and shoes to swords and shields can be changed, and while some clothing items are just for show, many come with buffs that can be taken advantage of. For instance, the demo featured three pairs of shoes: one that granted a higher max HP, one that increased running speed, and one without any status effect boosts. Players even have to consider the weight of their gear as a heavier set means slower movement in and out of battle.

Things get more interesting still when players make their way to Goblin Street, an underground market where gear can be upgraded at a premium or bought outright depending on what’s been unlocked. There’s some serious depth here, with certain weapons being able to inflict status effects like Bleeding and Poison while certain armors can increase resistance to elemental damage types. Though only two shops were open during the demo, it seems as though more vendors will become unlocked as the story progresses.

Of course, none of this matters without engaging combat that make the grind to earn money for better gear worth it, and thankfully Young Souls delivers in this regard. The mechanics themselves are relatively simple; multiple taps for a light combo, hold down for a heavy attack, shield to avoid damage (though that can be broken through by more powerful enemies), and shield at just the right time to parry and open an opponent up for more attacks.

Where things get exciting is when enemies are grouped together in hordes and have access to the same weapon buffs that players do. One moment I was dodge-rolling around and slicing spiders down tactfully, and another I was caught off-guard by a goblin with a poison dagger. My health starts to fall, more enemies spawn, and suddenly every movement has to be much more deliberate than the typical hack and slash requires. It’s a simple system bolstered by smart encounter design and solid enemy variety (how this keeps up over hours of play remains to be seen). And that’s not even mentioning the powerful mini-bosses that wield unblockable attacks and thus demand a completely different way of playing. They’re a tough but fair challenge, and it’ll be interesting to see how they test players’ mettle in the full release.

Young Souls has quite a bit going for it based on this first look at the title in action. The dual protagonists are cleverly written and full of teenage angst in the best of ways, and the degree to which they can be customized is fantastic. The art direction is soft and stylized, lending each NPC a degree of personality and every setting a gentle vibrancy that’s nothing short of welcoming. There’s something to be desired when it comes to environmental interaction, however, especially in places where one might expect to be able to do more like Jenn and Tristan’s bedroom. Areas can sometimes simply feel lifeless despite looking so full of life, which is a shame but not a deal-breaker.

Regardless, there’s a lot to love here, and now it just remains to be seen if the dungeon-crawling ramps up in a satisfying way and if the narrative–which is more integral to Young Souls than most other beat ’em ups–sticks the landing in a satisfying way. Luckily, we won’t have to wait long to find out; the title releases later this year on all platforms.