Star Trek and video games have a relationship of omission. While the two have often flirted and contemplated a dalliance affair, it has tragically never materialized into a game that delivers on the fantasy that each fan has created. While a good Star Trek game might seem like a distant dream, 2016’s Stellaris helps to fill that void with a remarkable resemblance to the Star Trek universe.

Stellaris, for all its unique characteristics, follows the same structure that encompasses every Paradox strategy game. Much like Europa Universalis 4, there are a lot of politics involved that aim to restrain the ambitions of the most tyrannical galactic conquerors, resulting in the typical cautious approach that many Paradox fans have become accustomed to. 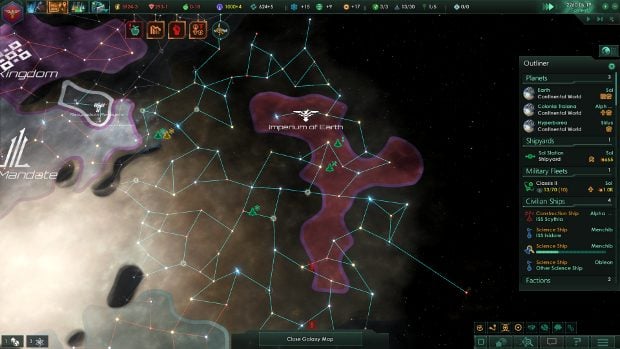 While Paradox is known for historical strategy games like Crusader Kings and Europe Universalis 4, Stellaris takes place in the future, resulting in influences from media rather than history. It becomes apparent from the beginning that its most significant influence is Star Trek. Whether from the species designs or the focus on exploration, Stellaris is Star Trek in all but name.

This begs the question of why Star Trek hasn’t had a similar treatment that properties like Star Wars have had when it comes to game development? Truth be told, there have been Star Trek video games since the early days of the industry. Star Trek: Strategic Operations Simulator was an arcade game released by Sega in 1983 where the player controls the Starship Enterprise against the tirade of Klingon warships. The gameplay is similar to that of Star Raiders, but with survival dependent on managing shield and warp energy — an experience somewhat unique to its time period. The warp button was even placed further away from the other buttons to ensure the player had to reach for it in the heat of battle.

Another Star Trek arcade game would come in 2002, Star Trek: Voyager — The Arcade Game, which was even more forgettable than its namesake series. 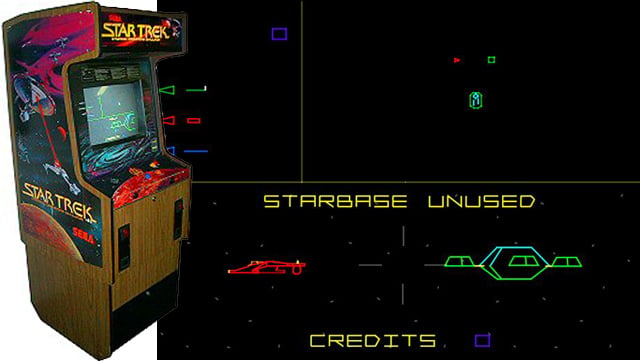 The only other notable Star Trek game is Star Trek Online, an MMORPG developed by Cryptic Studios. Sadly, it never truly lived up to its hype, with repetitive gameplay troubling what is otherwise such a visually appealing game. There’s still a lot of promise with continual expansion packs added to broaden the content, but as of now, there’s not enough to boldly go where no one has gone before.

Stellaris sits in a similar position, but slightly further ahead in development. The problem with Stellaris is that it’s too easy; even in Ironman mode the game is a breeze across the galaxy. Naturally, much of the difficulty is dependent on the personality of the player. There are several ways to win, and the easiest by far is forming a Federation that encompasses 60% of the galaxy. Similarly, if you plan early, conquest can be a straightforward affair, ensuring you leave little trace of other civilizations.

What Stellaris does do remarkably well, however, is developing a story that the player feels directly in control of. There are anomalies to research that help the player to understand the galaxy, fallen empires that eventually rise once more, and even planets inhabited by sapient creatures in different stages of their technological advancement that the player can either help or enslave. This is the Star Trek that fans know and love: discovering new life forms and uncovering the secrets of the galaxy they call home. 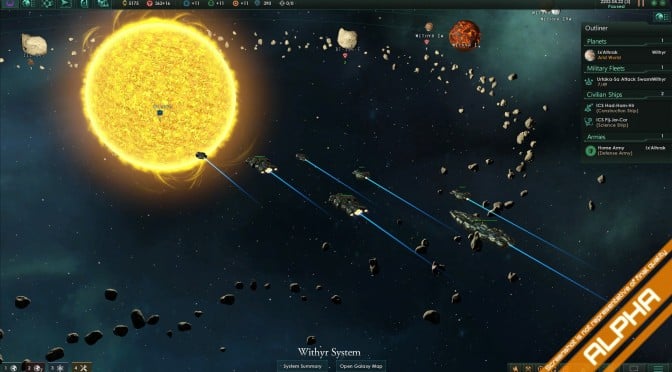 With each new DLC, Stellaris broadens and becomes a much more complete experience. In the early days, it seemed to be gravitating into a rather mundane, forgettable black hole, where every piece of enjoyment was sucked out of it. Now, there’s an atomic spark waiting to go supernova at any moment, ready to hit warp drive and take our Star Trek fantasy to the next level.

While exciting, the journey remains a strenuous one. The game mechanics still require a little balancing, and new content is needed to prevent the middle game from becoming an effortless simulation. One notable change Paradox made in the last update was to the way in which galactic empires expand their borders. No longer is it done through technological advances, but instead through building starbases in each solar system the player wishes to utilize. This creates an early game scramble to the stars, but does give the player more control over the borders of their empire; every step becomes a giant leap in the right direction. 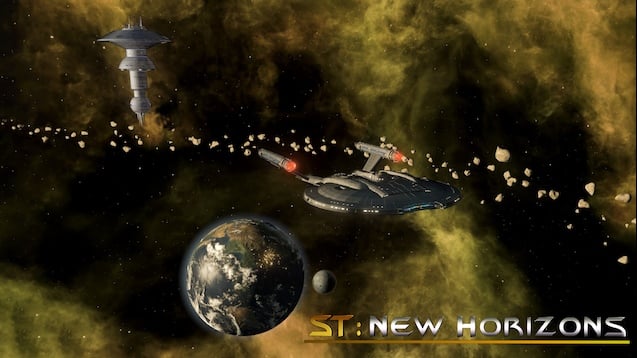 That said, Stellaris is open to modding, and with very little imagination needed, the obvious route to Star Trek has been taken. ST: New Horizons is currently in beta, but has so far done a fantastic job of modeling the Star Trek universe into the Stellaris mechanics. It has a long way to go, but much like vanilla Stellaris, with every new addition, the more addictive the game becomes.

However, if it’s an actual Star Trek game you were hoping for, then the bad news is you were born about three centuries too early.