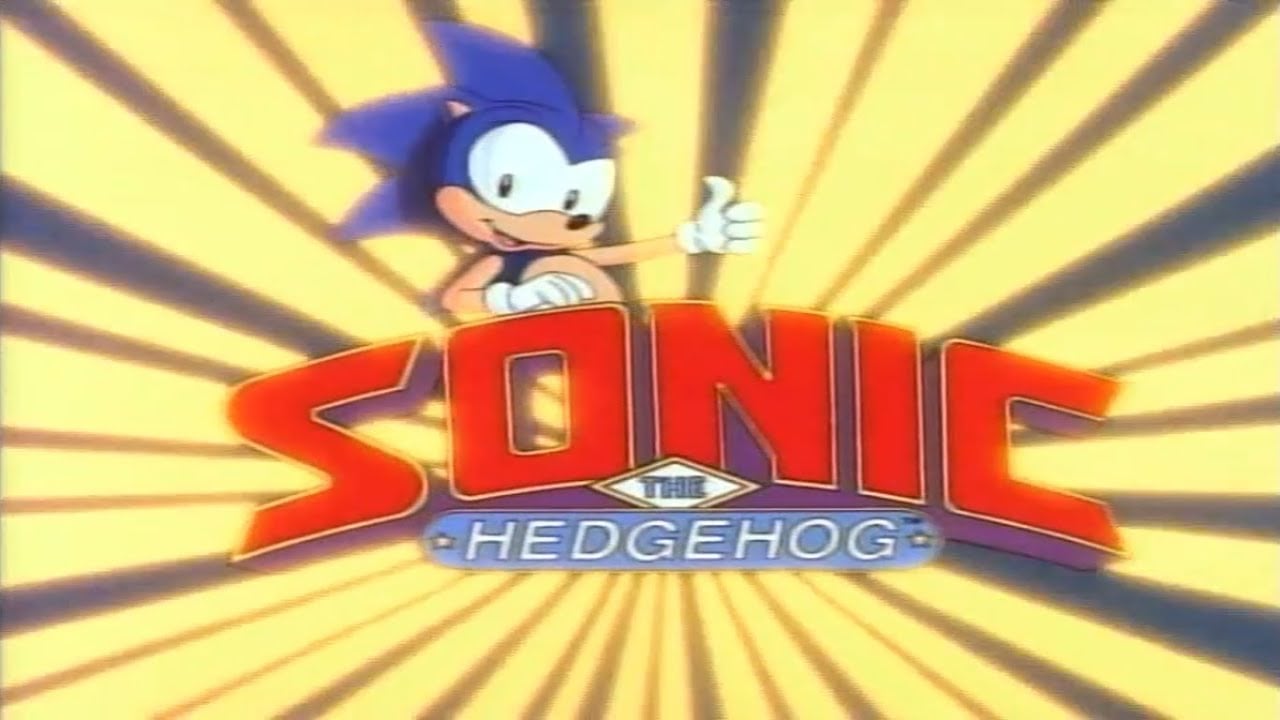 As a kid, I unfortunately never knew about the existence of the Sonic the Hedgehog animated series. It was dubbed as the Sat AM one, as it was on early Saturday mornings. Many fans still love it to this day and regard it as being one of the best Sonic cartoons in existence. What made the cartoon stand out to me, however, was the way it got the balance between dark themes and lighthearted humor, something that’s never been easy to do, especially in kid’s media.

If you compare the Sonic The Hedgehog cartoon to the most recent game in the franchise, Sonic Forces, you can see some severe contrasting elements. In Sonic Forces, everything goes at a rapid pace, and not in a good way. A LOT happens in the first few moments of the game and ironically, it goes way too fast. Early on in the game, Sonic is supposedly killed and Dr. Robotnik (oh, sorry, I mean Eggman) has taken over the world. Sonic’s friends are now freedom fighters who are trying to fight Eggman and are still mourning the loss of the blue blur. A creation of Eggman’s named Infinite with the ability to warp reality has amassed an army of various Sonic villains that seem to be copies of their past foes to combat the resistance. Then we hear that Sonic’s actually alive but he’s been captured by Robotnik and is being tortured.

A massive issue with Sonic Forces is the sense of pacing. In the Sonic cartoon, we didn’t have a mountain of exposition rammed down our throats. Hell, even the first episode alone sets up the whole story pretty well. They manage to explain what roboticizing is (a process where Robotnik converts animals into mindless robots to serve his army), explain the plot, and show us everyone’s definitive roles within the first episode. Forces, however, shoves everything in your face without barely any cutscenes or story: they just put it into text or have the cast talking about it.

After Sonic supposedly ‘dies’, all this exposition is just flung at you through text. The spontaneous nature of it makes it feel more difficult to believe this takeover is real. The cartoon on the other hand was steeped in a feeling of fear and oppression from the start. Robotnik’s iron grip was believable because we saw his empire established and what happened to captured freedom fighters (aka being robotcized). The freedom fighters were fighting for their lives every second and were constantly under siege. Their struggle felt genuine because there were real consequences if they failed. In forces, however, everything happens too quick so none of the stakes ever feel really raised.

That’s a partial roboticization on Bunny there, and she’s one of the lucky ones. Getting captured actually meant something in the show.

While I understand Forces needed to set up their story right away, it still could have been done better. A lot of heavy ideas have been thrown into the player’s face. Sonic being tortured, Robotnik taking over the world, Sonic’s friends being freedom fighters, etc. It’s all very jarring and we’re given no time to transition. Everything that happens in Forces is supposed to be taken seriously, but I can’t help but feel that Forces feels, well, forced, and the delivery is a bit ham-fisted. In the cartoon, we start off by seeing that the world is already apocalyptic. We’re not told exactly everything, but we get the gist of it pretty quick: Robotnik took over everything, and Sonic and his pals are trying to fight back. The cartoon established its tone early on while Forces came barreling in screaming ‘WE’RE EDGY NOW’ at the top of its lungs. Sonic the Hedgehog had a sense of world-building that effectively structured the story and made the characters and the world they lived in feel alive. Forces, however, is extremely rushed and for a triple-A game I feel the tone of the game isn’t epic: it’s desperate.

In one episode when Sonic encounters his uncle named Chuck who has been roboticized, he actually manages to break through to Chuck and talk to him. Sonic is adamant about bringing him back to Knothole but then Chuck’s mind reverts back and the freedom fighters have to leave Chuck behind. Sonic is understandably distraught and his friends are forced to physically grab him and pull him onto a fleeing train before they’re caught by soldiers.

Now, compare this to when we see Sonic again in Forces after he’s been supposedly ‘tortured for months’. There’s not a scratch or bruise on the hedgehog anywhere and he’s exchanging smug insults with Zavok as he approaches Sonic’s cell. How am I supposed to take this game seriously at all when they don’t even bother to try and show the impact any of this has had on Sonic? I get that he’s supposed to be the chipper hero but I want to see a reaction, some proof that what’s going on is affecting him. Is he concerned about his friends? Does he know if he’s about to be tortured again? How are they torturing him? Why doesn’t any of this impact him at all? This is where forces falls flat for me: It tries to raise the stakes but there’s never any real impact from any of the actions. The consequences are either non-existent or treated as if they never happened. I can’t feel for the characters if I don’t see them struggle.

Sonic sat AM got the balance of chipper cartoon characters and a dark setting perfect. Despite the heavy oppressive themes in the cartoon, Sonic and the freedom fighters always maintained their personalities and Sonic’s attitude is ever-present. The context of the story itself makes Sonic’s insulting and mockery of Robotnik not only funny but also incredibly brave. He’s mocking a terrifying villain that has been hunting him down for ages and his name-calling shows a sort of defiance in the face of real danger. This source of comedy is also an act of rebellion that shows how Sonic handles the whole situation. The entire dynamic keeps in check with his character and feels a lot like how someone like Sonic would handle the situation. While you could just chalk it up to just being his attitude, it feels more like a sense of rebellion, that no matter how bad things get, there will always be people to oppose evil tyrants. In that way, Sonic isn’t just a part of the rebellion: He’s the embodiment of it.

So, what could the Sonic franchise learn from the cartoon? Well, there’s a lot to cover. For a long time, the Sonic franchise has been all over the place. It’s tried doing so much with ideas that hold potential but keeps jumping if they don’t see immediate positive results. The games have had humans, dimension-hopping, guns, a werewolf mechanic, aliens, etc. Sonic Team has been so desperate to appeal to everyone that it keeps changing its style and never allows a good idea to develop into something better. The tv series didn’t jump around constantly: It had a consistent tone which solidified the series and its world.

Since Sonic games get so much flack, I can understand the wish to ‘find the right idea’, although their methods are more harmful than helpful. Mario and The Legend of Zelda have had the same formula with some mild tweaks and work wonderfully. If Sonic wants to establish a darker tone or ANY specific tone, then they need to develop it. They’ve already done it with 3D and 2D sonic so I don’t see how it couldn’t work. Sonic Mania, for example, traced back to the 2D side-scrolling roots with bright visuals and an emphasis on creativity and fun. Sonic is a very flexible series, but it needs more work on developing those new ideas to make use of their potential and not just drop them for the next shiny idea. Instead of constantly changing and shifting to find a new identity for their main mascot, Sonic Team needs to slow down and realize he already has one.