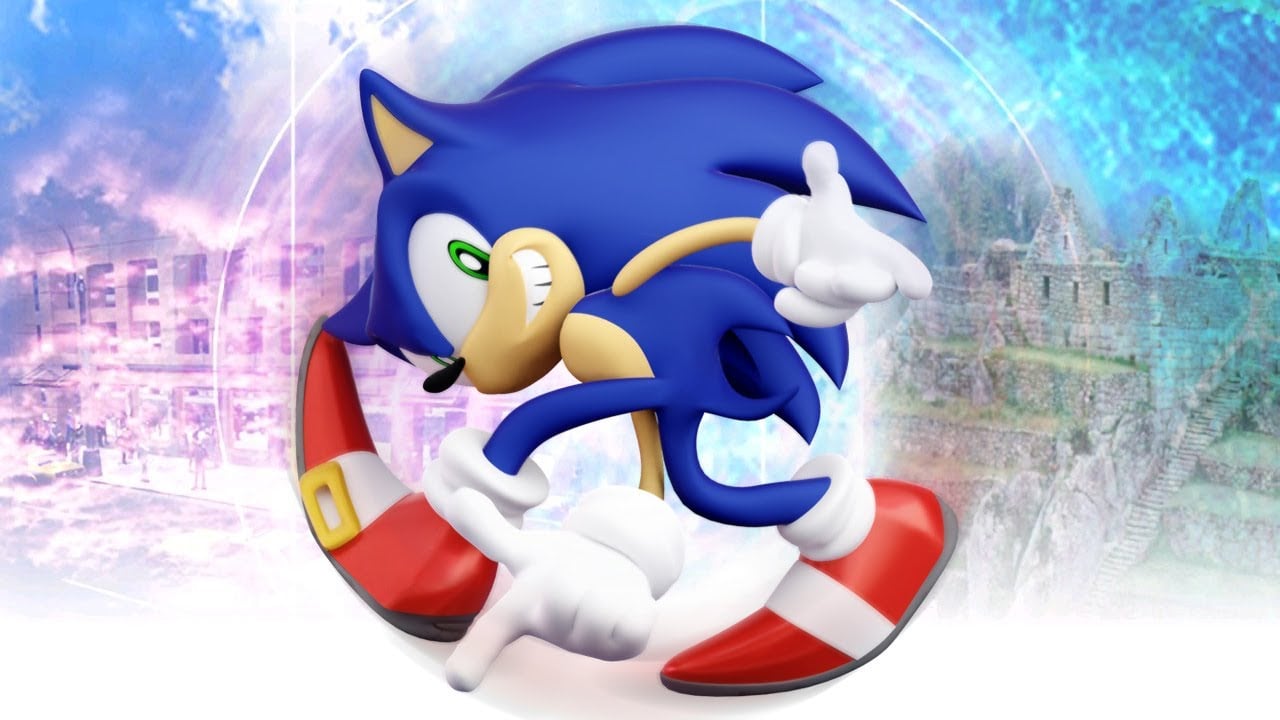 Sonic’s debut, fully three-dimensional escapade turns twenty today, and upon release, critics raved over it, calling it one of the greatest games of all time. It was ambitious for its era, walking a flaming tightrope whilst its 3D platformer acquaintances practiced plate spinning, and to this day, no game (other than its sequel, Sonic Adventure 2) has replicated its one-of-a-kind experience. Where Sonic 3D: Flickies’ Island dips its toes in the water, Sonic Adventure somersaults off the diving board.

So why is Sonic Adventure such an easy target for modern game journalists to take potshots at? Well, I’m here to divulge why Sonic Adventure is, in my opinion (the best opinion), one of the best 3D platformers ever, and a gem of its genre.

Sonic Adventure boasts six campaigns, each fronted by old and new faces. The titular hog is the main attraction, with ten stages of speedy spin-dashing and homing attack mania. Like its 2D predecessors, Sonic Adventure takes full advantage of responsive physics in its protagonists’ movement. Through experimentation and perseverance, players unearth weird and wonderful shortcuts, hurtling through hazards like a hotfooted hurricane. For those rubbish at handling Sonic, Sonic Adventure is underwhelming, but for half-decent players, it’s fast, frantic fun!

Sonic’s friends serve up a mixed —although predominantly satisfactory — batch of quality. Racing as Tails, emerald hunting as Knuckles, and blasting badniks as E-102 Gamma is solid. Sonic Adventure stumbles in Amy’s clunkily slow stages, but with just three to slog through, it’s no biggie.

Alas, the elephant in the room is Big the Cat’s fishing stages. Often the most cited reason to subscribe to the ‘I Hate Sonic Adventure‘ club, Big brings a brand of gameplay that no Sonic fan wants or needs. But the thing is:

When the formula to speedy success becomes evident, Big’s plight transforms from the scourge of Sonic Adventure to a peculiarly quaint chill-out outlet. Try swimming to Emerald Coast’s hidden cave, or nosing out the secret bits of Hot Shelter. Albeit, it’s nothing to shout about, but Big’s stages are a far cry from the hell people imply. Cast your lure near Froggy, he’ll bite, press the analog stick down, reel him in. E to the A to the S to the Y!

Boss battles are a blast, the Adventure Field hub worlds are impressively sized for their time, and although raising Chaos is a bare-bones distraction, this is vastly improved in Sonic Adventure 2. Many people emphasize the negatives in Sonic Adventure while brushing aside the plethora of positives, but this is bandwagony bias. Sonic Adventure is ballsy, and the freedom of character movement is unrivaled, period.

Not to mention, the soundtrack is out of this world. The eclecticism in genres is mind boggling, and the callbacks to Sonic 3D: Flickies’ Island via particular hooks is a neat touch. Listen to Sonic Adventure‘s soundtrack on some good headphones, because Jun Senoue and Co. squeeze in so many delectable details that it’s hard not to be impressed.

Of course, the present day negativity towards Sonic Adventure isn’t entirely unfounded. Yes, it’s a bit buggy, and yes, the story is hammy as hell (although its B-movie charm is oddly endearing), but these are nitpicks. Primarily, the disdain for Sonic Adventure stems from two things:

1) It lives in the shadow of Super Mario 64. Released two years prior, Nintendo’s foray into the third dimension blew everyone’s socks off. But even where Super Mario 64 has objectively aged poorly, its flaws are ignored as a result of the rose-tinted glasses adorning everyone’s faces.

Super Mario 64 is phenomenal for its time, but rough around the edges by today’s standards. The same is true for Sonic Adventure, but why are perceptions of each poles apart?

2) Sonic is cool to hate. From Sonic Heroes onwards, Sonic games have been thoroughly forgettable at best. Sonic Mania broke the long-running trend of dismal misfires, but piles of hog missteps have resulted in the “Sonic was never good” mentality being shared by every wannabe edgy game journalist under the sun.

Well, take a hike sheeple, because whichever way you slice it, Sonic aided gaming innovation. No franchise has pioneered physics in movement like the blue blur, and similar to some awkwardly avant-garde art, Sonic’s daring design ethos should be applauded, regardless of the final product’s quality. Sonic Adventure is so awash with said design ethos that its backlash is rendered codswallop. In a time when other 3D platformers attempted to imitate Super Mario 64, it tore up the rulebook and did something so original that nothing since has emulated it. Sonic Adventure often sticks the landing, but even when it occasionally careens into a tree, one can’t deny the journey wasn’t memorable.

Sonic Adventure is perfectly imperfect, and that’s why it’s special. To ignorantly write it off is to discredit the ambition it oozes, the risks it takes, and the spot in gaming history it deserves.