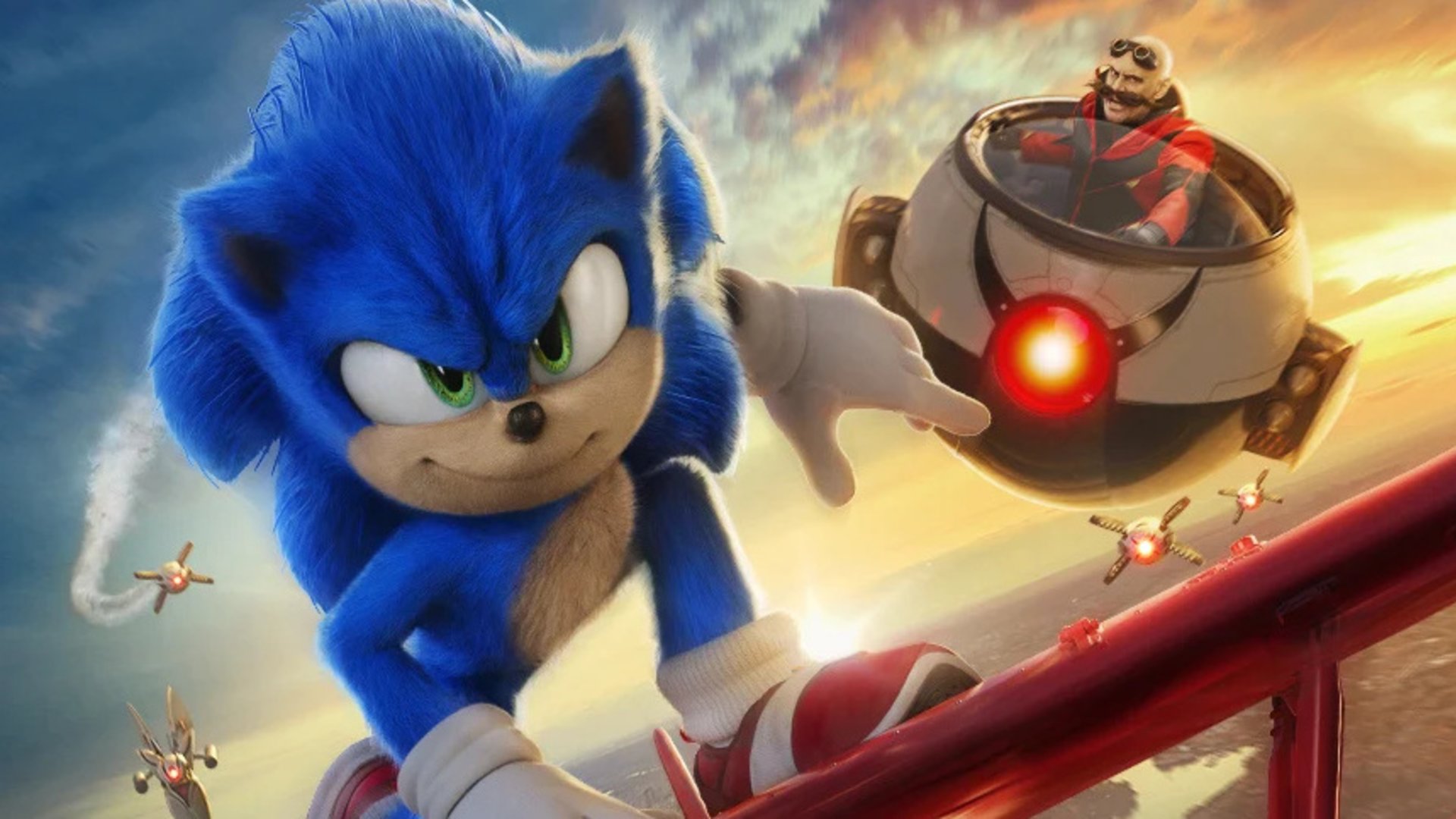 Who would have thought that Sonic the Hedgehog, one of gaming’s most iconic yet divisive franchises, would continue to reach new heights on the big screen? Sega’s beloved speedster is running back into theaters this week with the video game company’s next original film production, and like 2019’s surprise hit, Sonic The Hedgehog 2 will not disappoint any fan of the franchise. Once again, Director James Fowler and his crew have surprisingly delivered on bringing the blue blur back to his former glory as the latest iteration of Sega’s mascot cohesively places the protagonist and his animated castmates into an entertaining and admirably humanized world. Sonic The Hedgehog 2 is one of the franchise’s brightest recent spots that will satisfy any fan and family looking to watch a goofy afternoon popcorn flick–it is not the height of filmmaking, of course, but it does for the most part accomplish what it wants to be.

Taking place not too long after the events of the first movie, Sonic The Hedgehog 2 sees the return of the titular hero (played by Ben Schwartz) as he embarks on his next big adventure when Dr. Robotnik (Jim Carrey) returns to Earth with the help of Knuckles the Echidna (Edris Elba). With Tom (James Marsden) and Maddie Wachowski (Tika Sumpter) taking a vacation to Hawaii, Sonic takes on a dangerous quest with his newfound friend Miles “Tails” Prower (Colleen O’Shaughnessey) to acquire the legendary Master Emerald before his nemesis can achieve unlimited power and enslave the world. What viewers are getting is a typical early 1990s video game plot stacked under a nostalgic layer of love for the entire Sonic the Hedgehog franchise that by no means holds itself back from being pure insanity.

In the same fashion as the first movie, Sonic The Hedgehog 2 adapts several plot elements and characters from the video game series while taking its own storytelling path featuring an original plot and key players made for the adaptation–if you enjoyed the first movie, the sequel will undoubtedly be right up your alley as it more or less follows a similar structure. The one major difference between the first movie and its sequel though is that the latest follow-up features a stronger cast and a larger scope. Despite living in the shadow of a script containing hit or miss jokes and scenes that stretch a little too long, Sonic The Hedgehog 2 might arguably be the best video game adaptation to hit theaters yet. Even if that bar may sound quite low, it is a fine movie flourishing with charm. As Fowler sticks to why fans love Sonic, his friends, and foes, the film certainly falls out of the frustrating line of Hollywood’s other shameful attempts to recreate digital worlds.

The sequel continually builds upon the first movie’s foundation as it not only dives deeper into many of its predecessor’s character arcs and story elements but manages to further build upon them. While Sonic The Hedgehog 2 can be enjoyed without watching the first flick, those who do a back-to-back viewing will find a lot more to compliment. Despite some reused story beats, it is not a generic copy-paste cash-in on the first success. Sonic The Hedgehog 2 has the heart and soul of Sega’s mascot that everyone who played the games or watched the cartoons knows and enjoys. The newcomers are given time to develop and interact with the returning cast while the veterans are never left in the dust and brushed off. There are more fantasy-esque locations and setups that feel straight out of Sonic’s original world–the movie really does take a lot of notes from the character’s most popular appearances.

Aside from engaging setpieces and over-the-top scenarios, Sonic The Hedgehog 2’s strongest aspect is without a doubt its main cast and the dynamics they present with one another. In particular, the relationships between Sonic, Tails, and Knuckles properly evolve over the course of the film and never stray from being anything short of lovable. If you are a fan of any generation of Sonic’s games, whether that be the 16-bit era, the early 3D endeavors, or the most recent adventures, it’s hard not to love how the friend group interacts in this adaptation–it seriously is almost perfect. Aside from Sonic and Tails perhaps needing more time to flesh out their relationship through strong dialogue, not a moment is wasted when the three are all on-screen together. It is seriously impossible to hate all three of them as the actors and animators clearly had a blast putting together this iteration of the heroic trio.

Once again, Tom Wachowski and Dr. Robotnik are the shining members of the human cast as they add stakes to the film and give genuine performances that audiences will fall for. Oddly enough, they are also the two characters that audiences will probably have yearned to see more of as they take on less time-consuming roles in the sequel despite their importance to the story. This time around, Marsden’s character adheres to a fatherly role for Sonic as the Green Hills cop attempts to shape the wannabe hero into an actual icon for the public to look up to. Meanwhile, Robotnik acts as a wacky foil to Sonic who is deep in Jim Carrey’s usual shenanigans–despite there being three animated characters in this movie, Carrey undoubtedly still comes off as the most “animated” thanks to his brilliant caricature.

Even if Sonic The Hedgehog 2 is multitasking quite a few plots and characters, the movie for the most part does a good job at giving viewers what they would want most from a sequel. If anything, the film is often messy with distributing time as sometimes its pacing can take a hit from drawn-out scenes. There is one notable instance where the film drags from an unnecessary story and tends to get carried away with itself as it disappointingly pulls the focus away from the characters viewers want to see. As to be expected, this revolves around the wedding subplot when Marsden’s character is taken off-screen. While Tika Sumpter and Natasha Rothwell are definitely not phoning in their roles, the chemistry and adventure that the sisters Maddie and Rachel provide feels superfluous in the grand scheme of the plot–the whole side story feels like an excuse to fill in some needed representation and storytelling holes. It is never completely unenjoyable to watch–there are quite a few laughs to be had with them, but viewers will be left questioning why such long scenes ever made their way into the final cut of a Sonic movie.

While the side plot distraction can pull away from the focus of the main cast, Sonic The Hedgehog 2’s largest issue is its script altogether. Filled with contemporary jokes and pokes at modern media, the film can often get lost in its storm of lines aimed at other pop-culture topics and some product placement. The movie is littered with jokes at nearly every corner; some are worthy of an audible howl and others are worth looking away at. Sonic The Hedgehog 2 is all-in on being a family film filled with heart and especially comedy, but the story could have definitely focused more so on the latter at times. While a Sonic the Hedgehog movie certainly should not try and be an all-serious drama, considering how the film actually manages to make audiences care for its characters it is hard not to acknowledge that a lot of the eye-rolling jokes could have been taken out in favor of more meaningful moments to help flesh out every character and their motives.

And of course for every longtime fan, Sonic The Hedgehog 2 is packed with references to all sorts of media from throughout the franchise. From the original 16-bit Sega Genesis games and their spinoffs to the 3D Sonic Adventure entries and their modern successors, the film is jam-packed with clever references to Sega’s whole history. None of these references are sore thumbs that stick to being clear fan-service eye grabbers–there are dozens of callbacks and references to Sonic’s lore that of course will elevate any fan’s appreciation for the film. From location titles and object designs to name drops and even cheeky jokes, there are so many witty easter eggs and callbacks to point out that never try to embarrassingly intercept the viewer’s immersion.

Sonic The Hedgehog 2 is an absolute charmer of a sequel that is packed to the brim with entertainment for both fans of the first movie and long-time followers of the video game series–sure it could be ten or twenty minutes shorter, but the runtime will speed by for anyone who enjoys this universe. Despite some of its lesser points, when the movie is sticking to Sonic and the dynamics he has with his surrounding friends and foes it is exactly what you would want from a perfect Sonic movie. Sonic The Hedgehog 2 sets the stage for an even more promising universe built off of the legacy of Sega’s games. Hopefully, when a third entry is inevitably announced, James Fowler and his crew will continue to learn from their mistakes and audience feedback on their exponential climb to glory. Sonic fans and families will not want to miss out on the hedgehog’s second theatrical popcorn flick–simply put, it’s a lot of fun.