Super Smash Bros Ultimate was hit by a massive leak this week involving a French printing company, Snapchat, and The Grinch. It’s The Grinch Leak — a complicated web of supposed evidence from a disgruntled French printer unveiling the entire final roster.

The leak fits the usual bill for a fake, but a consensus seems to have emerged that it’s legitimate. There is a fair amount of evidence in its favor, but outside of the internet hype train, there’s also an awful lot against it. If you don’t want to be spoiled if it turns out to be true, you should stop reading now — then shut down Twitter and swear your friends to an oath of silence, punishable by having to see The Grinch film instead of playing Smash.

According to The Grinch Leak, the additions to the roster include Shadow the Hedgehog, Ken, Banjo-Kazooie, Geno (From Super Mario RPG), Isaac (From Golden Sun), Mach Rider (From Mach Rider), KOS-MOS (From Xenoblade), and The Chorus Kids (From Rhythm Heaven). That’s a lot of new characters, and they’re all slotted into the ‘everyone is here’ artwork.

A mixture of characters who are almost certain to be included, characters that have been top of wish lists for years, and characters that are just bizarre, it’s enough of an obscure selection to make it likely, without anything so ridiculous that it rules itself out. If it is a fake, however, then it’s a nicely balanced fake. What we know of Ultimate so far does indicate a willingness to go for fan favorites. Shadow the Hedgehog is a likely echo fighter — Geno and Mach Rider, less so (what would Mach Rider’s move set even be?). However, the elephant in the room is Banjo-Kazooie. 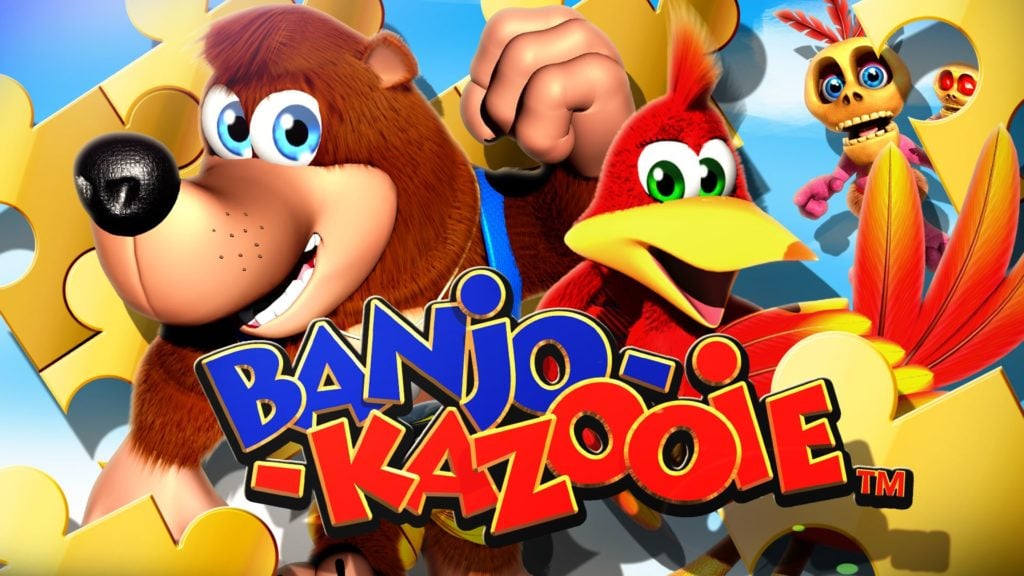 Ongoing good relations between Nintendo and Microsoft, plus an old Phil Spencer tweet, have repeatedly been cited as evidence that Banjo may return to Nintendo in one form or another. However, just because there’s less stopping his inclusion, it doesn’t necessarily mean he will appear. There is even less stopping Boshi from appearing in Super Smash Bros Ultimate. Banjo might still just be a fan dream, one unfairly teased by The Grinch Leak — just because it could happen, it doesn’t mean it will.

How The Grinch Stole Nintendo’s Hype

It’s called The Grinch Leak, and not just for ruining everyone’s December. The Snapchat of the leak came from the same name as a LinkedIn profile. This profile pointed toward a career producing promotional resources, sometimes for video games — and weirdly enough, also working on materials for the new Grinch Movie. The Grinch artwork is just barely visible in the original Snaptchat story behind the ‘LOL’ sticker, implying that the photo was taken at work in an area preparing materials for an upcoming movie.

The image to the left is also interesting. It’s a render of the stage used for the background of the ‘everybody’s here’ photos, but without any characters. This is art we’ve not seen before. To include it as a side attraction to a fake character leak would be an awful lot of work, but of course, like the character photo itself, this doesn’t necessarily indicate truth. The blur on the photo still casts some doubt. 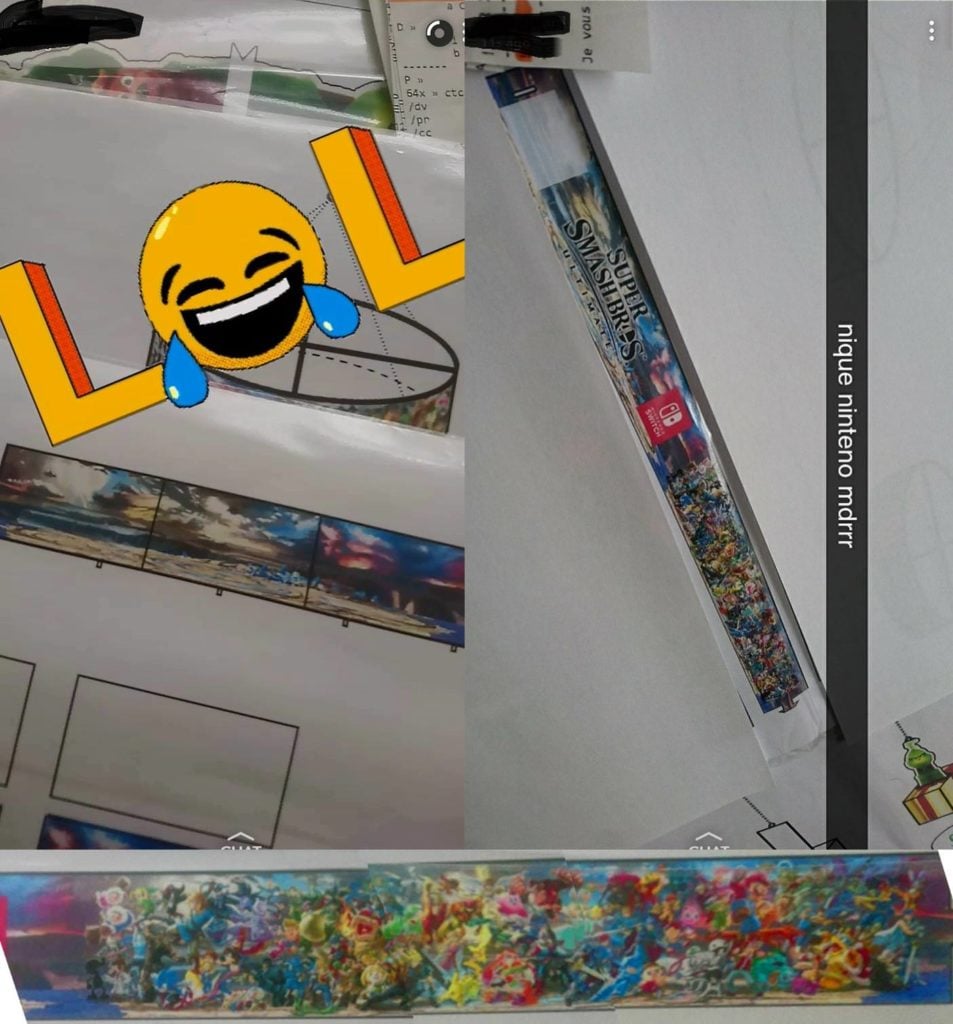 Most of the rest of the evidence for The Grinch Leak being legitimate is also quite circumstantial. The Snapchat story just happened to use the full name of someone who had their LinkedIn as public. This employee clearly would have signed all sorts of NDAs to work with IPs like Smash Bros Ultimate and The Grinch, so why would they then leak things on a Snapchat with their full name? Wouldn’t it have been easier — and considerably less destructive for their careers — just to drop it on 4Chan? After cropping out their own name? Why not take the extra minute to crop the screenshot and save your career?

There is also some strangeness about the choice of characters. The Chorus Kids would mean there are four characters on screen per player. In eight-player Smash, this might end up pushing things in terms of performance and being able to follow what’s happening. It depends how they’re handled, but even a few players using this character could complicate matches immensely. 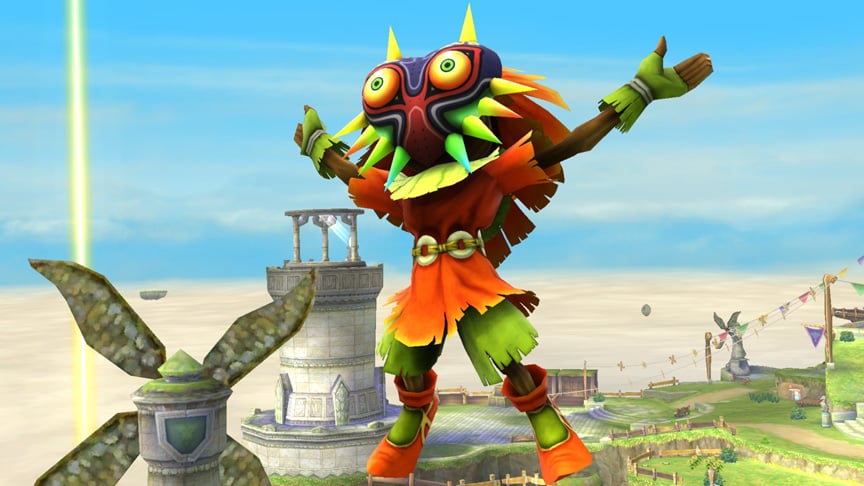 Skull Kid is also absent from The Grinch Leak, despite having been discussed as a likely inclusion for Smash Bros Ultimate, and his absence as an announced assist trophy as yet is becoming quite suspect. Current announcements have added villains for lots of Smash mainstays, so Young Link’s return would make Skull Kid his villain. Frankly, his removal as an assist trophy would point to a bigger role, and he seems a lot more likely that most of the leaked additions. The absence of a Pokémon from the latest generation is also strange.

Reddit users have pointed out that the drawings and their placement of new characters actually have a lot in common with a Twitter user LepyPepy, who has previously produced mock-ups. Some characters in The Grinch Leak are nearly identical to his mock-ups in both position and appearance. The blur of the photo hides it, but it does seem strange that Nintendo would coincidentally use such similar renders and positioning.

It’s easy to get over excited by Super Smash Bros Ultimate’s Grinch Leak. However, if you step back for a few minutes, it’s a lot more muddled. There isn’t much more in its favor than previous fake leaks. We are due a final direct for Smash Bros Ultimate, and there might even be some characters held back from that, ones to be discovered in the game itself. Until there’s some sort of official response, however, we won’t know for certain. Just don’t jump to the conclusion that the roster is completely revealed. This is very far from a sure thing, and Nintendo might (and probably will) still surprise us.