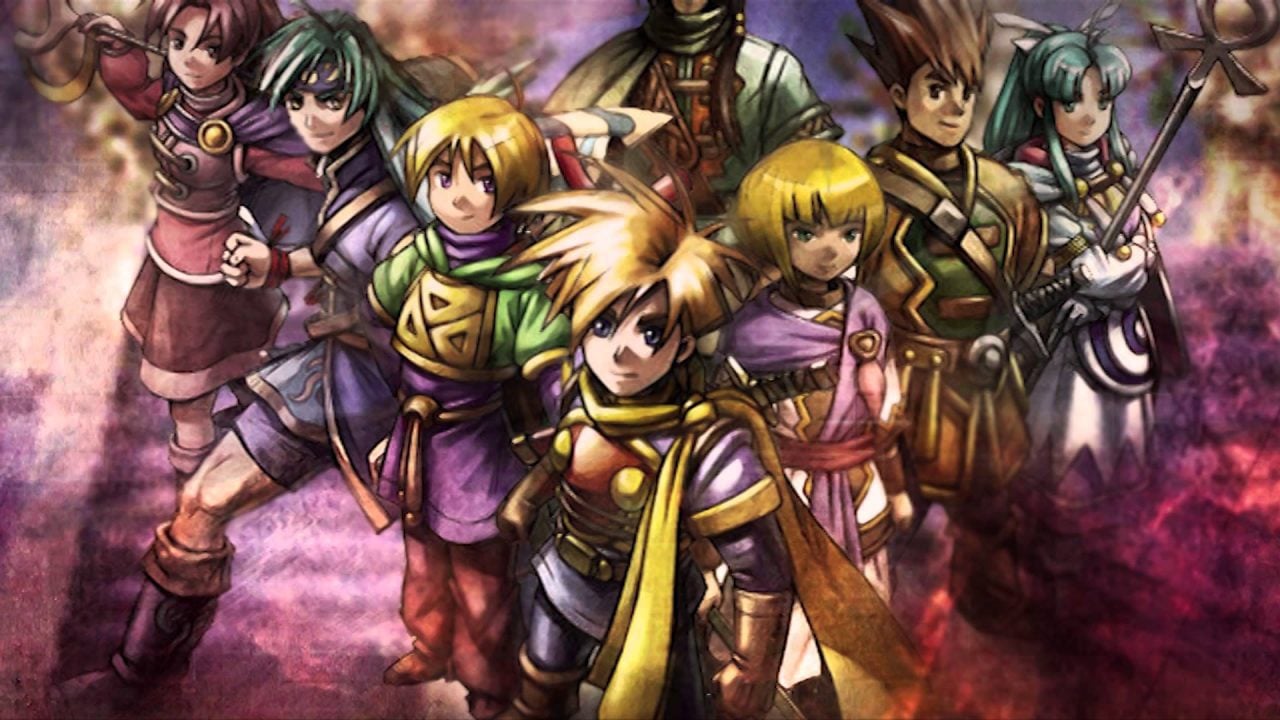 Proclaimed by Nintendo Power as the best RPG on the Game Boy Advance (GBA) at the time, Golden Sun boasts an impressive average play time of 40.5 hours, according to GameFAQs, though you can easily beat it in 15-20 hours if you ignore all the side quests.

And it did it on the shoestring software of the GBA, which could barely render 3D objects.

A modern triple-AAA release is considered good if it contains 8 hours of gameplay, and this is with the most advanced compression software we have ever had, with systems that have gigabytes of memory. The GBA had to work with Megabytes, yet still long form games like Golden Sun saw fruition.

“At that time, there weren’t any really big, heavy-hitting RPG-makers in the Nintendo market at that time, either,” series director Shugo Takahashi said in an interview with 1UP. “All the big RPGs were on PlayStation. So we were able to make a really great RPG that they wanted to make for the GBA, and so that was really what they were thinking of.” 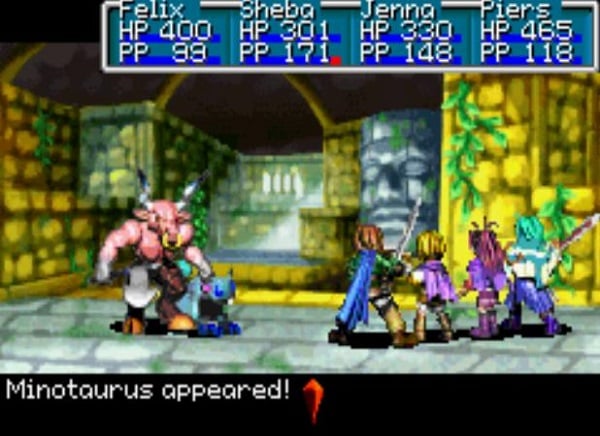 Golden Sun opened the floodgates to the likes of Fire Emblem, Ace Attorney, Tales of Phantasia, Kingdom Heart: Chain of Memories, and Mario & Luigi: Superstar Saga. It was a game crafted by a veteran RPG creative team looking to corner the market for handheld RPGs.

“Golden Sun is what we came up with because we were able to think for ourselves what we wanted to do,” Takahashi said. “Nintendo didn’t ever say ‘Make a game for kids’ or anything like that. We want to make games for everyone, too. All Nintendo said to us was ‘Make the game that you want to make.’”

As such, Golden Sun set the precedent for RPGs on the GBA. It included a long, expansive storyline, a large cast of playable characters, impressive 3D graphics, and a unique turn based system that subsequent handheld RPGs would copy.

And its score was amazing, taking full advantage of the GBA’s sound card, conveying complex melodies that sound just as good today as they did in 2001. It was a step forward, toward the orchestral soundtracks big-name RPGs have now, as it mixed wind instruments with electronic music. 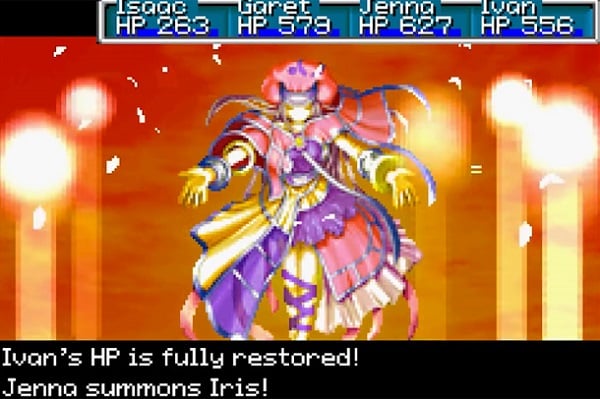 Good things come to those who wait

Golden Sun hit shelves August 1, 2001, just six months after the launch of the GBA, though the game was far from slapped together. Development took between 12-18 months to complete, and developer Camelot made the most of it.

“This game looks absolutely beautiful,” IGN staff writer Craig Harris said after getting his hands on the game in 2001. “Backgrounds are incredibly lush and animate more than you’d expect — the game opens up with a torrential thunderstorm, complete with flashes of lightning that brighten the surrounding areas with each burst.”

And soon developers and gamers alike would know that the GBA was a serious platform for visual storytelling. The Game Boy brand no longer hosted just handheld Mario and Pokemon.

“The game takes place in the traditional, RPG overhead viewpoint, but it’s a huge leap from Pokemon on the Game Boy,” Harris continued. “Golden Sun is a perfect example of what a 12-18 month development cycle can do for a Game Boy Advance game — Camelot had the luxury of time, but they made the best of it.” 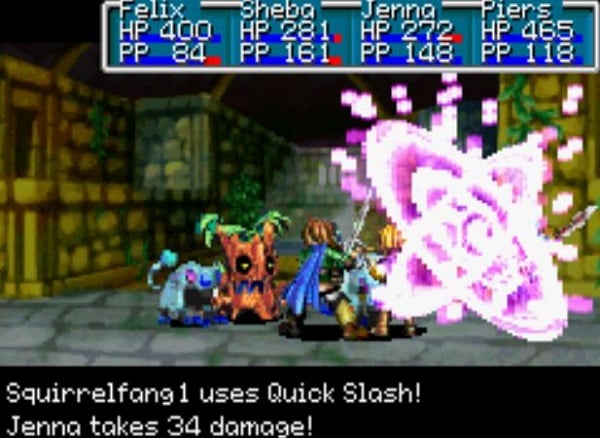 Golden Sun would spawn a sequel in 2003, The Lost Age, which completed the 2001 adventure. In 2010, Camelot released a soft reboot in Golden Sun: Dark Dawn, in hopes of continuing the franchise, but it failed to live up its predecessors. A fourth installment has been rumored, but is unlikely.

“Perhaps if there are enough Nintendo users asking for another game in the Golden Sun series, then this will naturally lead to the development of such a game,” Takahashi said in a 2012 interview with Nintendo Gamer. “If there are enough people saying that we really must create another game, then we may just have to listen to them.”

Unlike its predecessors, Dark Dawn ended with a cliffhanger ending: “The End…?”

What you can do about it

After Takahashi’s announcement, a petition emerged to bring about a fourth installment. Though it fell flat of its 70 k goal in 2012, it’s still open, and anyone can sign.

Any sort of community involvement will help this cause. Camelot needs to know that there will be a demand for the game before they make it. With any luck, six years of hiatus is not enough to kill this franchise.