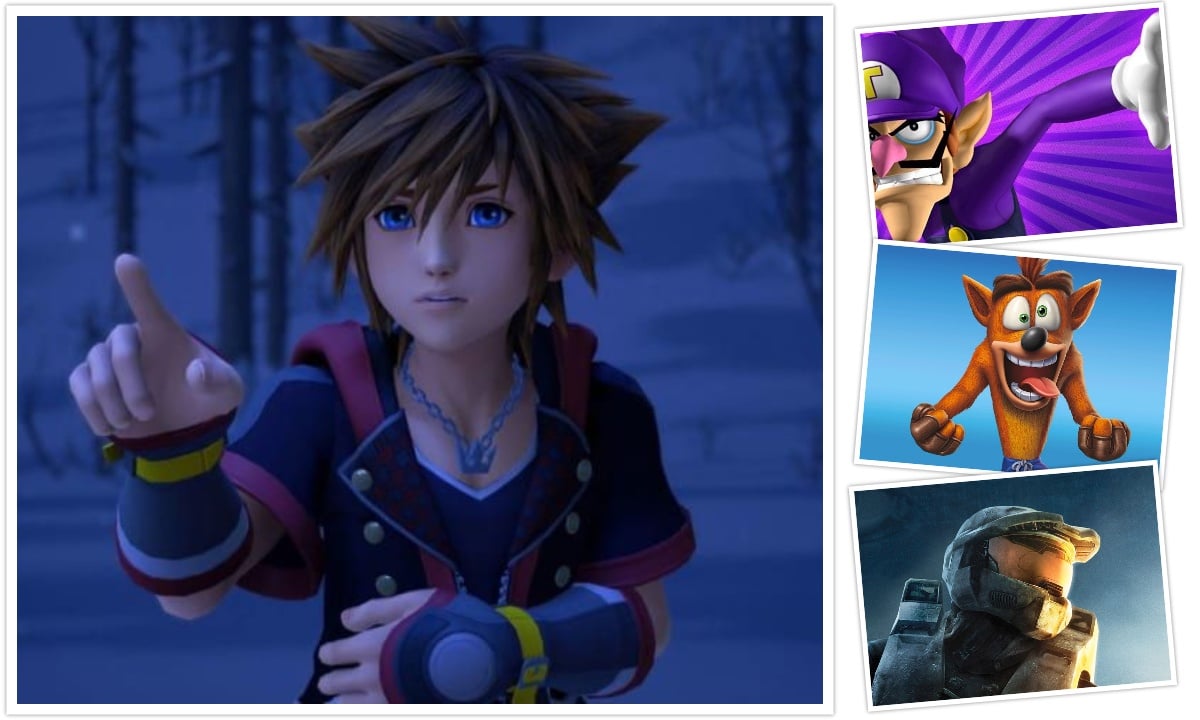 Masahiro Sakurai really outdid himself with Super Smash Bros. Ultimate, giving fans of the series everything they could want and more. It’d be easy to take Super Smash Bros. to task for having changed so little since its debut three console generations ago, but putting aside the problematic online mode, Smash Ultimate delivers more fighters, more stages, more songs, more moves, more modes, more everything! There is a laundry list of things to love about Super Smash Bros. Ultimate, and topping the list is the game’s confidence, which allows it to cater to anyone who might be interested in duking it out with Nintendo’s beloved character roster.

Speaking of which, the Final Mr. Sakurai Presents is scheduled to air on October 5, 2021. During the broadcast, series creator Masahiro Sakurai will announce who the final challenger is— and with the live stream fast approaching, we decided it would be fun to publish one last article with who we think— or rather hope— will make the cut.

Will Kingdom Hearts’ Sora really round out the final Fighters Pass? Could Master Chief finish the fight? Will Crash Bandicoot finally get an invite?

In terms of representation, the multiplatform rivalry of the late 90s needs to be capped off with one more major competitor. Mario and Sonic may have once been great rivals, but Naughty Dog’s original mascot who represented the PlayStation still needs to join the fray. Crash Bandicoot may be part of a company that has recently been under fire for a multitude of justified reasons, however, the marsupials presence in Super Smash Bros. will always be wanted. Toys For Bob’s Crash Bandicoot N’ Sane Trilogy helped revive Sony’s former icon long after Universal and Activision packed him in the grave for almost a decade, and Crash Bandicoot 4: It’s About Time showed that the Wumpa Islands’ science experiment was far from being done. He may not be able to provide Super Smash Bros. Ultimate with the most original moveset, but there is no doubt that Crash would be the perfect way to close off the second fighters pass. The Bandicoot is part of gaming history and Ultimate’s final live stream is being marketed as Sakurai’s final “celebration of gaming”. (Marc Kaliroff)

Of all the characters that fans have been vying to be added to the Super Smash Bros. Ultimate roster, Master Chief is at the top of the list and with plenty of reasons. For starters, Halo’s Master Chief is arguably one of gaming’s greatest protagonist and when it comes to longevity and dominating the popular consciousness, it’s hard to argue he doesn’t belong side by side with the other 88 playable characters. Not only has Master Chief been at the forefront of one of the most popular video franchises since its inception, but over the years, he has evolved to become nothing short of a video game icon. And what an icon he is! With the inclusion of Steve from Minecraft last year, it seems possible that the last character to be added to Super Smash Bros. Ultimate will be John-117— although, I’m not holding my breath. (Ricky D)

While a behatted gentleman known for his intellect might not seem like an optimal pick for a Super Smash Bros. game, Professor Layton would make for an intriguing addition to the roster. Given the Layton series’ almost exclusive appearance on Nintendo handhelds and developer Level 5’s close relationship with Nintendo, adding Layton to Super Smash Bros. shouldn’t pose the same difficulty as adding other third-party characters has in the past. The Professor’s adventures in the Layton series provide plenty of source material for Nintendo to develop a very creative moveset, as he has brandished weapons as diverse as swords, pipes, and slot machine guns. Add in sure-to-be-hilarious taunts provided by Layton’s English voice actor, Christopher Robin Miller, and everyone’s favorite gentleman would be sure to impress in his Smash debut. (Izsak Barnette)

Super Smash Bros. Ultimate already has more than enough anime swordfighters for one game – all it’s missing now is an anime lawyer. Phoenix Wright from the Ace Attorney franchise is the obvious choice to fill this much-needed void: not only is he the star of one of the most iconic third-party franchises to grace Nintendo’s handheld systems, but he also has nearly unlimited potential for unique movesets thanks to the ridiculous nature of the games he represents.

The Ace Attorney games are set in a world where parrots can testify on the witness stand and where lawyers have magical powers to stare deep into your soul – and it’s that sheer level of silliness that makes its lead lawyer such a solid candidate for Smash. Phoenix’s moveset could take advantage of the many zany pieces of evidence presented during trials, such as autopsy reports and samurai spears, and use them to his advantage in battle. He could even toggle between these pieces of evidence using a menu similar to Hero’s spells menu. Of course, Phoenix’s signature “Objection!” callout is an easy choice for a Final Smash, too.

Phoenix is one of the most recognizable third-party characters on any Nintendo platform, so now is the perfect time to finally make his appearance in court with Smash. (Campbell Gill)

Super Smash Bros. Ultimate’s roster is bursting at the seams with characters from nearly every conceivable franchise. But there is one noticeable admission: representation from Mortal Kombat. The gory fighting game series is known for its gruesome fatalities and extremely over-the-top characters, like lightning god Raiden and sai-wielding Mileena. But there is one logical choice to add to Smash Ultimate, and that’s the iconic series frontman and “get over here!”-sayer Scorpion. Scorpion is more than just a yellow palette swap of Sub-zero, the series’ other badass ninja warrior. His moveset is incredible and very recognizable to fit with what the Smash series does so well. Of course, Nintendo would have to tone down the gore so that Scorpion’s punches, kicks, and kunai attacks don’t spill blood all over Final Destination. Nearly every other big fighting game franchise has a character or two in Ultimate, and Scorpion is the perfect standard-bearer for the Mortal Kombat series. (Cameron Daxon)

Super Smash Brothers started as a fighting game featuring Nintendo’s most iconic characters, over time the series has transformed into a celebration of all things video games. This monumental franchise began in the mushroom kingdom and thus it should end in the mushroom kingdom, with Waluigi. Ever since his introduction in Mario Tennis on the Nintendo 64, Waluigi has consistently felt more and more like a fourth Mario brother and as such his exclusion from Smash feels like a massive oversight.

Not only would Waluigi feel right at home from a logistical perspective but his cartoonishly lanky features would differentiate his move set from the rest of the roster in a meaningful way.  Waluigi’s character design being an exaggerated and sharper version of Luigi would force players to rethink how to attack the purple-clad anti-hero. And his close association with the Mario Tennis series would be an excellent way of giving him wholly unique attacks particularly with respect to his final smash.

Considering the loyal cultlike following and the character seemingly being tailor-made for Smash, Nintendo would be doing their fans and the Mario brothers themselves a disservice by never extending an invitation to Waluigi. (Patrick Morris)