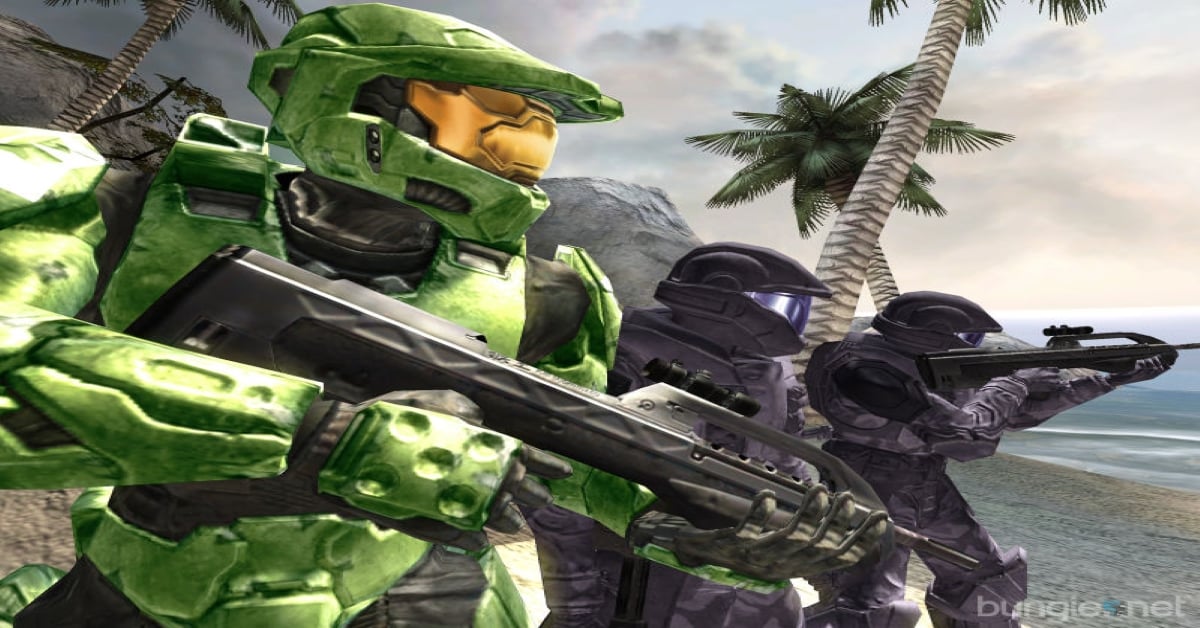 Ranking the Halo series is no mean feat, let alone selecting the best-ever game, with many opting for either one of the original three and even a few oddballs punting for Halo: Reach (they’ve probably been playing too much Oddball …). The release of Halo Infinite, though, provides enough incentive to compile such a ranking. In this ‘Halo Series Ranked’ list, we’ll cover all the main console releases, which means excluding the relative unknown that is Halo: Fireteam Raven and passing over Halo: Combat Evolved Anniversary, which is basically just the first game coated over with a layer of finer graphics.

At the top of our ‘Halo Series Ranked’ list, this is a choice which might not please everyone (then again, what choice would?). But with a stellar multiplayer and a campaign that, even if not head and shoulders above that of Halo: Combat Evolved or Halo 2, certainly competes with them on a level playing field. Frankly, given what came after, the series could have ended then and there with Halo 3 and it wouldn’t be any worse off for it.

With Xbox gamers making the jump to Xbox 360 in 2006 and 2007, Halo 3 was a real step-up in terms of graphics and gameplay for the franchise, with innovative battle equipment (a.k.a Bubble Shield!) and huge sandbox maps which players could edit to their heart’s content in the innovative Forge mode. The third instalment of the three ‘classic’ Halos, Halo 3 is also the last one to feature Master Chief until Halo 4 which, despite coming next in the numerical system, would only release a full five years later.

Even if it can’t quite claim the number one spot, Halo: Combat Evolved ought at least to be in everyone’s top three. Not only did it introduce gamers to a new level of first-person shooter, but it also boasts a lengthy and first-rate campaign with memorable levels like The Library and Assault on the Control Room. That same campaign is right up there in terms of the very best, even if the LAN multiplayer hadn’t fully ‘evolved’ yet. Which is a shame, because Halo: Combat Evolved packs in some of the franchise’s best multiplayer maps, Blood Gulch not least.

Make no mistake, a stellar campaign with a cliff-hanger ending is always something to live long in the memory. But this game’s real strength is its multiplayer, which is when online play really kicked off for the series. There’s a whole host of memorable maps like Midship, Sanctuary, Zanzibar and Ivory Tower which still rank as some of the all-time best, and unlike with the LAN ones in Halo: Combat Evolved, a large non-LAN multiplayer population was actually around to enjoy them together.

No game that exists as a tribute to other games is ever going to take the world by storm. Still, Halo: The Master Chief Collection does a pretty good job at doing what it does. A homage to the original trilogy, it brings those same titles back to life, allowing for more modern Halo players to experience some of the classic multiplayer maps in their full glory, whilst also adding some of its own unique gimmicks onto those same maps. For example, the Halo 2 map Lockout is now retitled ‘Lockdown’ and comes with collapsible ice blocks which, if shot down, have the potential to eliminate enemy players.

In a massive departure from the norm, the series went full real-time strategy (RTS) with Halo Wars, proving that Halo can be something other than a great and frantic first-person shooter. Heck, there’s even a top-down version of Blood Gulch. Best thing is that Halo Wars brings all the freedom that comes with similar RTS titles. Why not Warthog rush the opposing base, or why not build an army solely made up of Marines? It can be stupid and often downright suicidal, but the option is there. Controlling the alien Covenant for the first time also comes with its own novelties.

One thing never changes, however. Grunts are still cannon fodder.

For some the starting point of the series’ stagnation, for others a glorious last hurrah before Bungie moved on to other things. Halo: Reach is far from the worst Halo out there, but it’s far from the best, either. Some disliked the introduction of loadouts and Call of Duty-like elements to the multiplayer, which the series keeps seeing more and more of as time goes on (*cough, Halo Infinite, cough*).

The campaign though is where it’s at, being praised for its gripping narrative and playable space battles. Some also found the move away from Master Chief to be somewhat refreshing, even if Halo 3: ODST did that first, albeit as a part spin-off title.

With fans seemingly having got over the transition from classic to ‘new’ Halo, Halo 5: Guardians represents the full crossover to that era – in a good way. The campaign is nothing great, and even a little confusing, but the multiplayer is something else entirely, harking back to the glory days of Halo 2. A fresh array of new and exciting weapons are on offer, whilst another big highlight is the massive and sprawling Warzone mode featuring up to 24 players. Yep, even larger than the staple Big Team Battle game mode, which was however included in a future update. Got to keep the people happy . . .

With an under-par campaign and an okay-ish multiplayer, Halo 4 is nothing to write home about. Yes, Master Chief is back in the main series for the first time since Halo 3, but he’s not Bungie’s Master Chief of yore, and nor is this Halo in the absolute classic sense. Rather, this instalment builds upon what Halo: Reach started by veering the series more towards a fast-paced Call of Duty or Battlefield style of play. Whilst that shows adaptability by changing with the times and meeting modern standards, it was at the time slightly off-putting to more traditional fans.

The first deviation from the standard formula, Halo 3: ODST was originally planned as downloadable content for Halo 3, with the project soon growing large enough to warrant its own disc. Featuring the first Halo campaign to centre around something other than Master Chief, players take control of ODST marines fighting the Covenant.

There’s one iconic bridge scene, but although different and even somewhat charming, roaming around the near-deserted streets of New Mombasa does feel empty at times, and this gameplay model wasn’t really sustainable in the long-run. But nobody said it would be. This was after all a ‘one-off’ title from Bungie, and one which is good for what it is. Firefight is an especially worthy inclusion – a survival mode which has the player battle endless waves of Covenant with up to three friends. Such was its ingenuity that it made a return in Halo: Reach not long after.

A return to the open world style of ODST, Halo Infinite features the most expansive campaign yet. However, this doesn’t feel and run like a $500 million budget game. Yes, the graphics are gorgeous at times, but that doesn’t compensate for a Halo title that feels, well, rather un-Halo-like. It’s the modern Halo par excellence, and that’s part of the problem. It’s great that the multiplayer is free, and it’s great that Master Chief is back again, but it somehow feels that he and Cortana have long since lost their charm. The series needs to keep on trying.

In our ‘Halo Series Ranked’ list, Halo Wars 2 loses points, if only because Halo Wars did it first. This one doesn’t do anything radically different, though there are neat Blitz and Firefight modes. The campaign is a mixed bag and doesn’t take long to complete, but the multiplayer does step things up a bit. That being said, Halo Wars 2 suffers from bugs and janky controls, and whilst RTS games always control less well on consoles, even on the PC this can’t compare with some of the genre’s best titles. It’s not good. It’s not bad. It’s just not worth it if you’re looking for the best all-round RTS experience.

In another departure from the series’ norm, the top-down twin-stick shooter Halo: Spartan Assault goes for a retro, dungeon crawler feel. It’s another experimental ‘one-off’ title, and on a much lesser scale than ODST. It’s not a bad game, but the fact it’s more like a spin-off means it has to go at the bottom of our ‘Halo Series Ranked’ list.

The action takes place between the events of Halo 3 and Halo 4 as two Spartan super-soldiers are tasked with fighting off a splinter group of Covenant invaders from the planet Draetheus V. And like the Spartans it depicts, Halo: Spartan Assault gets the job done without however being anything more than what it sets out to be. It’s largely forgettable in itself, but still worth playing for any serious Halo fan.