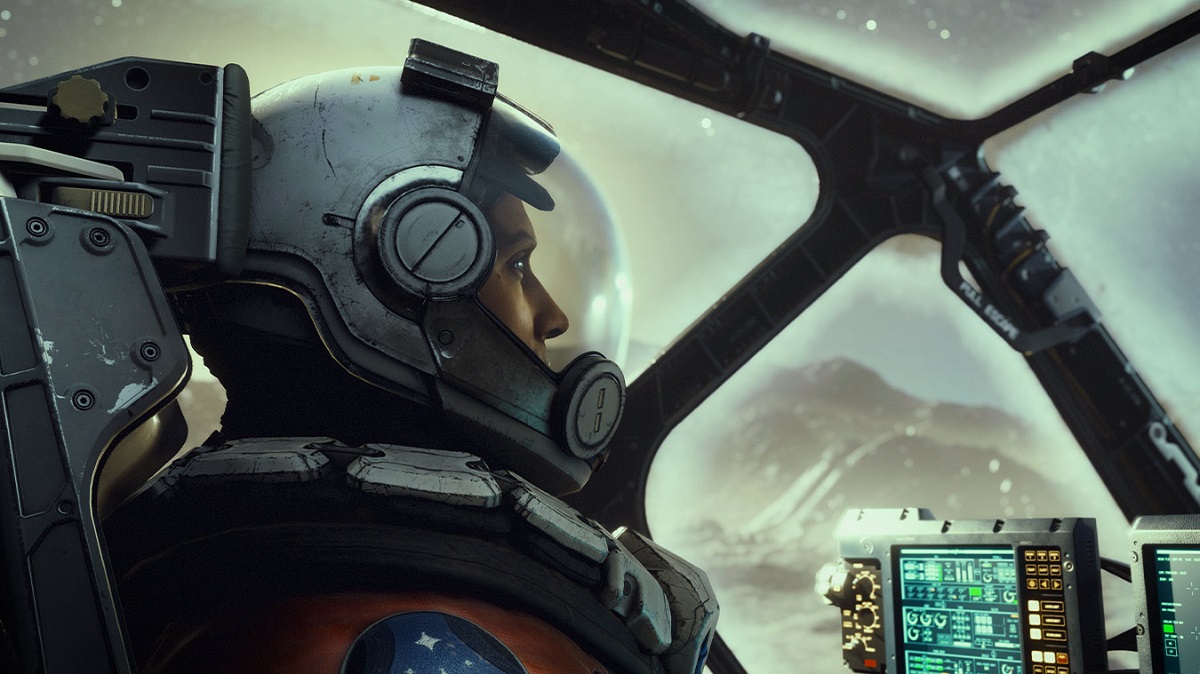 It’s crazy how much can change in a year. At the start of 2021, Xbox’s first-party slate was an exciting but far-off fantasy. The Xbox Series X|S had launched a few months earlier with a meager exclusive lineup bolstered by hastily-optimized third-party releases and the usual strong backwards compatibility support. Halo Infinite had been delayed a year, the ink on Microsoft’s acquisition of Bethesda was still fresh, and there was no indication that anything from Xbox Game Studios (aside from Infinite) would hit before 2022 at the earliest.

Fast forward one year later, however, and Xbox as a platform is stronger than ever. Not only is it coming off one of the biggest holiday seasons in the history of the brand, but Microsoft’s commitment to gaming has continued to be solidified through consistent Game Pass gets and the recent Activision acquisition announcement. While many of Xbox’s heavy hitters are still a year or two out, the prospect of getting into the ecosystem has never been more enticing.

With so many new Xbox/Xbox Game Pass owners, we figured now is the perfect time to lay out everything coming to the platform at present, in the near future, and in the far future. Read on for everything you need to know about the state of Xbox in 2022.

Xbox is having a moment right now. Though the Series X|S’s first year has been defined more by strong Game Pass gets and third-party support than first-party exclusives, the last few months saw monumental releases in two of Xbox’s most cherished franchises. Forza Horizon 5 exploded out of the gate to the tune of 10 million players in its first week and garnered the highest metacritic score for a new game in 2021. Meanwhile, Halo Infinite’s campaign was released to general acclaim while its free-to-play multiplayer component has managed to maintain a healthy player base despite a less-than-stellar battle pass. As of January 25, 2021, both titles have reached around 20 million players since launch.

In the immediate future, Xbox needs to do two things: continue to support these runaway successes with a steady stream of updates and secure exciting content for Game Pass subscribers. The first half is already in motion; Halo Infinite has enjoyed two in-game events since launch, Forza Horizon 5 introduces new cars and challenges on a weekly basis, and even existing titles like Sea of Thieves have lengthy roadmaps laid out. As long as Microsoft keeps giving players a reason to come back regularly, all three of these titles should help hold players over during the typical early-year gaming drought.

Of course, Game Pass isn’t showing any signs of slowing down either. Between Rainbow Six: Extraction, the Hitman Trilogy, Drinkbox’s Nobody Saves the World, and Spelunky 2, January is yet another killer month for the service. Making deals to continue bringing premiere AAA and indie titles to Game Pass on day one is going to be critical in filling the gaps between first-party releases, and seeing as the next one of those isn’t until summer, they’ll have their work cut out for them.

The Near Future of Xbox

2022 is an exciting year for Xbox. Though the platform’s most promising releases are still a year or two away, this is the year that we’ll likely see first glimpses of several of them. Whereas E3 2021 came and went without a mention of Fable, Avowed, Hellblade 2, or State of Decay 3, there’s a fairly strong chance that gameplay for most if not all of those titles will premiere at E3 2022 (if E3 even happens). This is also the year that Xbox’s internal teams will leave Xbox One development behind in favor of solely focusing on Xbox Series X|S and PC. In terms of actual releases, however, it’ll be Bethesda–and possibly Turn 10–that picks up the slack and keeps the first-party content flowing.

With STALKER 2 delayed to the end of the year, the first few months of 2022 will be propped up by the Remedy-developed campaign for Crossfire X, Shredders, and the highly-anticipated Tunic. Aside from major Game Pass additions like A Plague Tale: Requiem and Slime Rancher 2, there’s also the distinct possibility that Forza Horizon 5 launches its first expansion in the spring (which would line up with past expansion development timelines). While the next Forza Motorsport is likely also coming out this year, a spring release wouldn’t make much sense considering how fresh Horizon 5 is. Not only would a fall release give Playground’s game some time to breathe, but it’d also give players a chance to enjoy the expansion and fill the gap that Xbox currently has in September/October.

The rest of Xbox’s 2022 has Redfall in summer, the second Horizon 5 expansion probably dropping in late summer/early fall, and Starfield closing out the year on November 11. Redfall and Starfield are fascinating in that roughly the same amount is known about each, but there’s a huge disparity in general interest between the two. Even with Arkane Austin’s lauded reputation as the masterminds behind Prey and Prey: Mooncrash, the Left4Dead-esque CG trailer showcased at E3 2021 left many feeling lukewarm. After the tepid reception to Back4Blood last fall, Arkane Austin has a bit of an uphill battle to explain what makes their take on the formula different.

On the other hand, though the moment-to-moment gameplay of Starfield is still a mystery, the fact that it’s Bethesda Game Studios’ first new IP in 25 years has large swaths of the gaming community at least intrigued to see more. The idea of “Skyrim in space” is inherently compelling for many, and the addition of a newly-updated engine and assumed QA assistance from Microsoft spells promising things for Starfield from a technical standpoint.

The Far Future of Xbox

A little over a year ago I wrote an article titled “Top 10 Xbox Studios to Watch Going Into Next Gen.” It was right after the Series X|S launch, and even back then one thing was crystal clear: the majority of Xbox’s studios wouldn’t be ready to go until 2023-2024. While Sony had front-loaded the launch of the PS5 (a strategy that’ll have tradeoffs of its own), Microsoft did quite the opposite; they launched the new console knowing that a majority of its first-party software wouldn’t be ready for several years. That said, what’s been announced is incredibly promising.

It’s rumored that Obsidian wants to release one game every year, with Grounded speculated for 2022, Avowed for 2023, and The Outer Worlds 2 for 2024. While Grounded has seen success in early access for the last year and a half, its full 1.0 launch feels long overdue. Meanwhile, Avowed has an incredible amount of potential as Obsidian’s take on The Elder Scrolls. Set in the Pillars of Eternity universe, Avowed is the first time we’ll get to see what some of the best storytellers in the industry can do with a AAA budget. Similarly,  The Outer Worlds 2 has every chance to blow the (already great) original out of the water thanks to a longer development cycle and a much larger budget. Fans of RPGs should surely keep a close eye on this studio in the coming years.

That’s not to say that there isn’t much to look forward to for fans of other genres. Undead Labs’ State of Decay 3 will be the first title in the series since the studio got acquired back in 2018. Though the zombie craze has died down considerably in recent years, it’ll be interesting to see what a fully next-gen open-world zombie shooter can look like with some money behind it. On the other end of the aesthetic spectrum, Rare’s vibrant, nature-focused Everwild has had something of a tumultuous development cycle after losing its creative director and undergoing a soft reboot. Xbox is even trying its hand at an open-world Payday-esque game by partnering with Avalanche on Contraband, yet another title that will have to prove itself in the flooded open world co-op landscape.

Then there’s Perfect Dark and Fable, two revitalizations of dormant IPs given to brand new teams. The news that The Initiative was tapping Crystal Dynamics for assistance with development was a bit shocking at first, but it may simply speak to the scope of the project and the freshness of The Initiative as a studio. Perfect Dark is likely the furthest out from release of everything mentioned thus far, including Fable, which started development at Playground back in 2017 and is speculated to release in 2023. Again, we’ll likely see the first glimpses of gameplay this summer.

Finally, Hellblade 2 is the only “far future” title that we’ve actually seen in action. Its recent showing at The Game Awards was so visually impressive that some questioned if it was CG. Though there’s no release window for Hellblade 2 yet, it may be just as far out as Perfect Dark if Ninja Theory aims to maintain their high bar of polish and visual fidelity.

Of course, we’d be remiss to ignore the constant stream of rumors surrounding the few projects Microsoft hasn’t announced yet. These include everything from Compulsion’s next game (rumored to be a dark fantasy third-person action-adventure) to a mysterious collaboration with IO Interactive on a new IP. Perhaps the most detailed rumor is that Josh Sawyer (lead designer of classics like Fallout: New Vegas) is hard at work on a fourth, smaller game from Obsidian with a suitably small development team. Supposedly inspired by Disco Elysium, this title is said to be a murder mystery and will feature the same branching narrative structure that the Fallout series is known for. And this is to say nothing of InXile’s next project following Wasteland 3, or The Coalition’s rumored Unreal Engine 5 experiment ahead of Gears 6. For as much as we know about Xbox’s lineup, there’s still a ton that’s shrouded in mystery.

That’s ultimately what makes it such an exciting time to be in the Xbox ecosystem. Now more than ever, it’s crystal clear that Microsoft is heavily investing in bringing content to Game Pass for years to come. Be it acquiring whole publishers for a steady stream of content, making the service easily accessible via PC and the cloud, or creating partnerships like with EA Play, the value that’s there as a player is frankly ridiculous. At the same time, this model is what allows for things like Everwild to be rebooted and for studios like Playground and The Initiative to take their time with Fable and Perfect Dark, respectively. Game Pass ensures that there’s always something on tap to play, and thus there’s no longer a rush to fill software droughts in-between major releases. With a consistent flow of games to play, internal dev teams getting the time they need to fulfill their visions, and the barrier to entry being lower than ever, the state of Xbox in 2022 is solid and the future is bright.