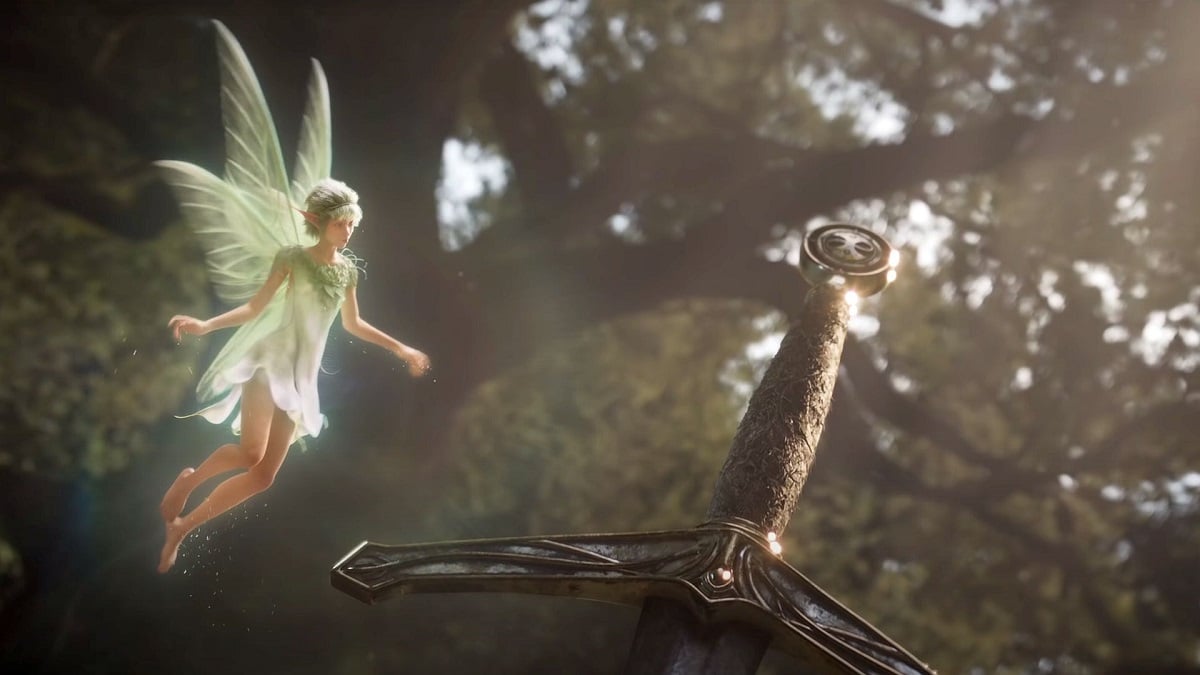 The Future of Xbox Game Studios…

The first wave of Xbox Series Xs and PlayStation 5s are in players’ hands and the excitement of a new generation of hardware is in full swing. Amidst all the tech reviews and stock shortage woes, however, one thing has become increasingly clear: Microsoft’s first-party studios aren’t ready to shine just yet.

Of course, there’s no doubt that the games are coming; Xbox will have the full support of 13 Xbox Game Studios and 23 studios overall after the Bethesda acquisition is finalized in next year. But with Halo Infinite getting pushed and no concrete release windows for other first-party titles, the question remains: what can Xbox Series X/S players expect from the best talent Microsoft has to offer? This Xbox Game Studios ranking attempts to answer just that.

There’s a reason Double Fine is one of the most respected studios in the industry. Headed by Tim Schafer, the team has created everything from indie darlings like Broken Age and Costume Quest to AAA cult classics like Brutal Legend. Their current project, Psychonauts 2, looks to be the colorful and psychedelic sequel series fans have been hoping for since 2005. But what does the studio’s future look like beyond that 2021 release?

Like a few of the entries on this list, Double Fine’s next outing is a complete mystery. Some fans have been vocal about wanting a sequel to Brutal Legend, but that possibility in particular has been shut down by Tim Schafer himself. The studio has reiterated that they’re focusing all their efforts on getting Psychonauts 2 to the finish line; thus, for as exciting as a next-gen project from Double Fine may be, it likely won’t be unveiled until midway through the generation.

343 Industries is a studio to watch cautiously. Following the heavily negative reception to the Halo Infinite gameplay reveal in July, Microsoft did the unthinkable and delayed their flagship next-gen launch title into 2021. While fan and press reception were likely only part of the reason for the push, it was abundantly clear that Infinite just wasn’t living up to what people expected from such a blockbuster franchise.

With reports of new management and heavy speculation of a new holiday 2021 release window, long-time fans are starting to question whether 343i is able to do Xbox’s premiere franchise justice. If Infinite is yet another fumble following the immensely disappointing Halo 5: Guardians, it may spell doom for a team still trying to fill the massive shoes Bungie left behind.

Unlike Double Fine, InXile just released their latest big budget project earlier this year: Wasteland 3. Garnering a largely positive reception from critics and players alike, this latest entry in the storied franchise proved that InXile still has what it takes to write enthralling stories with characters and decisions that matter.

Interestingly enough, InXile has been working on their next project for quite some time. The studio was looking for a Lead Software Engineer for the project at the end of last year, and this past May studio head Brian Fargo confirmed that their “next-gen RPG” would be leveraging Unreal Engine 5. Considering the fact that UE5 won’t go into preview until early 2021, InXile’s first project under the Xbox Game Studios banner is likely only in pre-production at the moment. Still, this mystery RPG should be a strong boon to the Series X’s mid-generation lineup.

Out of all the Xbox Game Studios, Undead Labs might be one that’s exhibited the most growth over the last console generation. Starting with the incredibly ambitious goal of creating a dynamic, open-world zombie survival game back in 2013, the studio has consistently iterated and built upon that promise for years. As it stands today, State of Decay 2: Juggernaut Edition is one of the best zombie survival experiences on the market (after years of optimizations, tweaks, and content updates, of course).

While not much is known about the impending State of Decay 3, the Series X is poised to finally give Undead Labs the raw horsepower they need to make their original vision a reality. That coupled with this being the first game they’ll release as a first-party studio means that we’ll finally get to see what the team is capable of with a full AAA budget and (much-needed) Q&A resources. Survival horror fans should definitely keep an eye out for this one.

Coming off the immense success that is Sea of Thieves, Rare has proven that they still know how to craft the captivating, cartoony worlds that made the studio famous so long ago. Everything we’ve seen of Everwild points to Rare continuing down this same road on the Xbox Series X: a beautiful art style, expressive characters, and what seems to be a focus on cooperative play.

There’s only one problem: Rare may still be undecided on the game’s core mechanics. Is it an open-world exploration game like Sea of Thieves, or is it more linear and intricately designed? How will the Everwild team convey the concept of nurturing a world and working with animals to restore nature and protect wildlife? Following two cinematic trailers since 2019, Everwild’s prospects all come down to seeing a gameplay reveal sometime next year.

Compulsion earns its placement on this list for one critical reason: potential. Microsoft’s 2018 acquisition of Compulsion Games was a head-scratcher for many; We Happy Few had floundered just earlier that year, receiving middling reviews from fans and critics alike. The team’s marquee title had captured hearts and minds with its Bioshock-esque narrative, but the delivery had ultimately left players cold. So what could Microsoft have seen in them to make the purchase worthwhile?

Potential. In a recent GameReactor interview Xbox Head Phil Spencer shouted out Compulsion Games right alongside The Initiative as the two studios whose games he’s most excited for the public to see. He specifically pointed to the team’s compelling artistic direction and ability to create unique settings—both skills that were certainly on display in We Happy Few. Seeing as the team has only been working on early ideation and hiring throughout 2020, this is another project that might not see the light of day for some time. Eventually, though, we’ll all see if Phil’s gamble was worth the risk.

Ninja Theory is both one of the most exciting and concerning studios under the Xbox umbrella. On the one hand, the team is obviously passionate about pushing the technological and immersive boundaries of games. Hellblade: Senua’s Sacrifice was a stunning AAA-tier experience made on a AA budget, so one can only imagine what the studio can accomplish with the full backing of Microsoft. On the other hand, the fact that Hellblade 2 hasn’t been shown in any capacity since its initial reveal almost a year ago might mean that it’s quite farther off than many had expected.

Still, Ninja Theory continues to show promise. Their exploration into portraying a “grounded representation of mental terror” with Project: Mara sounds like it could lead to one of the most engrossing (and disturbing) horror games of all time. And for as far out as Hellblade 2 may be, it’s joined InXile’s next project as the only other first-party Xbox title confirmed to be using Unreal Engine 5. The studio clearly has grand ambitions on all fronts—only time will tell if they can be delivered upon.

Of all the studios on this list, Obsidian is the most known quantity. Their next-gen bid, Avowed, was an immediate highlight of the Xbox Games Showcase in July. The idea that some of the best storytellers in the industry are working on an Elder Scrolls-esque first-person fantasy RPG is tantalizing, to say the least.

However, there’s a fair chance that The Outer Worlds 2 may hit before Avowed does. A sequel hasn’t been formally announced, but the team has spoken several times about wanting to continue to build upon that universe, and there were recent rumors of a new entry already being in pre-production. With a solid framework to build off of and many more resources to work with compared to the first title (the mantra of which was literally “time and budget“), an ambitious follow-up to one of 2019’s best titles may be Obsidian’s first step into the new generation.

The Initiative’s insane talent pool and much-speculated first title haven’t topped this list—but it’s close. Built from the ground-up to be a “AAAA studio” that can match Naughty Dog blow for blow, The Initiative has been on a massive hiring spree ever since Xbox announced its establishment in mid-2018.

Since then we’ve only gotten the smallest of teases of the studio’s game, like a picture of Phil Spencer going hands-on back in February. Rumors of a Perfect Dark reboot (or at least something in that same universe) have swirled for quite some time, but when and how that takes shape remains to be seen. Whatever it is, one thing’s for sure: its unveil will likely be the first real taste we get of the full power of the Xbox Series X.

No Microsoft studio (the Bethesda suite included) is better positioned to impress than Playground Games. The UK-based team is handling two of the most anticipated titles in Xbox’s stable: the long-rumored Fable reboot and an unannounced sequel to the stellar Forza Horizon 4. There aren’t many concrete details about either title thus far, but considering Playground Games’ track record, the potential for both is immense.

On the Fable side, Playground has the chance to completely reimagine one of Xbox’s most underrated IPs. It’s a franchise that many (including myself) hold dear, but it’s also one that’s never truly lived up to the lofty promises of its creator. Now in the capable hands of Playground—a studio that’s never made an RPG but has excelled at creating gorgeous, fully-realized worlds—Fable finally has a second chance to be the powerhouse exclusive title Microsoft so desperately needs. If the reveal trailer is anything to go by, a vast world full of adventure and that classic British humor awaits.

Then there’s the Forza Horizon team, the crew that has proven themselves time and again throughout the last generation. The Forza Horizon 4 patch for Xbox Series X is already a thing of beauty, so imagining what Playground could accomplish technically with a title built for it is mind-boggling. Pair that with a much-requested Japanese setting and Forza Horizon 5 could be one of the most stunning games of the generation. Neither of these are imminent, but as far as Xbox’s killer apps go, it doesn’t get much better than the franchises in Playground’s grasp.