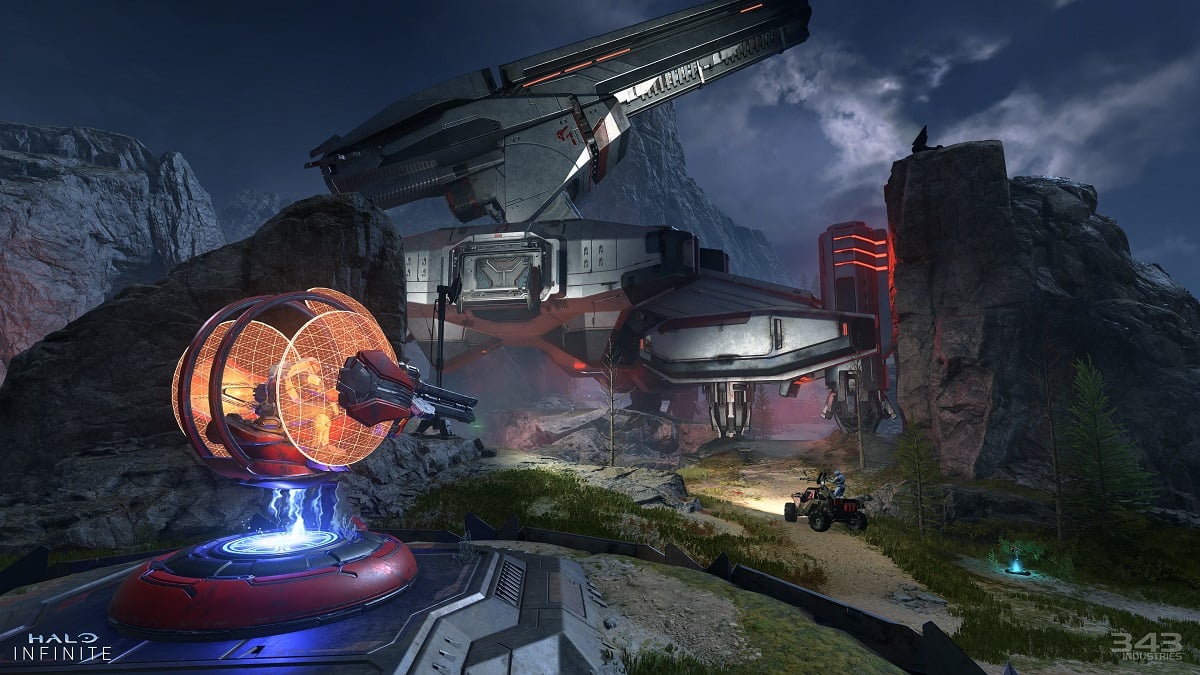 The Halo Infinite multiplayer beta has been immensely popular ever since its surprise drop during the Xbox 20th Anniversary Celebration. A couple of weeks have now passed and millions of players have gotten their hands on the free-to-play beta. Progression issues aside, the reception has been largely positive from both the casual and competitive scenes, with many praising the gunplay and map design in particular.

In this list, we’re going to break down and rank all of Halo Infinite’s 10 maps. For the record, nearly all of these are great in their own right; some are simply better than others. With that, let’s get into the ranking!

Of all the new maps in Infinite, Aquarius feels like the only inconsequential addition. Its split between upper and lower levels is an interesting wrinkle, but its closed corridors along the sides can lead to almost disappointingly quick flag captures. As a smaller indoor map it doesn’t quite stack up to Streets, and the fact that it’s symmetrical makes it much less interesting than something like Live Fire. It gets the job done for objective-based modes and can be fun to traverse with the grappleshot, but its uninspired visual identity (it’s a greenhouse, I guess?) puts it squarely as the bottom of the list.

It doesn’t get much more cookie-cutter than Highpower. It’s bathed in the natural beauty of the outdoors, but it’s rather bland compared to something like Fragmentation, and its base design is lacking compared to Deadlock. That said, the small gate in the center of the map makes for some great Strongholds and Total Control moments, with both sides vying for dominance of the area. Capturing flags and power cells on Highpower can also be rather harrowing given how high you have to climb to reach them in each base.

As the first-ever Halo Infinite map that players were introduced to during the test flighting sessions, Live Fire had to make a great first impression. Thankfully, its small scale and mix of tight corridors and open-air spaces was the perfect testbed for highlighting Infinite’s gunplay. It’s rare that more than five seconds go by without seeing another player, keeping tension up and making quick reflexes a must. Its size does make it easier to get tired of simply because there isn’t as much space to explore as other maps, but as part of a rotation (and for competitive play), Live Fire remains a strong addition to the lineup.

Behemoth is something of an oddity. Not only is it the only desert-themed map of the current lineup, but it’s also surprisingly large and wide-open for a map not made for Big Team Battle (an issue the similarly large Launch Site avoids thanks to its more enclosed nature). Regardless, Behemoth’s uniqueness is also its strength; its openness makes it an ideal playground for vehicles like the Banshee, and its clear sightlines make snipers and rocket launchers especially lethal.

As the second map that players were introduced to during the test flighting period, Recharge felt like a breath of fresh air thanks to its larger and more segmented design. Its focus on elevation makes it prime real estate for grappleshot usage, and the bottomless pit on one side of the map is perfect for pushing opponents into with the repulser. It’s also one of the more attractive maps thus far; the clean lines and pops of color sprinkled throughout are both great eye candy as well as smart visual indicators.

Between the luminescent glow of abandoned shop signs and the reflections off of the damp pavement, Streets is undoubtedly a looker. It gives us a glimpse into what life on New Mombasa was like, complete with bars, posters for festivals, graffiti-smeared back alleys, and restaurants. The visual storytelling here is simply impressive; one entire side of the map acts as a subway station, and the sheer detail given to the different stores populating the map is commendable. It’s a small but promising slice of what we can hopefully expect from future lore-centric maps in Halo Infinite.

Set in pertetual evening against a looming rocket hangar, Launch Site is one of the most visually distinct and intricate maps of the bunch. It’s large but not quite large enough for Big Team Battle, and it’s uniquely designed in the shape of a donut; the giant pit in the middle forces players to move along the sides. What makes Launch Site special beyond its aesthetic and layout, though, is how much it rewards map knowledge. There are multiple inconspicuous ventilation shafts to fall down and routes to discover, and if someone knows the map well enough, delivering a flag back to base can be a cinch.

Fragmentation flawlessly delivers on classic Halo Big Team Battle map design. Its massive valleys and rugged terrain—complete with varying elevation levels—make almost any playstyle viable. Snipers have multiple perches to access, stealthy players have plenty of spots to hide and jump out from, and those who love vehicles have wide-open roads (and skies) to whip around. More than anything, though, Fragmentation is easily one of the best maps for objective-based matches. Capture the Flag and Total Control modes feel like all-out warfare here, and it’s glorious.

While Fragmentation excels in objective-based setups, Deadlock takes it to another level. Its formidable bases spring to life during Big Team Battle and lend a feeling of entrenched warfare that few other maps achieve. The outposts on either side do a great job of shaking objective placement up, while the vast expanse of dirt roads connecting everything provide routes for those brave enough to come roaring through on vehicles. From its beautiful melding of industrial design and nature to its team-centric design, Deadlock is an easy standout among this initial offering of maps.

A clear callback to Halo 2, Bazaar may be one of the best-designed Arena maps in the entire series. The star of the show is easily the market square, an open area where firefights break out and chaos ensues. Power weapons are deviously placed on either side of the square, encouraging players to take risks and not stay hidden behind the cover of the surrounding buildings. The areas beyond this are perfectly crafted for Capture the Flag, with three different ways to approach each base. It’s simple but incredibly intuitive map design, and really highlights how valuable the grappleshot and threat sensor can be. Bazaar is ultimately about smart and quick confrontation, and that’s what makes it the best current map of the Halo Infinite suite.