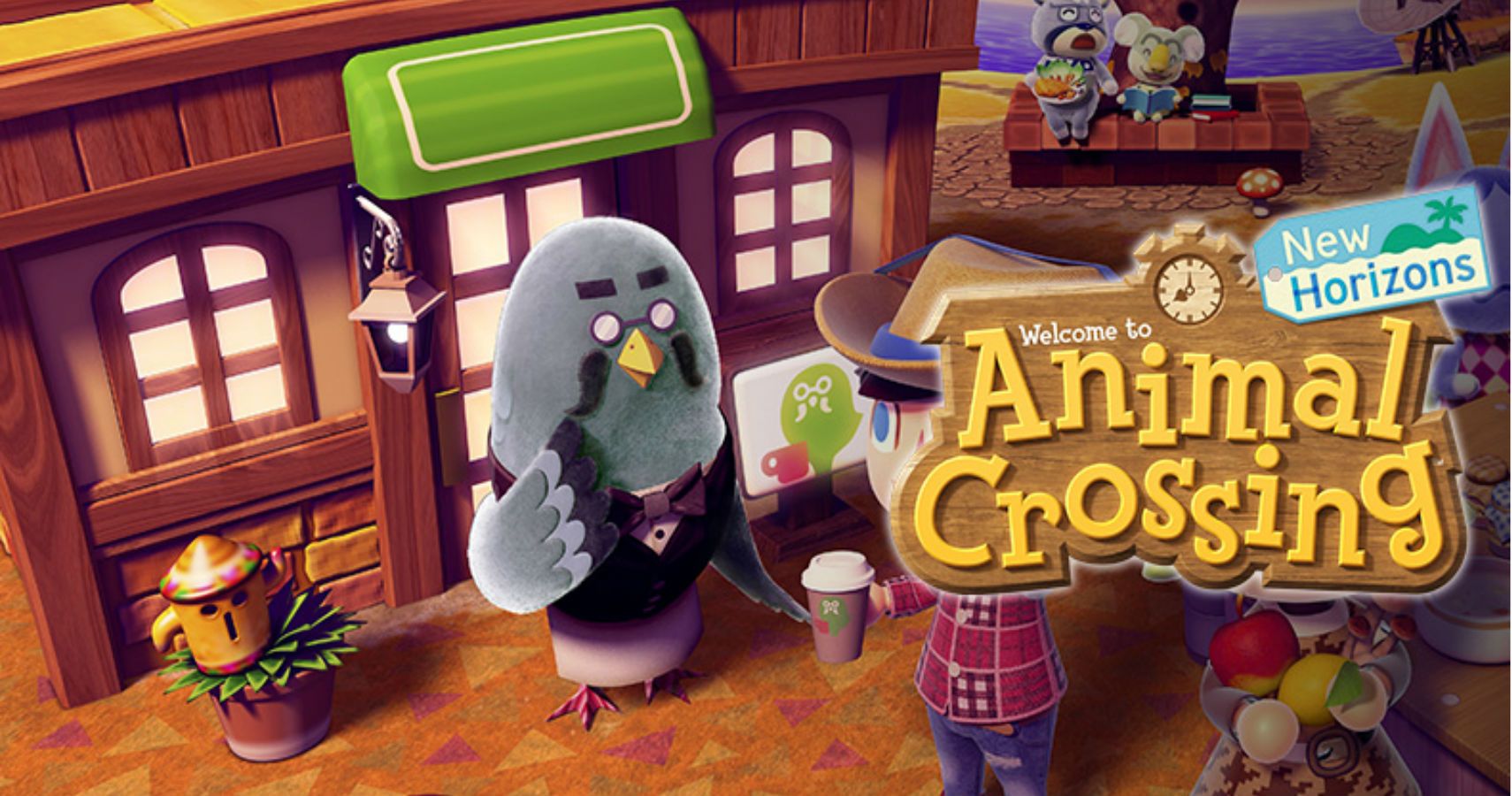 This Thursday’s Nintendo Direct was bursting with news, it was easy to miss the fact that Animal Crossing: New Horizons’ Brewster’s Cafe, The Roost (and an update detailing it) were officially announced.

What’s the big effing deal about a pigeon and some coffee showing up in the Museum? Well, whether you’re new to the Animal Crossing family or an old-school Villager, we’re here to refresh the what and the why of the hype behind this beloved bird.

Brewster is the aloof pigeon friend that everyone needs. Like the greatest server that puts you into a problematic spin, he is initially a little blasé but gets nicer as you BUY MORE COFFEE, and consume it correctly (by his exacting standards). His dialogue is delightfully dry, his persona, like so many on our islands, is perfecto. Get to know him well enough and it might get weird when he offers you the pigeon milk.

2. You Can Drink Coffee!

Drinking a hot cup of java is one of life’s greatest joys. So is playing Animal Crossing. Having a seat at the The Roost and getting to do both is simply the best.

Animal Crossing: New Horizons is a wonderful game by any metric, but the fans always want more. Brewster has been a staple throughout the series, and we all knew that he, like an expected treasured gift, would be coming. We even knew right where it would fit in the Museum! But they hadn’t made it official! It was making us a little jittery…

4. Brewster Gives You A Job!

Ok, this is not a given, and we’ll find out more in the dedicated Direct (or through playing). Like all of the cast of AC, Brewster’s role has shifted and changed slightly from game to game. But in past games, if you drank enough coffee, it would eventually open up a coffee serving mini-game, which is just charming as heck.

5. It Could Mean The Return Of Gyroids?!?

Arguably one of the saddest absences from New Horizons is its general lack of gyroids. For the uninitiated, gyroids are strange and adorably useless dancing robots (technically they are furniture, but I find that demeaning to their glory). If you’ve only played New Horizons, you’ve met a couple – they are the little dudes who show up when you have a bridge or incline under construction.

And like all adorable and useless objects before them, they are the best. They used to show up only when it rained, often instead of fossils, which is very refreshing to find under an ‘X’ on the ground.

What do they have to do with Brewster? In some of the past games Brewster would, if sufficiently convinced, offer to store your gyroids for you (there’s a ton of those buggers). Maybe they might come back with him?!? It’s a long-shot, but we dare to dream at Goomba Stomp.

Animal Crossing: New Horizons is beloved. But if you’ve played it for a year and filled your island to the brim, it’s hard to concoct too many reasons to jump back in.

Brewster and The Roost will get us in, but maybe it will give us more reasons to stick around. And most of all, hopefully it means there are still a few more missing favorites that we’ll get to see again. Katrina and Kapp’n are conspicuously absent, and we’d really like an expansion to Nookington’s, if anyone is keeping notes.

What’s more fun than getting yet another Nintendo Direct? A Nintendo Direct that is JUST about Animal Crossing. That’s my utterly scientific and unbiased opinion, anyhow.

Here’s to hoping this signals lots more to come from one of the greatest games ever made!