Tucked inside a hotel ballroom two blocks away from PAX, the Seattle Indies Expo nevertheless attracted an impressive crowd. This annual celebration indies and the Pacific Northwest boasted an incredible diversity of games. From visual novels to VR, the Seattle Indies community once again shows how much creativity lies within its many talented members. 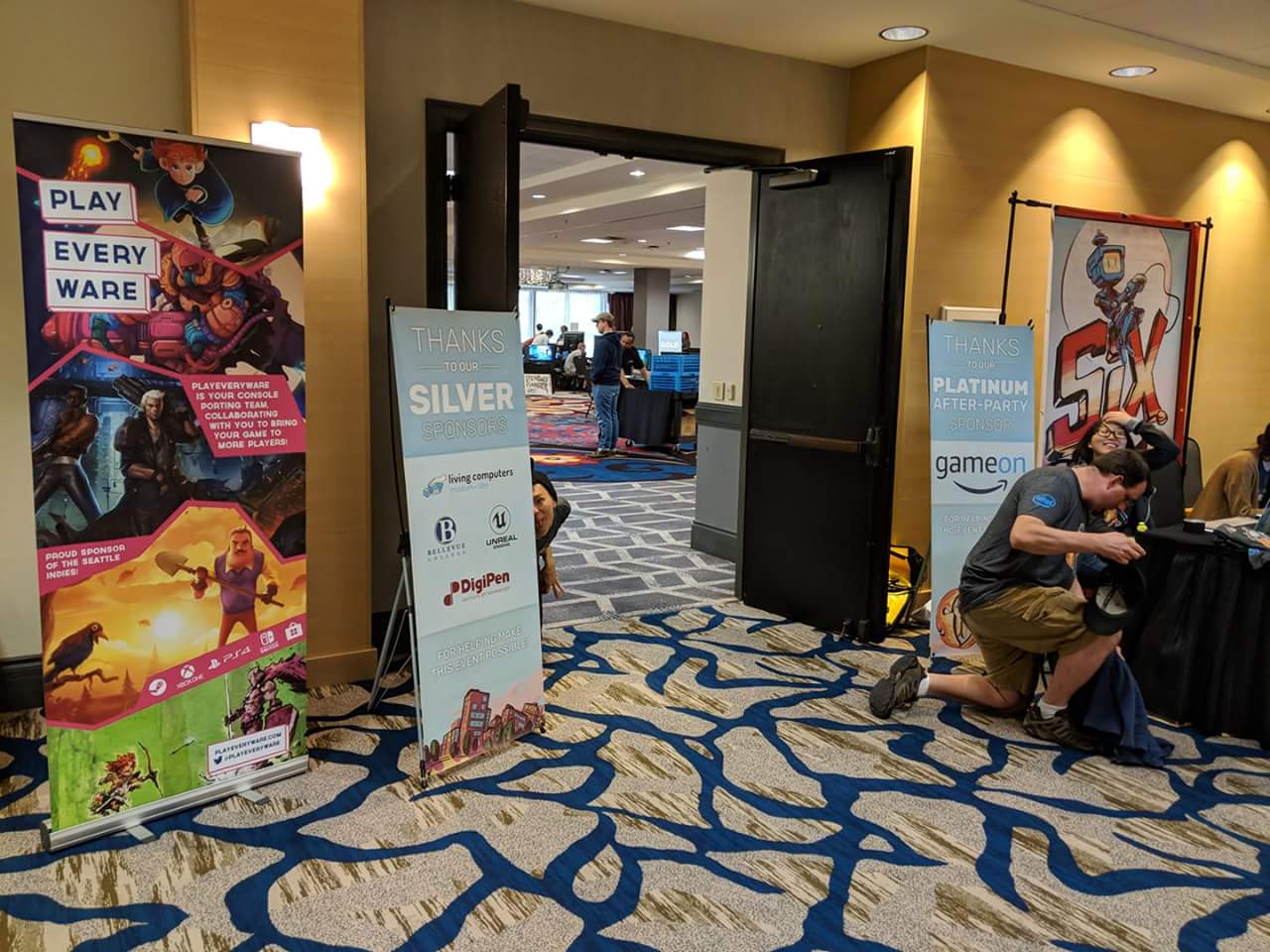 Out of the lineup of twenty-five games, the following five stood out to me the most.

Hoo boy was this game made for people like me. Gravastar is the first title out of Studio Atma but you certainly wouldn’t be able to tell. The game’s demo, albeit rough around the edges, still manages to scream “production quality”. The music, art, and combat system could give the best of Japan a run for their money.

As a JRPG inspired by 2D fighting games, Gravastar aims to make scrubs like me feel awesome. Its unique active battle system captures the feeling of combo mastery with none of the learning curve. The crisp 2D animation pops and shines off the screen and will undoubtedly look even better as development continues.

Full disclosure, I do work on this game as a side-gig but that doesn’t make it any less great. Headliner: NoviNews is a standalone sequel to Headliner, a short media-bias adventure where you control the news. NoviNews tackles that same idea, but with the polish of a developer who’s already gotten their feet wet.

You are the Headliner and you control what news articles get published or rejected. Your choices cascade into a series of consequences that affect both the nation and your personal life. In the vein of games like Papers, Please, Orwell, and Beholder, prepare yourself to make the hard choices.

Tactics games have a reputation for being obtuse and number crunchy. Wintermoor Tactics Club remedies that by treating their game as more of a puzzle to solve. Wintermoor boils the tactics genre down to its essentials so that you can focus on the gameplay, rather than min-maxing.

While the game follows a group of kids in the 80s, it thankfully avoids the trap of aping on Stranger Things. Wintermoor’s hones in on a delightfully cheeky tone that meshes wonderfully with the soft, colorful art style.

Thought you’d gotten tired of soul-crushing platformers? Think again! Fowl Damage puts you in the role of an egg. Your basic goal requires you to reach the end of a level without breaking and spilling all over the place. Simple, right? Yeah, no.

Fowl Damage adopts the frustratingly entertaining mantra of “die-and-retry”. Your brittle eggsterior will break under pressure so you need to plan your movements accordingly. Much like Celeste, the controls are fairly simple. The level design, however, will easily take you for a ride (and then some).

As someone who worked in theatre for quite a while, I was immediately drawn to Puppet Pandemonium. Anything that can combine both performance and video games gets a solid thumbs-up in my book. The premise is simple: two players take on the role of puppet hosts as they lead an audience of five through Warioware-like minigames.

The sheer novel nature of it was enough for me to overlook some of the more iffy design aspects. The minigames themselves are fairly simplistic, but do a good job of integrating the hosts and audience participation. With a bit more polish, Puppet Pandemonium could take the world by felt-covered storm.

While I have my own personal preferences, the entire lineup at SIX exemplifies the dedication and vision one can only find in game development. Below is the full list of the other twenty games featured at SIX that show just how diverse the talent in Seattle truly is.

[links to each game can be found through their names]