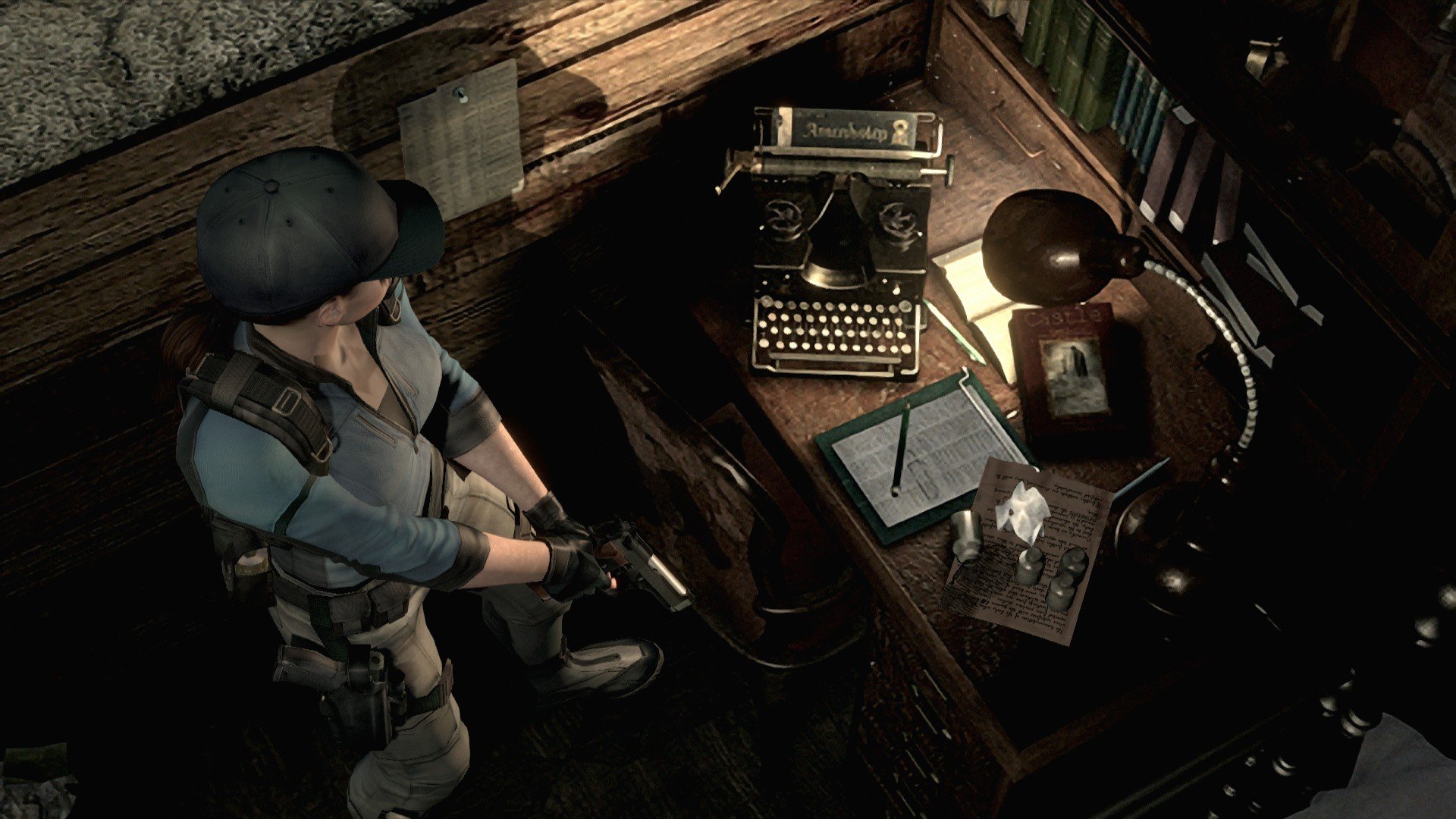 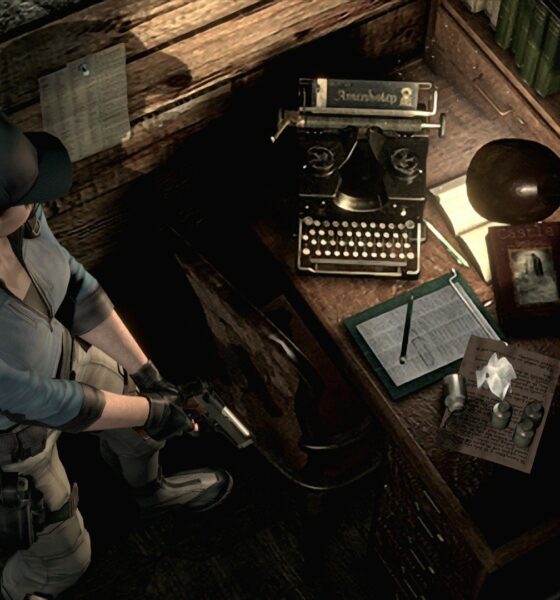 A place to hide from the nightmares outside.

Take a Break From the Scares

We all know Horror’s job is to scare its audience. This can be achieved overtly with copious amounts of gore, body horror, or unsettling imagery, or it can be achieved subtly, psychologically, with impossible choices, questions that keep you up at night, and sound design that gets under your skin. The best Horrors mix these together in frighteningly unique ways. And the best Horror games make you face those fears yourself.

But there’s a problem. Horror is built on tension, on the ebb and flow of fear and stress. Game developers can’t just keep ratcheting up the tension as the game goes on, it becomes exhausting. If the horror doesn’t let up, if the game is too dismal and depressing if the malformed monsters are too relentless, the tension is never released and gamers simply burn out. It all becomes too overwhelming to continue and so they give up, never finish, and never make it to the credits. Either that or they become desensitized to the horror. The game never lets up and so it all starts to feel the same. It kneecaps itself by trying to be too scary and ends up feeling dull and samey.

Take the Scorn, released just last week on Xbox Series S/X and PC. It has a fantastically macabre setting – an endless maze of fused machine and flesh, an HR Giger drawing come to life – and some truly disturbing puzzles and enemies. But it is unremitting in its design. Every new level, every new ribcage doorway and oesophagus-esque corridor leads to some new torment. There’s never a moment to breathe, to stand back and take stock, and it suffers for it.

Horror games need to let their players take a break. And that is why safe places are so important.

A Quiet Oasis in a Neverending Nightmare

Take the most well-known of these safe places, the save rooms in Resident Evil games. These rooms can be found in every mainline Resident Evil entry and offer players a break from the zombie-infested nightmare they find themselves in. With their save points, storage box, and calming (if still somewhat eerie) music – music that players will come to recognize and cherish before their first hour is through – it’s immediately obvious from the moment the player walks in that nothing can touch them in here.

Resident Evil games are fantastic, terrifying rollercoasters. From the claustrophobic, zombie-filled corridors of Resident Evil 2’s police station, to the wide-open mob-filled village of Resident Evil 4, the player is constantly at risk of attack. And even as the series drifted further away from survival horror and into action, players still had to keep an eye on their ammo and green herbs. There’s always so much to juggle. And so, with turning into a new room, only to hear that familiar, calming music, comes great a sense of relief.

Stepping into any Resident Evil save room instantly takes a weight off players’ shoulders, and allows them to breathe a deep sigh of relief. The moment they step inside, the rest of the game world falls away. The zombies just on the other side of the door are no longer interested, and not even Mr X can force his way inside (though he might stick his head in every now and again to check on you). In a save room, there’s no need to juggle ammo or health, the player has time to take stock. Here, they have all the time in the world to check their supplies, upgrade their equipment, and plan their next move in total safety.

It also gives them time to recharge both mentally and physically. This serves two purposes.

First, it prevents burnout. If players have a safe place to return to whenever they are feeling overwhelmed or a goal they can push towards, it makes the stresses of the main gameplay more bearable. It provides both a safety net to fall back on and an incentive to keep going.

Second, it also helps make the horror even scarier. By giving the player a chance to reset, it also resets the tension, allowing the developers to start ratcheting it back up again. Or they could really startle the player with a sudden jumpscare that seems to come out of nowhere. But just the act of leaving the safety of a save room, forcing players to leave their comfort zone in order to progress, is enough to send their stress levels through the roof.

This is especially true in VR. When it actually feels like you are the one who has to physically step over that threshold, the whole thing becomes a thousand times worse. And when you finally reach a new save room, the relief you feel is next to nothing you’ve experienced before. Playing through Resident Evil 7 in VR was perhaps the most terrifying experience of my life. And I cannot wait to put myself through it all again with Resident Evil Village when the PSVR2 finally releases next year.

Hiding Under the Bed

While not the same as save rooms, as they don’t offer 100% protection, hiding places serve a similar purpose. While usually tied directly to gameplay, beds, lockers, and vents provide a breather from the terror. A short stop to get away from the immediate danger, even if only for a second.

Hiding under the bed in House Beneviento in Resident Evil Village, or cramming yourself into lockers in Outlast and Alien: Isolation may be necessary in order to survive and progress, but they also give the player a few precious seconds to compose themselves and get ready for their next sprint to safety. These hiding places may not be fool-proof, and if players linger too long, they may be found out, but for a few moments, the threat is over, and the player has time to plan their next move.

Even better, while hiding places can be a way to temporarily mitigate the horror, they can also be an opportunity to send it skyrocketing. Watching the inmates of Outlast’s Mount Massive Asylum open the lockers on either side of you or check under the bed beside yours, fully expecting the next one they try will be yours, is a truly heart-stopping experience. Holding your breath as Alien: Isolation’s titular Alien stalks back and forth – its slender body gleaming under phosphorescent lights, its long tail slithering over the floor – just praying it won’t hear you and tear you out of your hiding place, is horror at its purest.

So, while not as universally loved as safe rooms, hiding places work perfectly to break up the horror and keep players invested in the game.

How Safe Is It, Really?

As players start to become more comfortable with a horror title, they begin to see the safe places, save rooms, and save points as sacred. The game has set a precedent that nothing bad will ever happen in there, that they are safe, and the player can let their guard down. Once developers have built this trust, there’s always the temptation to break it.

In the original Dead Space, at the end of a long corridor and after a harrowingly long section of the game, there is a save station. There’s blood on the walls and bodies on the ground, but this is Dead Space, that’s par for the course, and its soft blue glow is so inviting. When I first played through this game, I was low on health and ammo at this point, I had just run past a whole group of Necromorphs and desperately needed somewhere to stop and catch my breath. So, when I noticed this save station in the distance, I sprinted towards it, full-steam, never taking the time to check my surroundings or whether the Necromorph lying before it was as dead as it seemed. I remember leaping out of my chair when it jumped to its feet and attacked, only just finishing it off with my last few rounds of ammo. I never trusted a single save station from that point on.

Tricks like this are perfect for getting into players’ heads and unsettling them for the rest of the game without ever having to do anything more. Once one safe place has been violated, what’s to stop it happening in any of the others? The safe place will still work as intended, giving players a space to restock and recharge, but now they will always have that lingering doubt in their minds.

Amnesia: The Dark Descent does something similar. Brennenburg Castle is oppressive, and there are very few sections in which the player can feel truly safe. But there is one, a large chamber with an eerie fountain at its centre and many doors leading off into other parts of the castle. It’s disquieting at first, but the more often the player returns, the more familiar this setting becomes, until it feels almost normal. That is, until it becomes corrupted by the blight that infests the rest of the castle. The water in the fountain turns to blood, and dark pustules seep out of the walls. What once felt safe, now feels as alien as the rest of the castle.

Horror games need safe places as much as players do. Without a sanctuary to turn to, the darkness can quickly overwhelm. Despite wanting to scare the player, horror games also want to be played! And if they can’t insert a few quiet valleys between the terrifying peaks, players will simply switch off.