Nearly a year ago, Jupiter Corporation released Picross S, a solid but predictable collection of brainteasers that brought Nintendo’s long-running puzzle series to the Switch with minimal bells and whistles. Now puzzle devotees can double dip with Picross S2, a…solid but predictable entry that follows up last year’s entry with minimal bells and whistles.

Indeed, Picross S2 feels as much like an expansion to Picross S as a direct sequel. Like purchasing a book of crosswords or Sudoku puzzles, there is little to Picross S2 that makes it stand out from the dozens of Picross games before it. That said, Picross S2 is more Jupiter Corporation Picross, the finest Picross money can buy. This is no-frills rock-solid puzzle gameplay that can last dozens of hours, all at a budget $9. And if you like the way that sounds, then it’s a close and shut case: Picross S2 is for you.

For the uninitiated, Picross is a Sudoku or Kakuro-like puzzle where the player fills in squares on a grid based on numbers surrounding that grid. Much like other iterative logic puzzles, the rules are simple but the experience of playing can be deep, strategic, and transfixing. 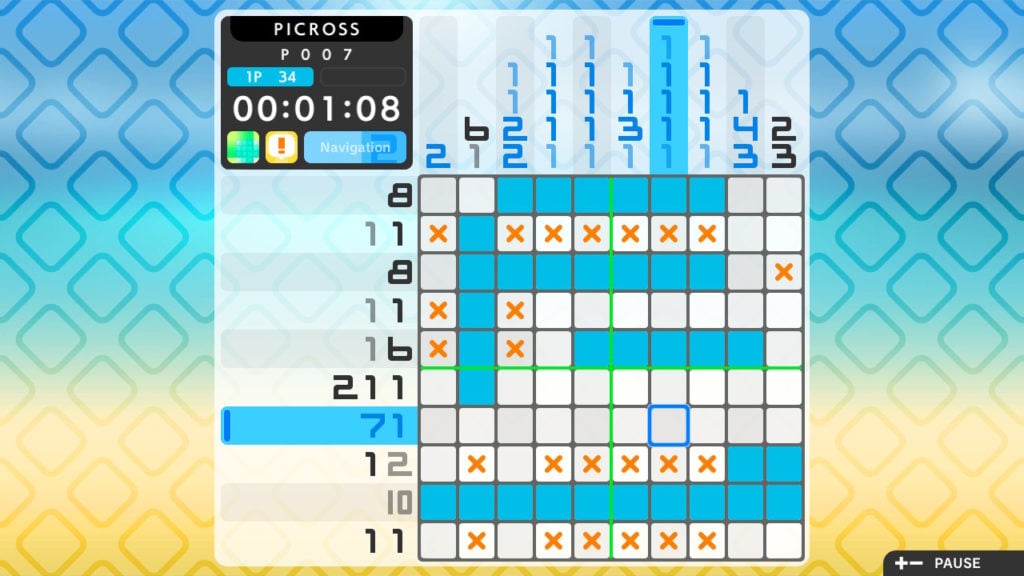 If you already enjoy Picross or are interested in the premise, there is no better starting point than Picross S2 on current generation hardware. In its consistently expert design, it may even rank among the greatest Picross games ever crafted on a puzzle-by-puzzle basis, even if it is largely forgettable on other fronts.

Like Picross S, Picross S2 severely lacks character. Its art style, soundtrack, and general presentation are almost Apple-like in its generic, faceless, unremarkable aesthetic. Yet these same elements also lend the overarching play experience clarity and crispness, making for a smooth if bland experience from tutorials, to menus, to the various modes of the core puzzle gameplay.

Picross S2 only differs from Picross S in a couple of areas. Most notably, it features a new Clip Picross mode that features a wide variety of grid sizes not found in the normal Picross mode (or divisive Mega Picross mode), where the player completes a series of puzzles that ultimately combine to form an especially intricate image. These Clip Picross puzzles are gradually unlocked by playing through the standard Picross mode. 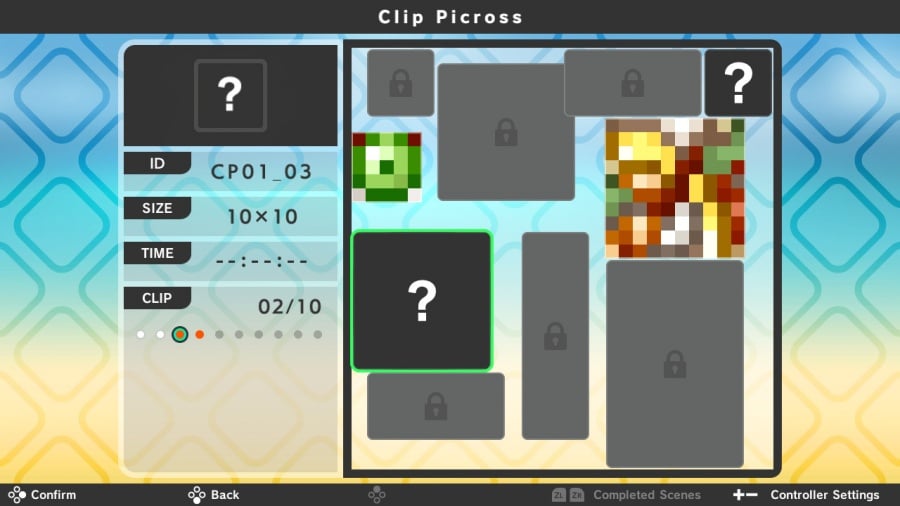 Clip Picross feels like a perfect half-step toward a story mode, diversifying and contextualizing play in a way that acts as both a reward and a short break from standard puzzles. These meta-puzzles are certainly prettier than any of the puzzles on a smaller grid and feel especially novel compared to Picross S’ bland puzzle imagery. Although some larger puzzles can be a bit difficult to see, this new mode is undoubtedly Picross S2’s highlight, and what gives it a leg up over its predecessor.

And this greater attention to detail is also present in the normal Picross mode, where the images the player creates are more memorable than in Picross S. While Picross S went heavy on basic shapes, household items, and generic Picross iconography, Picross S2 features slightly more razzle-dazzle through diverse wildlife and oddball items that make finishing each puzzle slightly more rewarding than it was in Picross S. Although this is a minor change-up, the extra flair goes a long way toward making the player feel constantly rewarded for their efforts.

As a whole, Picross S2 meets or slightly exceeds Picross S in every way. Most importantly, its collection of puzzles are greater in quality, quantity, and diversity, and its new Clip Picross mode adds a smart framework and sense of progression to the overarching experience. Through these small but significant changes, Picross S2 ends up being one of the strongest outings for the franchise in recent years despite being nearly identical to them in most regards.