If you’ve never even heard of a time pre-GameCube, if you have no idea what made the Mario Bros. ‘super,’ or you can’t understand why anyone ever thought Crash Bandicoot was a good game (you’re definitely not alone in that one), then Goomba Stomp contributor Marty Allen is here to help. In a shameless act of promotion, we decided to ask Marty about his new book, Retro Games:

So apparently you can do more than just guest host the NXpress Nintendo Podcast — who would have thought? Before we dive in too deep, however, could you tell us what your new book is about?

Hey Patrick. Thanks for asking! My new book is called Retro Games. It’s a look at 40 of the most influential and fun video games (and their requisite consoles) from bygone days of pixelated wonder.

That sounds like a not-at-all controversial list to pin down. What sort of criteria went into making the game selections?

My editor’s vision was the NES through the Playstation, which is what we settled on. As a lover of early arcade and Atari games, we talked about including some games and systems from further back, but ultimately we came to the conclusion that starting with the NES before moving through other major consoles, then concluding at the dawn of 3-D gaming felt like a smart choice, as it would portray a pivotal slice of gaming history. And for me as a gamer, these were my most formative years.

The cutoff console is the N64. Obviously there were several other consoles in the mix during that era, and while they are alluded to, we wanted to keep the focus on the real juggernauts of gaming. So, it’s exclusively NES, Genesis, a little Gameboy, Playstation, and N64, largely because we want to reach out to the maximum number of people who remember them. We are trying to sell books, after all.

Outside of that, the criteria was left in my hands. As I lived through the time with these systems and actively grew up with them, I have a strong sense of what are some of their most important games. However, I did consult many web sites, articles, threads, colleagues, and fellow gamers to get a general consensus as well. If you’ll recall, I even reached out at one point to Goomba Stomp’s own internal forums. Ultimately, the calls were entirely mine to make.

No Turbografx-16? An outrage. Anyway, what sort of research did you conduct? Did you play any of these games for the first time in order to get an impression?

I researched many many other ‘best of’ lists extensively. It was particularly useful to look into some dusty corners of the internet at older lists from the times the games were born. I also did a lot of anecdotal research among gamer friends (both hard core and casual), as well as colleagues. I’m lucky enough to know an awesome community of gaming writers (like you, Patrick!), as well as several cool folks in the gaming industry who I get to badger.

But more than anything else, I’ve been researching the book for my whole life. I can honestly say that I have played at least some of every single game in this book, the majority of which at the time they were released. There were a handful that I didn’t know as well as I’d have liked, but I still perceived their influence, and in those cases I either played them when and where I could or at the least found gameplay footage and articles to study from. My weakest area is The PlayStation, which I played a lot of, but not as much of ‘the hits.’ So I had to dig in a bit on some big guns like the original Tomb Raider and Crash Bandicoot.

How did it feel to call playing video games “research?” 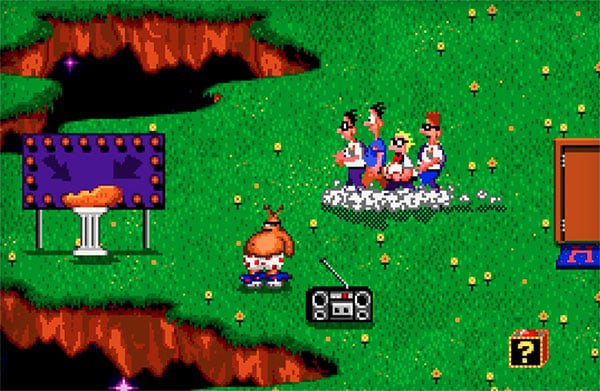 Gaming nostalgia is clearly big business, but more and more titles no longer have viable options as to actually playing them. What are your thoughts on the best methods for preservation? What part do books like this have in helping to keep gaming history relevant?

This is an interesting question, and my thoughts are evolving on the topic. Certainly, books are a great place to help with the preservation of this medium, but nothing can compare with actually playing them. I believe in paying creative people for the things that they make, so I personally don’t support piracy of any game that can be bought or downloaded via a straightforward legal method.

That said, there are many games for which this is not an option, and I do believe that their preservation has a place in the conversation. If a game is important, or even if it was simply made and is unavailable through other channels, I see no reason why dedicated preservationists shouldn’t be able to provide the means to play it. I’d go to that library all the time.

Well, it would be better than the kind with books. Oh, wait— I mean, reading is fun! Ahem. So what’s your personal favorite game on this list? And if you have the guts, what’s your least favorite?

Oh wow, this is the hard-hitting stuff. The favorite is actually easy for me, it’s Legend of Zelda: A Link to the Past. That game is in my bones and blood.

Least favorite? There are a few where I prioritized impact over enjoyment… Actually, the two I mentioned above — Crash and Tomb Raider — aren’t too fun for me. But of the games listed in the book that I played a lot of when they came out, well, my least favorite in retrospect…is tough. The original Super Mario Kart isn’t nearly as fun as I want it to be now that all of the new ones have spun so much fast-paced magic. It kind of just makes me want to play the better versions.

Were there any titles you wanted that just missed making the cut?

The original draft of the book had ten other games and was called 50 Greatest Retro Games. I struggled deeply with Final Fantasy VI vs Chrono Trigger (you’ll have to buy the book to see which one I chose!), but I love Earthbound so much that I just needed it to be on the list, so it felt like one of those other RPGs had to go. I’m still not sure I made the right call. Super Mario RPG was in the running as well, but didn’t make it.

Some other tough cuts were Mario Party, Earthworm Jim, and a weird dark horse I often champion — Disney’s Aladdin for the Genesis. The absolute last cut I made, however, was Kid Icarus, because I just love writing about The Eggplant Wizard and Gunpei Yokoi (I actually wrote a song about him/them many years ago). 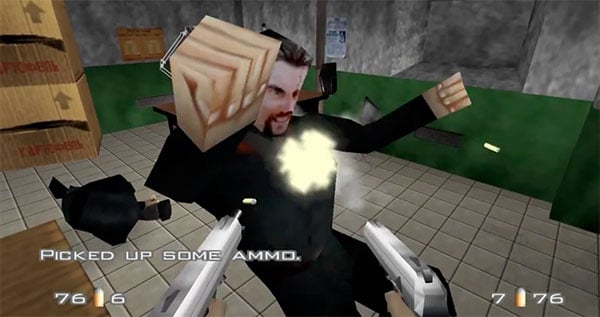 Let’s invite more social media outrage: what contemporary games do you think have a good chance of appearing in a book like this someday?

What an interesting question! I think Nintendo has still got it (whatever that elusive ‘it’ is), and a game like Breath of the Wild will influence games for generations to come. So many amazing games come out nowadays, it’s humbling.

If we look a bit further back, like in terms of what has come out since the N64, there are lots. I’d love to write that book, too. I think in the last ten or twenty years, some of the most important games have included: Journey, Shadow of the Colossus, Dark Souls, Fez, Animal Crossing, Pikmin, The Stanley Parable, Portal, Diablo, Resident Evil 4, Rock Band/Guitar Hero,The SIMs, Minecraft, World of Warcraft, Doom, The Grand Theft Auto series, Halo, Skyrim, God of War, and some form of Call of Duty. That’s off the top of my head, and I’m sure there’s a ton I’ll be kicking myself for not thinking of in a day or so. More recently again, Fortnite seems to really have some legs. And I’m always wearing my Nintendo-love on my sleeve and cheering for Splatoon and Wario Ware.

A project like this can seem rather straightforward, but are there any interesting behind-the-scenes stories that readers might appreciate?

Certainly. Perhaps the most interesting and conspicuous thing about this book about video games is that there are no actual pictures of the video games I talk about. My editor commissioned the book and I wrote it, and then I asked one day, “What are you guys doing about image rights?” My publisher is full of seasoned professionals who are excellent at making books, but this was their first one about video games. They assumed that such a thing might be simple, and as it turns out, in order to do so legally and not raise the ire of a certain playful juggernaut known as the Big N (and many other lawyer-types), it is no small task to secure these image rights.

So, we regrouped and re-thought, and rather than pushing past legal boundaries, we decided to respect the requisite creative copyrights and focus on passionate and engaging writing paired with playful and evocative design. It ends up being an odd thing to write a widely published book about video games with no pictures of the actual games in it, but in the end I’m proud of our decision and the result.

Finally, it seems you have written about more than just video games, though I’m not sure why. Where can readers find your work?

I wrote four other books before I smartened up. My first ever was about sock puppets, of all things. Then there was one about finger-boarding, another about tying knots, and then one little one about Emojis! It’s been a very diverse career! You can find many of them at local stores or any online retailer, but for your convenience, here is my fancy Amazon writers profile page. And All of my work is also available to scrutinize through my web site, martystuff.com.

I’m also working working working on a novel, which I will some day finish and release, called Theodore and The Seven Layers of Space. I’m deep into the second draft, hopefully I will try to find a publisher some time in 2019.

Thanks for being awesome, Patrick, Goomba Stomp, and everyone and anyone who reads Goomba Stomp!

Our pleasure, Marty! (And you owe us one.)

*You can find ‘Retro Games’ via major book retailers, as well as right here on Amazon