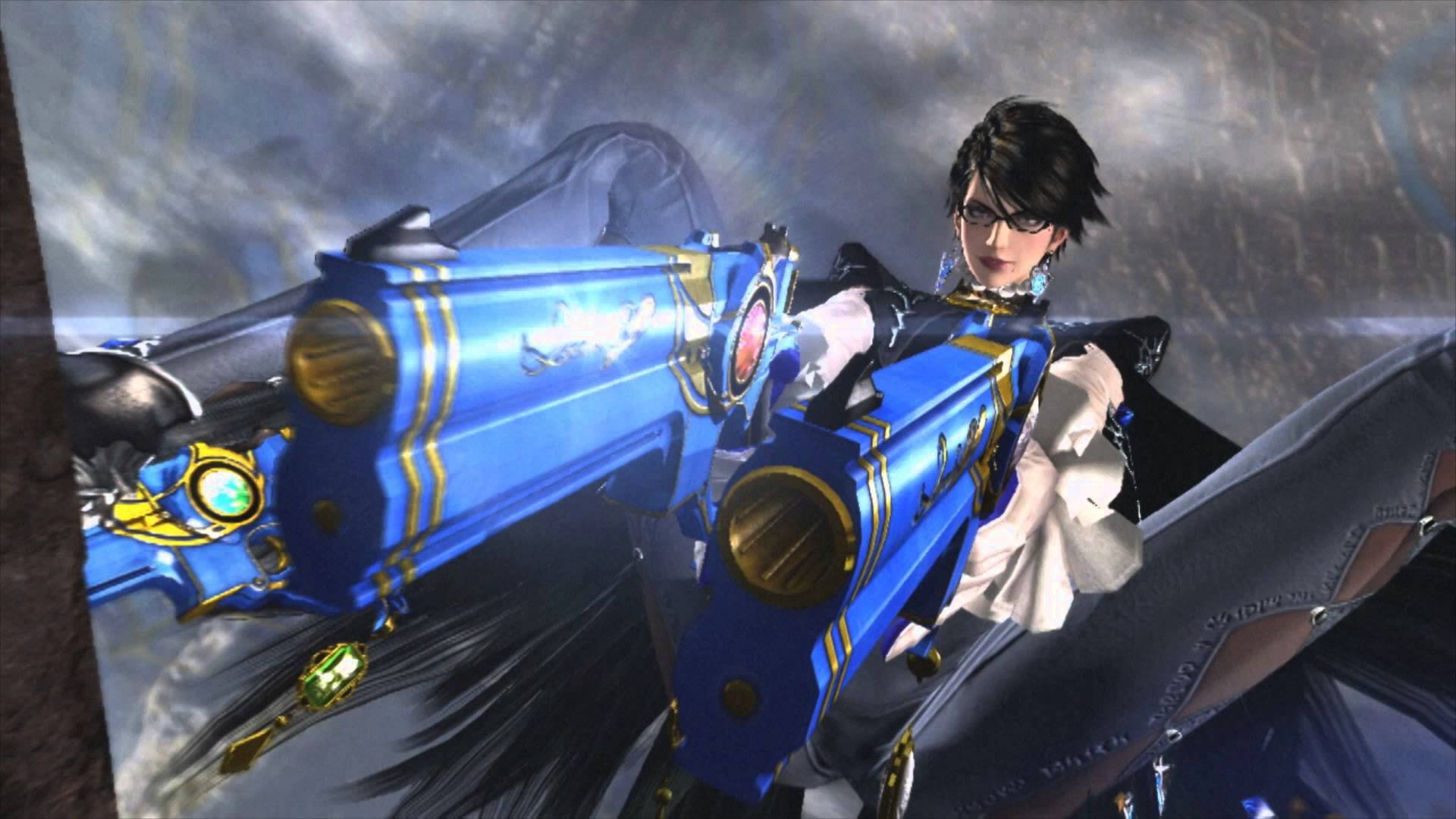 I like to watch, but participation can be fun too. Especially when it involves a sexy witch with glasses wearing skin-tight clothes weirdly made out of her jet black hair, which sometimes come off because she needs to create giant demon monsters that kill her sworn enemies from heaven and hell. Add a completely unintelligible plot with monocled villains and high-heeled gun shoes and you’ve got a recipe for success called Bayonetta. Thanks to Nintendo and Platinum Games, the world was graced with a second entry in this franchise, and Bayonetta 2 not only continues the nutso action the original was known for, but completely surpasses it in every way.

The Bayonetta franchise is all about insane action, with ridiculous physics-defying set pieces the SyFy channel would be jealous of, and a fast and furious combat system built around chaining combinations of moves together to unleash loads of damage and smoothly dodge attacks. As a gamer whose twitch reflexes only rarely come out of retirement (for, say, Donkey Kong Country: Tropical Freeze), I’m going to say right off the bat that I didn’t, and still don’t, care about the latter. At all. For some reason, games of this type that involve stringing together hits and carefully timed evades have never really appealed to me; it’s a style that just hasn’t clicked. Because of this, I was hesitant about Bayonetta, as I suspect many other traditional Nintendo gamers have been. The first game assuaged these doubts a little, with an extremely forgiving difficulty setting I’m not at all ashamed to say I used, but without the combat, what else was there to enjoy? Bayonetta is a fun character, full of sass and sexy double entendre, which makes even a story this incoherent quite entertaining, and the game starts out with a blast, thrusting players right into the middle of a massive melee. Over the course of the 19 or so chapters the visuals do start to get a little blah, and a some annoying, overlong sequences pop up (motorcycle level), but it maintains well enough, and I was never really bored. Never quite elated either, though, never quite understanding what the deal was. Then Bayonetta 2 hit. 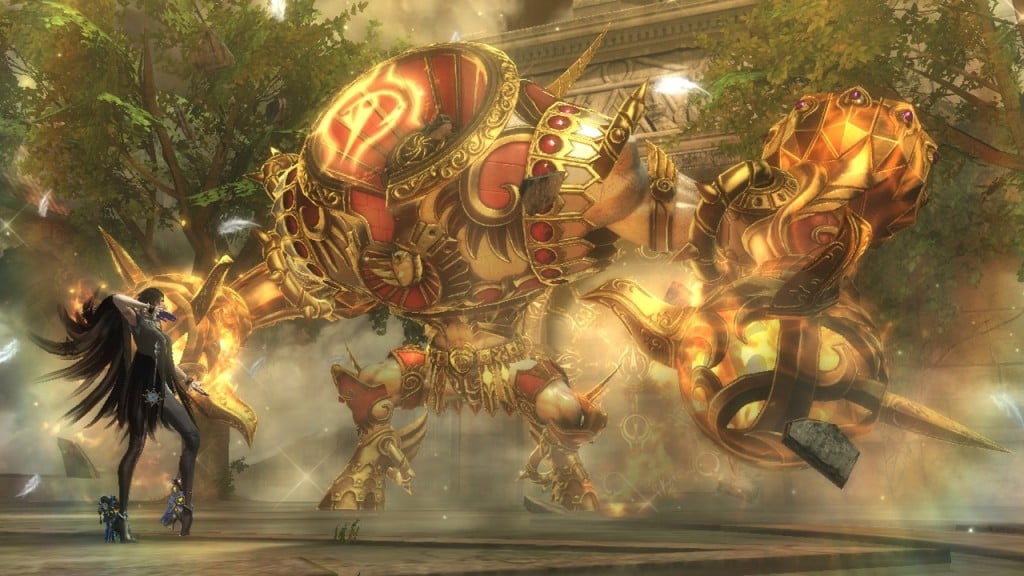 Everything magnified, everything juiced; a shot of crazy video game steroids. Bayonetta 2 takes all the stuff people must have loved about the fast-paced action of the first and gilds it with a presentation cranked up to the Nth power, with gorgeous visuals, an even weirder story, and more over-the-top sequences, resulting in a fantastic game that both hardcore and casual gamer alike can be thrilled by. Variety is the key, with each sexy element receiving just the right amount of spice to make them feel fresh and alive again. While I still couldn’t be bothered to care about the intricacies of the deep combat system, the additional torture attacks and the new Umbran Climax meter, which once full allows Bayonetta to uncork a fury of devastating blows, made being the defiant witch with a stylish new haircut feel even better than before, granting a real sense of badassery, even for a button-masher like myself. Add to that the usual mixture of weapons and some Nintendo-themed costumes that even grant their own abilities, and finding a play-style that works for anyone should be a snap.

This is all well and good, but what really makes Bayonetta 2 shine in a way that can be appreciated by all is the game that surrounds the gameplay. Again, this is all about variety, with settings ranging from beautifully textured cities, to eerie-nighttime Italian-style canals, to the glowing aura of flora-covered Paradiso and the fiery lakes of Inferno itself. Very welcome color abounds, and the artistry detailing each location is top-notch, providing some of the best eye candy to be found on the Wii U. When combined with set pieces like panther-surfing a tidal wave or battling atop a fighter jet streaking between skyscrapers, the result is a zany thrill rarely found elsewhere, especially on a recent Nintendo console. Enemy design was a strength of the first, and it loses none of its inventiveness this time around, with the minions of heaven and hell grotesquely stunning. Bosses are enormous, filling the arena, and punching cherub faces has never been so satisfying. 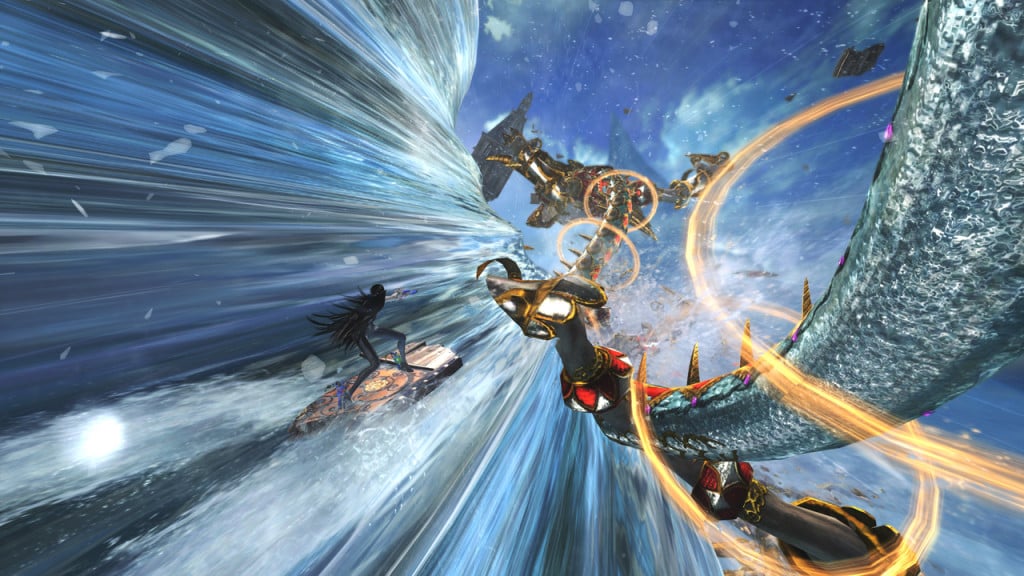 Other facets have been upgraded as well, with cutscenes getting some much-needed coherence, now displaying their bullet-ridden action with staging and editing that many Hollywood directors could stand to take note of, and the removal or refinement of some of the more tedious elements of the original, like rolling those stupid balls. Extra bonus challenges are hidden in each level that provide a fun way to build the health meter, and completing stages is often rewarded with tarot cards that can be then accessed afterward in an online co-op distraction. With plenty of items to unlock and medals for the persistent to pursue, the game is stacked with content and replayability, if only to experience the more epically outrageous moments yet again.

I was consistently enthralled with Bayonetta 2, something its forerunner couldn’t quite achieve, and as such, the game never felt repetitive, never felt stale. This makes for an all-around better experience for everyone, something any player can pickup and enjoy. With a powerful, witty main character and an action-packed gonzo adventure to shoot, stab, gouge, decapitate, and seductively sashay your way through, Platinum’s Bayonetta 2 is a pure, visceral experience, the sequel I never knew I wanted, but exactly what a sequel should be.