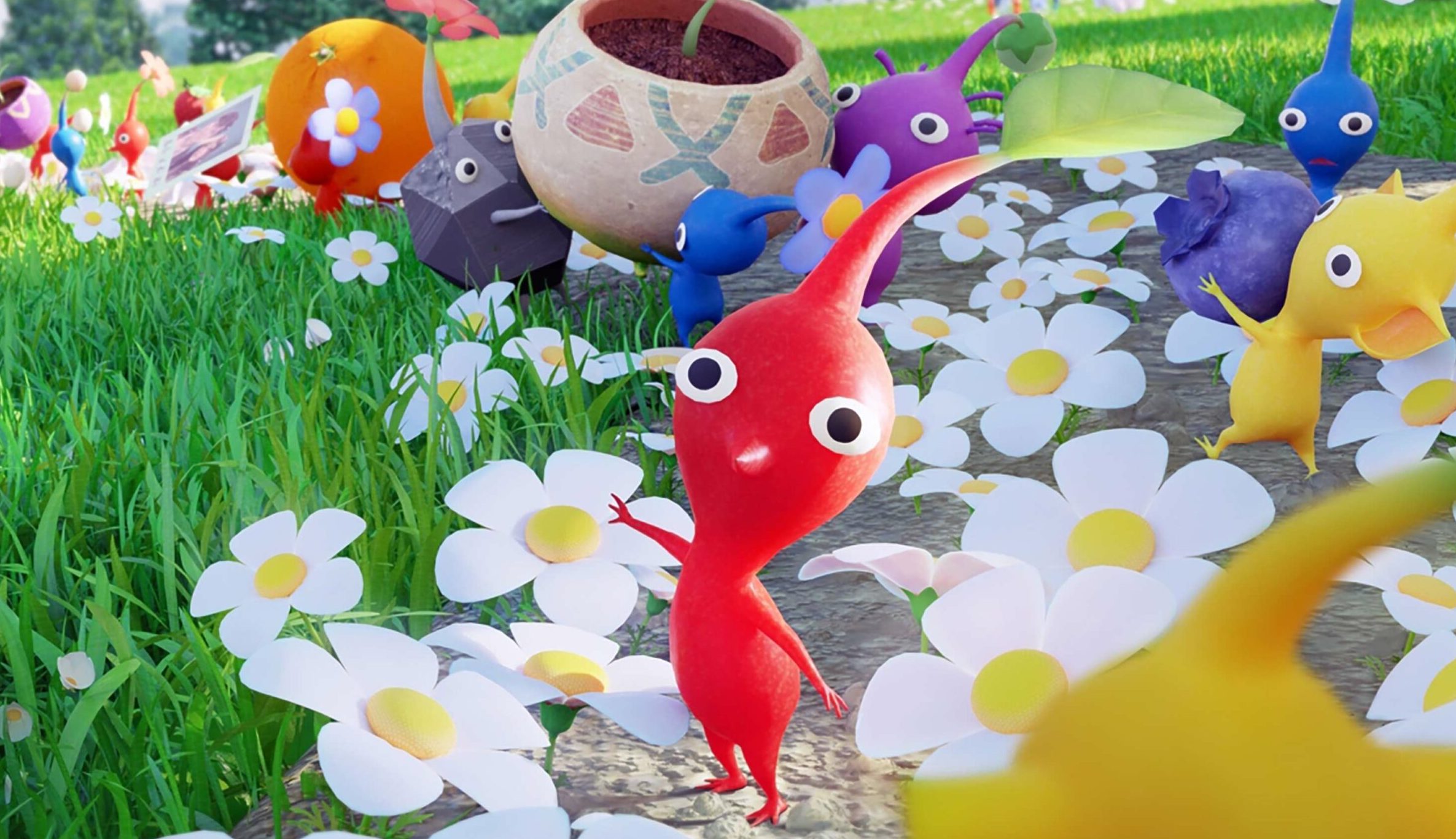 Step outside your spacecraft and get ready to pluck the herds, because Niantic’s dedicated Pikmin application is finally here! After being announced last March, the latest Nintendo collaboration with Pokémon GO’s lead app developer went entirely silent until earlier this week when an official soft launch trailer and new name were shadow-dropped by the two companies. As its rollout began on Tuesday afternoon, Pikmin Bloom was finally made available in the United States just two days after hitting Japan and Australia.

While the sun might be setting only on its first day, there are plenty of key takeaways and concerns to discuss after messing with the application. Pikmin Bloom is not bolstering with features to engage with, but like Pokémon GO and Niantic’s other properties, it is certainly building a potentially engaging foundation with its first steps. Whether or not it will be compelling for most audiences right now is debatable. Pikmin Bloom is not a game; it is an application dedicated to exercise. However, even then it is going to have to really prove itself as a fun and valuable tool.

At its core, Pikmin Bloom is a pedometer application that traces the steps of the user. After opening up the app for the first time and creating an account, the user is greeted to the plucking of their very first red Pikmin. From there, the app’s first few level-ups act as tutorials catered to showing the player every aspect of its interface. It slowly takes its time to introduce players to how they can start harvesting a Pikmin collection of their own and the steps to making the digital landscape flourish with white flowers. The ultimate goal of the game is to walk outside and interact with other users.

Is Pikmin Bloom successful at this? In a way, yes.

What Pikmin Bloom gets right is a sense of progression–a sense that will only satisfy specific users, though. The green map and spread of flowers across its horizon along with the user’s growing collection of Pikmin all feel satisfying. While making a beautiful world and growing a massive league of Pikmin clearly takes time, the daily growth is distinctly visible. If you enjoy going outside and taking daily strolls, Pikmin Bloom may be a cute app to open up in the wild. For those who are not as active, it provides an incentive to get more exercise, but arguably not the same as something like Pokémon GO.

I hope to see the app add more Pikmin-esque aspects in the near future that can keep users constantly engaged because right now, the only reason to open it is to collect nectar, pluck Pikmin, and take photos. Pikmin as a franchise has always focused on meticulously collecting and growing an army of leafy creatures, but the games also have battling wild monsters and procuring items on site. Pikmin Bloom is already embracing both of these ideas, but not in the ways fans of the franchise would think.

Occasionally players can stumble upon still mushrooms to defeat under a time limit for rewards and there are adorable hats to collect for the creatures. Even though Pikmin Bloom is not a game per se, it would be nice to see more engaging battles featuring actual Pikmin enemies, or perhaps real-world objects you could collect while walking that give you facts about them.

The best aspects of Pikmin Bloom at the moment are the aforementioned augmented reality features and the ways in which the app tracks your daily step count. Like Pokémon GO and Ingress, users can place Pikmin in the real world through their phone camera to take photos. The AR camera works well enough and can be used at any given moment. When players start picking up more Pikmin costumes, they can really get creative with their options. Pikmin Bloom keeps tabs on the user with a lifelog feature. Through this notepad, users can type down 200 letter notes about their daily walks and view their total step counts. It’s a “captain’s log” that can grow with personality depending on how much input the user is willing to put into it. At the end of the day, pictures the player has taken or received through postcards will fill up each daily page.

Speaking of, occasionally the user’s Pikmin can also pick up postcards of various documented locations they have passed on their walk. These charming trinkets are definitely neat little photos to send to friends and family who are also playing. However, there is no incentive to use the feature. It is a novelty with no current purpose that can definitely be expanded upon in the future — perhaps players could even customize their own postcards in an update?

Asude from not having much to do, my biggest problem with Pikmin Bloom is that the pedometer is not entirely accurate — at least from my experience. Niantic’s troubleshooting pages for the title mention how the app could take time to register all of your steps. As of writing this, I took a 10k-step walk but less than 8,000 steps seem to have registered — for reference, that means almost an entire mile is unaccounted for. The counter is slowly ticking upwards as I am sitting at my desk typing, but it’s impossible for me to provide an exact timestamp as to how long registration for step totals could take. However, I can confirm the step counter does not seem to interfere with plucking Pikmin as I was able to harvest the special My Nintendo Mario hat variant (who requires 10k steps) with no problem.

It should also be noted that the menus of Pikmin Bloom can feel quite unintuitive upon first impressions — don’t worry, though, because they are easy to pick up after some minor fumbling. The menus were clearly designed to be minimalistic like Niantic’s other titles, but some of the app’s main features are hidden away under several menus or small icons that can go unnoticed. On the surface, the app’s interface looks manageable, but it could definitely be broken down even further for convenience. The front page of the app noticeably has a scroll-down menu, but with the lack of options present, it almost feels as if the entire menu could have been condensed down into a drop-down menu or even just five sidebar icons.

Pikmin Bloom will remind returning Niantic players of Pokémon GO’s launch state — and that is not exactly a compliment. Like all other mobile games, though, Pikmin Bloom is just in its launch week and is already guaranteed to receive updates that will include “Community Days” similar to Pokémon GO’s feature. While the game does have a ton of room for new additions and improvements, it offers very little to do engage with aside from something cute to fiddle with while walking. In its launch state, Pikmin Bloom feels mostly like a glorified pedometer app despite its adorable AR features. Hopefully, Niantic and Nintendo will be adding more features before the user base is sent crashing down harder than Olimar’s S.S. Dolphin.