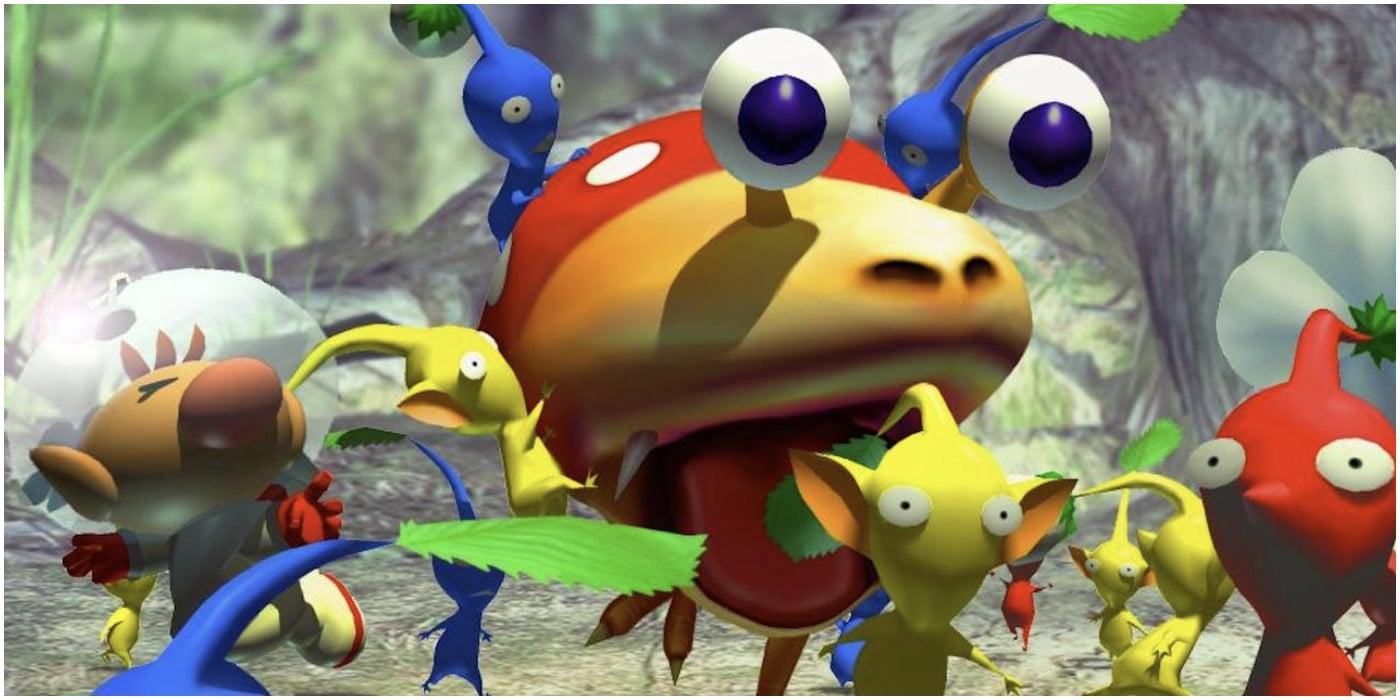 With the recent announcement of Pikmin Bloom, Nintendo’s latest foray into the mobile space resurrects a fan-favorite franchise, but with it also comes returning questions the big N would surely rather leave in hibernation. Pikmin Bloom has already begun rolling out and is the result of the second collaboration between Nintendo and the kings of augmented reality gamification, Niantic Incorporated. While some lapsed Pokémon Go players are rejoicing, the presiding narrative surrounding Pikmin Bloom is more focused on the absence and prospective fate of Pikmin 4.

The most recent mainline entry in the series being 2013’s Pikmin 3 on the Wii U means the core Pikmin experience has been dormant for nearly an entire console generation. Released in June of 2013 Pikmin 3 arrived during the Wii U’s first year on the market. After all was said and done the game received a significantly higher than average 87 on Metacritic and was praised as the pinnacle of the lighthearted real-time strategy gameplay. 2013 was a high point for the series as Pikmin 3 had retained a significant portion of its audience from the GameCube era and captured the hearts of so many Wii U owners. With momentum on their side, Nintendo fast-tracking Pikmin 4 was a no-brainer.

Just over two years after the release of Pikmin 3, in an interview with Eurogamer (https://www.eurogamer.net/articles/2014-07-20-pikmin-4-in-development-and-very-close-to-completion), Nintendo Legend Shigeru Miyamoto confirmed that Pikmin 4 was in development and “very close to completion.” Considering the fact that the Eurogamer article was published in September of 2015 Nintendo players were sure that they would be getting another Pikmin game on the Wii U. While the upcoming next-generation hybrid console known at the time as the NX was already being discussed, the Switch wouldn’t be officially unveiled or named until October 2016, more than a year after Miyamoto’s claim of Pikmin 4 being “very close to completion.” Since we have yet to play or even see a glimpse of Pikmin 4, it’s safe to assume that something arose during development that put the game on ice seemingly indefinitely.

While it had previously been announced in late 2016 that the next concrete Pikmin game was in development, our first look at Hey! Pikmin wouldn’t be seen until just a bit more than a month after the Switch was officially released. Despite the unprecedented popularity of the Switch at the time, Hey! Pikmin would be released on the Nintendo 3DS in July of 2017. Though it didn’t reach Metroid Prime: Federation Force like levels of disappointment, Hey! Pikmin didn’t fare much better. Settling at an average score of 69 on Metacritic, it was clear that a 2D platforming adventure game was not what the audience was after. A significant part of the Hey! Pikmin conversation at launch wasn’t surrounding the game we were getting, but more the game we weren’t. It had been nearly two years since Miyamoto’s acknowledgment of Pikmin 4, and not only was there no news on the “close to completion” fourth entry but there had been an announcement and release of an entirely different game in the series within that time! A clear lack of focus and lukewarm at best reception to Hey! Pikmin was the first time the idea that Pikmin 4 may never see the light of day started to creep into the conversation.

Like it almost always does, hope soldiered on. And considering the rampant popularity of the Nintendo Switch, that hope wasn’t unfounded. As more and more Wii U classics were given a second chance at life on the Switch, it was reasonable to hope that the porting process of an unreleased game originally designed for the Wii U could still happen. To their credit, Nintendo did port a Wii U Pikmin game to the Switch, but it certainly wasn’t the one everyone was waiting on. Pikmin 3 Deluxe was released in October of 2020 and nearly reached the lofty goal set by the original version of the game scoring a very respectable 85 on Metacritic. Switch owners were relieved to finally have a real Pikmin experience on the hybrid console and like the vast majority of players, having never owned a Wii U, for all practical purposes this was an entirely new game. But once again amongst the series most die-hard fans (who also almost all happen to be Wii U owners) the period of satisfaction with Pikmin 3 Deluxe was brief and the questions of the whereabouts of Pikmin 4 once again became a nagging theme pervasive throughout the entire Pikmin dialogue.

Nintendo’s newest team up with Niantic being the newly announced and released mobile AR game Pikmin Bloom has once again stoked the fire of desire for an honest Pikmin sequel. When Bloom was announced, news outlets everywhere reported on the new game speculating as to what the gameplay mechanics might involve, but the comments sections of those articles are full of people referencing Miyamto’s 2015 interview. The demand for Pikmin 4 has been dying down slowly but surely, but with each new Pikmin announcement that isn’t Pikmin 4 Nintendo inevitably brings the conversation back into the public consciousness. Considering Bloom being a mobile game inherently comes with a reduced level of interest from the more dedicated gaming community, I’m left wondering if the gains from Bloom alone will be worth reigniting the ire of a fanbase that has been clinging to one interview for more than six years.

At this point, I’m sad to say that I think Pikmin 4 has been quietly canceled. There was never an official announcement of the game and the only real mention of it was in the aforementioned Eurogamer interview. It’s been more than six years since that interview, and in that time not only have there been two entirely new Pikmin games but a port of an older one and several of the greatest games in Nintendo’s history like Breath of the Wild, Mario Odyssey, and Smash Ultimate. Needless to say, Nintendo has been busy. The Pikmin 3 assets that were presumably used to turn Pikmin 4 around quickly enough to give Miyamoto the confidence to make that comment have already been ported to Switch, and yet Pikmin 4 is still nowhere to be seen. As the hybrid console moves into its twilight years with Breath of the Wild 2 and Metroid Prime 4 both in development to continue selling hardware for the remainder of the generation, Pikmin 4 isn’t even something Nintendo needs right now. If the game is still in development, then at this point it would better serve Nintendo as an early next-gen game to build momentum for whatever hardware will be tasked with following up the ever so popular Switch.

In the unlikely event that Pikmin 4 still exists somewhere deep in the darkest recesses of Nintendo, its future is certainly grim. Nintendo mobile games tend to have long tails and don’t realize their potential until months if not years after release, maybe Pikmin Bloom will follow that same trajectory but for now, it’s seemingly only serving to resurface old questions that Nintendo surely doesn’t want to discuss. At this point, the franchise that is the focus of Captain Olimar’s adventures is long dormant and these non-committal half steps are doing more bad for the future of the series than good.

Don’t forget to check out the NXpress Nintendo Podcast to hear more of what the staff here at Goomba Stomp thinks of Pikmin Bloom.