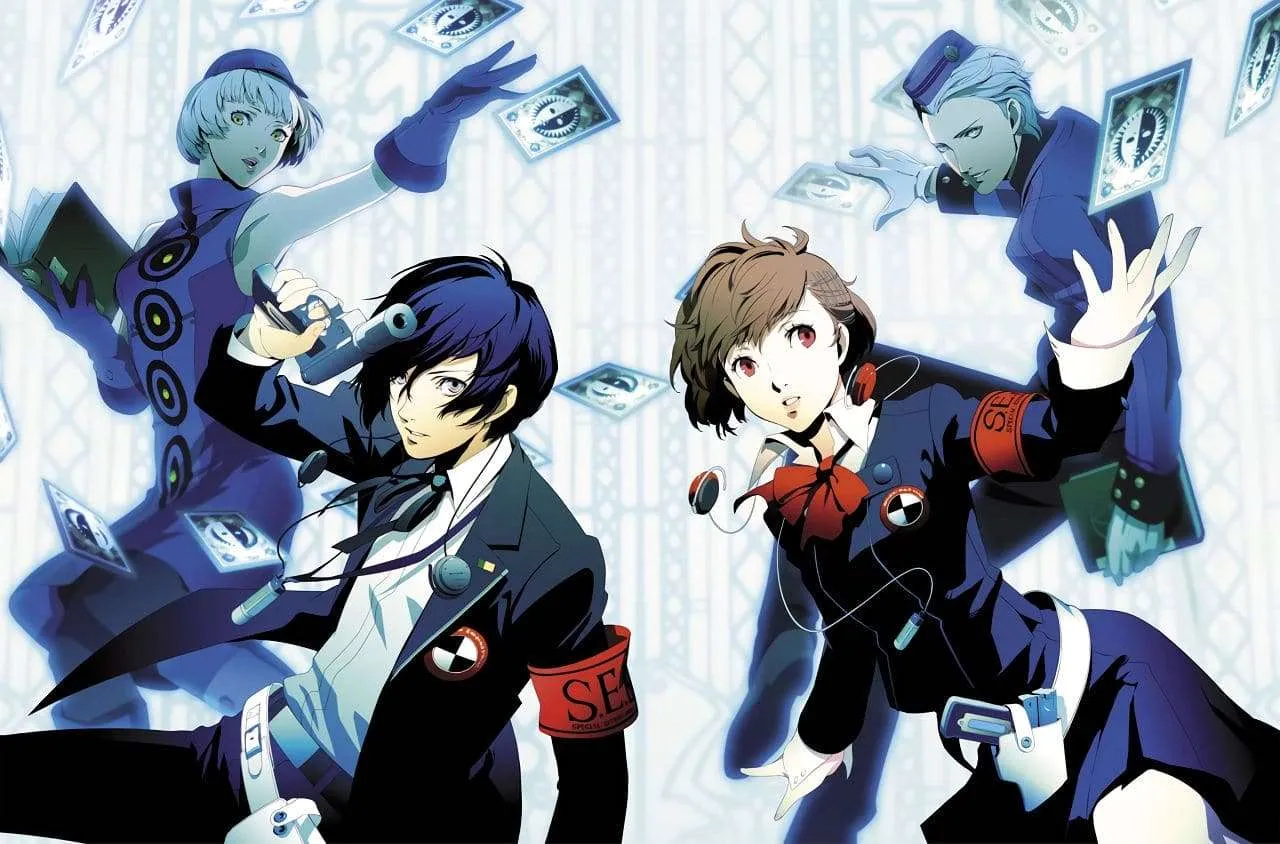 Persona 3 Portable is a complicated experience. On one hand, its core gameplay loop is at times frustratingly tedious and the plot goes nowhere for several months of the in-game calendar. On the other though, Persona 3 Portable is an emotional stroke of genius by the time it reaches its final act, executing a beautifully poignant narrative using consistent atmospheric world-building and an overall solid cast of characters to hammer home difficult themes of loss, grief and the inevitability of death. As a story about making the most of the time we have on Earth while we still can, Persona 3 Portable is a staggering achievement, but its flaws remain significant and numerous as this re-release is almost completely unchanged from its prior versions.

For further context, Persona 3 Portable was originally the PSP version of 2006’s Persona 3, opting to cut out 3D daytime exploration in favor of a visual novel point-and-click experience relying more heavily on static 2D character portraits. It also added new content, such as a female protagonist route which changes some of the Social Link characters and adds new scenes specific to the character, as well as allowing fully controllable party members in combat which has since become a series staple. All of the above remains unchanged in the new version of Persona 3 Portable, and this is an inevitable disappointment given that the Nintendo Switch is more than capable of running any version of the game just fine, but the Portable version is nonetheless a good fit for the handheld market.

The dungeon crawling aspect of the Persona franchise has seen significant improvements in the seventeen years since Persona 3 first launched on PlayStation 2, and unfortunately, this gap is quite noticeable. Upon settling into Iwatodai dorm with their new friends, the protagonist is quickly introduced to the concept of the Dark Hour, a hidden hour of the day after midnight in which powerful monsters called Shadows roam the streets and the colossal tower of Tartarus looms over the city. Exploring Tartarus is one of the main goals of the game, and the tedium of its dozens upon dozens of randomly generated corridors with repetitive music hasn’t gotten any better with this new iteration.

A select few quality of life improvements in Persona 3 Portable make the Tartarus experience slightly less of a slog, such as the ability to restart from the current floor upon death as well as easy access to full party healing at the Tartarus entrance and purchasable items which can remove the Tired effect on party members.

That being said, however, grinding levels is still very much necessary to defeat certain bosses along the way due to difficulty spikes, and certain janky elements such as not being able to go down floors makes rescuing lost souls in Tartarus more of a test of player patience than anything else. A consistently smooth performance in handheld and docked mode is excellent news, and Tartarus becomes much easier later in the game, but the first month or two remains a rough time that may dissuade new players.

Like all modern Persona games, the second half of the core gameplay loop consists of hanging out with various friends and allies and raising their Social Link ranks in addition to the protagonist’s Academics, Charm, and Courage. This is where the real allure of Persona 3 Portable can be found, but it doesn’t come without its own drawbacks. Generally speaking, the Social Links are fun to explore, but for every touching and emotional story, there seems to be another which is bland and uneventful.

This issue is not helped by the lack of abilities tied to Social Links, with the only benefit of hanging out with these characters being the boost to Persona fusion experience. Furthermore, the fact that the male protagonist forces romance for every female Social Link is still just as baffling and unnecessary as it was in 2006, and is emblematic of the need to change some of these mechanics should there ever be a full-on remake.

The atmosphere of the daytime exploration, despite the removal of 3D manoeuvring for the Portable version, remains just as brilliant as it always was. The music is a joy to listen to and never gets boring, while the stories told in the Social Links can range from uplifting to heart-breaking. One Social Link in particular, the story of a young man with a terminal illness, is by far one of the best stories in the entire Persona franchise, and moments like this make Persona 3 Portable shine brighter than the ominous moon of its Dark Hour. Raising social stats is mildly boring and does little except remove barriers for Social Link stories, but regardless of the simplicity of these social sim mechanics it is still joyous to take the dog for a walk or hang out with your online friend in an MMO and bask in the nostalgia of mid-2000s leetspeak.

Beginning as a very straightforward story about fighting monsters at night and a mysterious illness called Apathy Syndrome that affects the local population, Persona 3 Portable eventually evolves into a beautiful tale of grief, loss, and learning to live despite the inevitability of death. It is much more melancholic than its successors in terms of overall tone, as while the main cast has plenty of fun interacting with each other, there is an underlying sadness that never goes away. Party members often have tragic backstories that haunt them in the present, and the two protagonist options represent two slightly different ways of experiencing the story, with the female protagonist being slightly more upbeat than the depressed male protagonist who struggles to find meaning amidst looming despair.

While the first half of the story is fairly barren and uneventful, existing mostly to set up the main cast and give background to the supernatural phenomena, the second half of the story transforms into an emotionally poignant drama exploring the nature of humanity and the struggles of overcoming loss and trauma. At its emotional climax, the music is nothing short of masterful and the culmination of dozens of hours of atmospheric world-building leads to an utterly unforgettable finale worthy of a place in the pantheon of video game storytelling.

It’s a rough ride to get to the end but the payoff makes the whole thing worthwhile. The main cast feels realistic in that they have lives outside of dungeon crawling and are not always available to do so, making Iwatodai dorm feel like a real living space that is sorely missed by the time the credits roll.

Some of the greatest games ever made have glaringly obvious flaws that can detract from their moment-to-moment enjoyment, such as Dark Souls’ rushed second half or BioShock’s repetitive hacking minigame, but the overall experience of these titles remains overwhelmingly positive. Persona 3 Portable fits snugly into this category by thrusting players into a touching and memorable story full of heart while also locking most of this behind several uneventful months of tedious Tartarus grinding. Seasoned Shin Megami Tensei and Persona fans will likely shrug this off as par for the course for the era it released in, but new players diving into the franchise may find Persona 3 Portable a little underwhelming especially given its near-universal praise.

That being said, sticking through to the end of Persona 3 Portable yields astounding results. As with any of the other Persona games, much of the satisfaction comes from spending time with the cast of relatable and down-to-earth characters and forging a bond with them that transcends the end credits and stays in your mind for weeks and months to come. From the loveable goof Junpei to the stern but caring Mitsuru and the loyal dog Koromaru, Persona 3 Portable is filled with great characters all with their own stories to tell, and the culmination of their adventure together is both heartbreaking and beautiful to witness. Live life to the fullest, make memories with those close to you, and learn to make peace with death as a part of life. This is what Persona 3 Portable stands for, and it’s a message that has only grown more poignant since its original release.