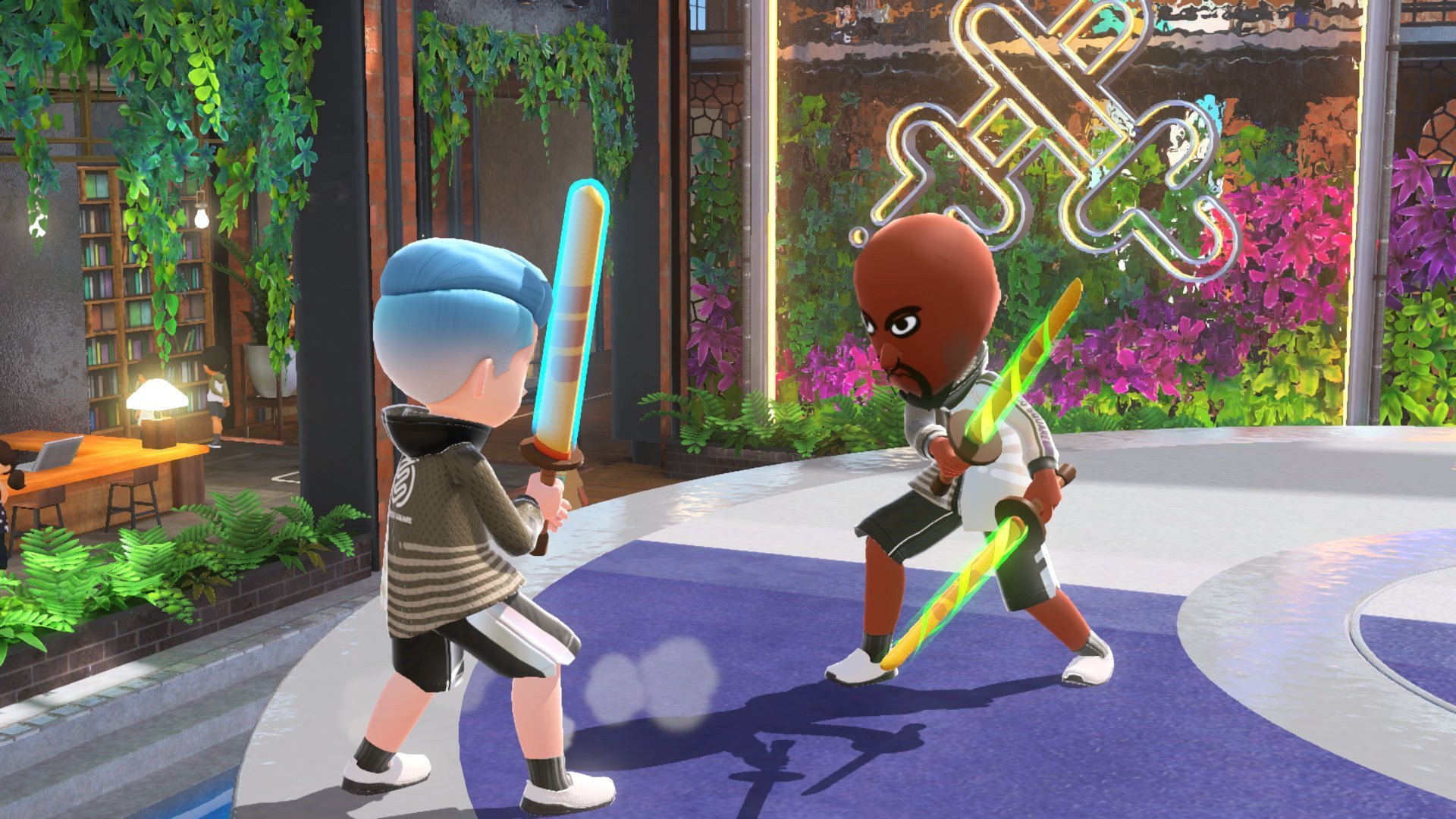 Yesterday afternoon, Nintendo unexpectedly dropped a free summer update for Nintendo Switch Sports. Since the game’s initial reveal, Nintendo has kept players waiting to hear what exactly would be included in the future update aside from support for the Leg Strap included with all physical copies of the game. As promised, Version 1.2.0 finally adds support for the accessory in the soccer game mode alongside some new content and fixes for the other five sports. However, the most notable addition part of the update is the inclusion of Mii CPUs, including the fan favorite Wii Sports silver boxing glove-donning champion, Matt.

As spotted by dataminer OatmealDome, who is part of Pastebin’s Nintendo Switch Sports community and a contributor to Dolphin Emulator, the Twitter user was able to make a file dump of the latest Nintendo Switch Sports version update and detailed his findings online. Upon a closer examination of the game’s code, OatmealDome made the discovery that Miis can now appear as CPUs, and one of these bots happens to be Matt.

As can be seen in the user’s tweet below, OatmealDome has placed Matt in the Nintendo Switch’s Mii Editor to showcase what the CPU model looks like.

– A large amount of new items were added for future collections.
– 13 collections were added.
– CPU bots using Miis were added. Notably, a Matt CPU was added. (I’ve included a render of his Mii as it looks in the Mii Editor.) pic.twitter.com/BHIDU2zadW

Previously, in Nintendo Switch Sports players were not able to see CPUs with Mii faces as they were restricted to the new Sportsmates designs. While Matt had been spotted in the game’s code along with a handful of other Mii CPUs since around the time of the game’s launch, this is the first instance in which players are now able to see the character during gameplay without having to go through the trouble of recreating him with the Mii Maker.

On top of the fan-favorite Mii returning to the game, OatmealDome’s datamine also reveals the thirteen upcoming cosmetics collections players will be able to unlock in the game and new signs that Golf is (as to be expected) making development progress.

Will you be rejoining Nintendo’s extracurriculars with the new summer update? More importantly, will you finally be using the Leg Strap accessory that came bundled with the game’s physical release? For more Nintendo Switch Sports, be sure to check out our ranking of the game’s six sports!