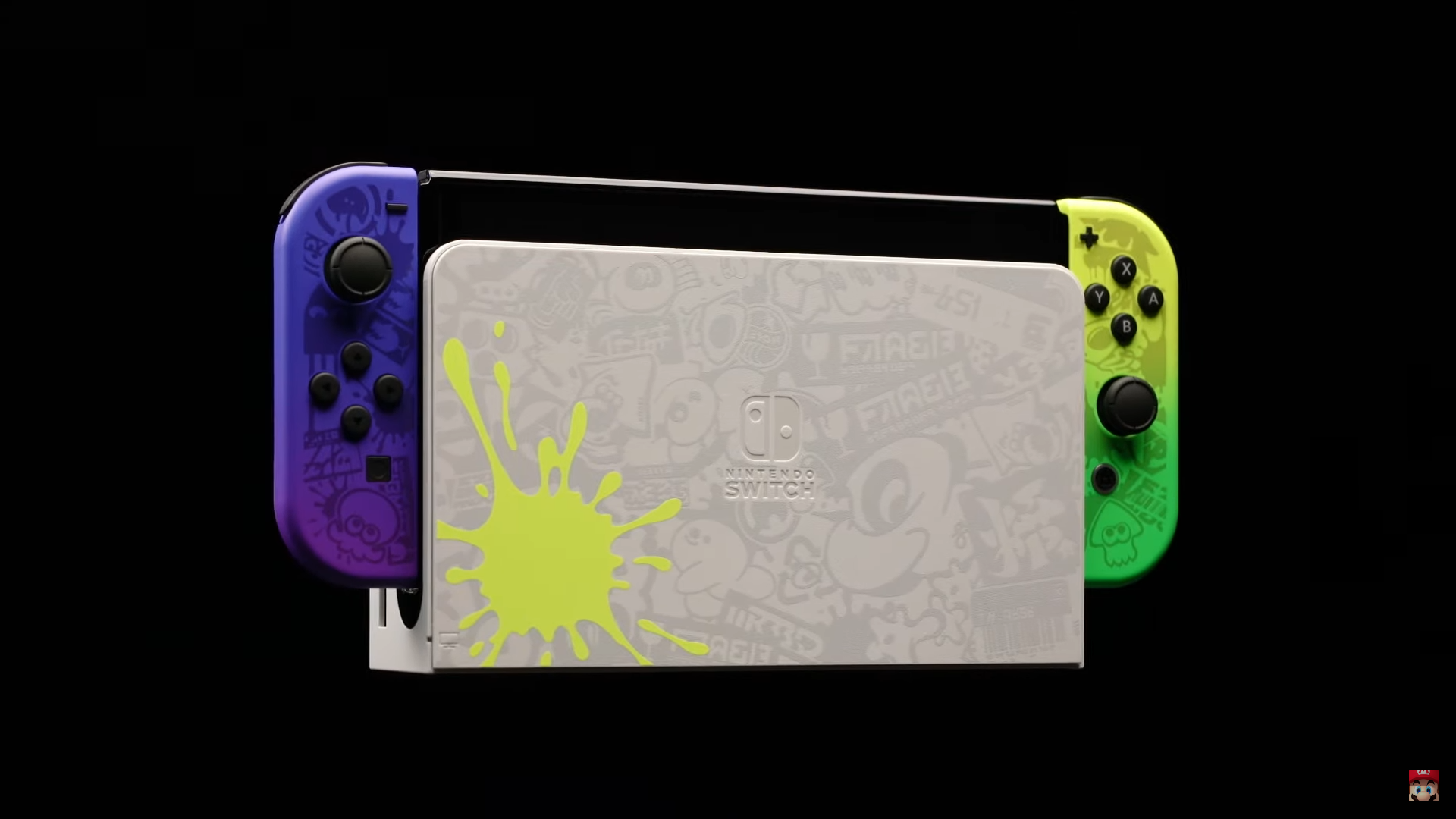 Each Joy-Con controller is detailed with an eye-catching twin-colour pattern, with the left being blue and purple and the right being yellow and green, and the front and back of both controllers feature a variety of patterns that fans of Splatoon 3 and the wider Splatoon franchise will recognize instantly. There are cute squids on the bottom of both controllers, as well as paint blots and artistic flourishes that give the design a lot of character.

While some were hoping for an official announcement of a Nintendo Switch Pro model with enhanced processing power, this reveal is nonetheless an awesome gift for the Splatoon commmunity, which given the franchise’s lifetime sales of over 18 million is now quite a large community indeed!

The full announcement video can be watched below to see more of the new model. For more Splatoon 3 news on Goomba Stomp, check out our piece on why Splatoon 3’s announcement rollout and coverage haven’t done a great job convincing fans both old and new to join the fun in September when the game finally releases.