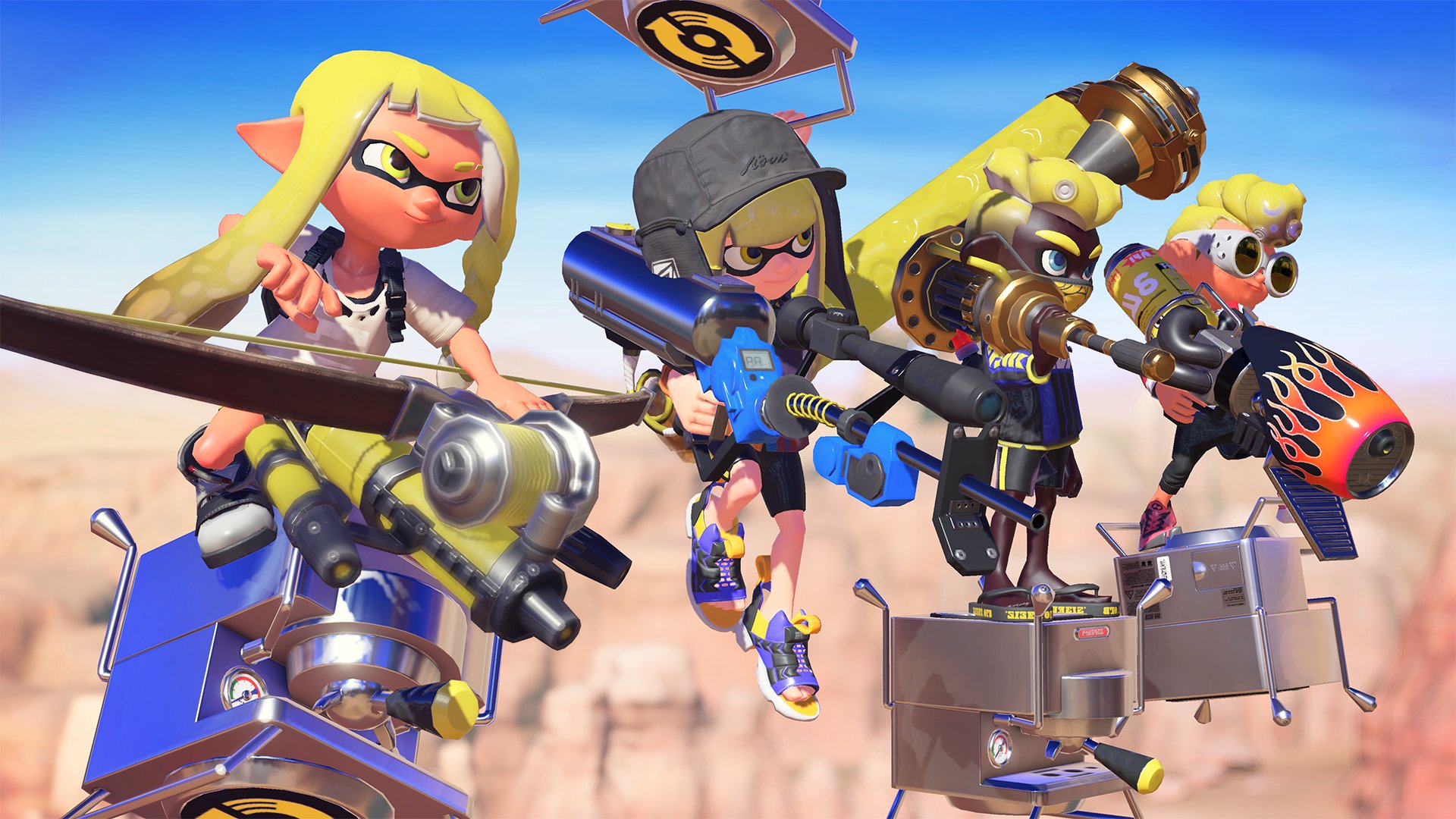 With another entry in the Splatoon series comes yet another conversation about whether or not there’s enough new content to warrant a sequel. While the round of speculation surrounding Splatoon 2 was largely due to Nintendo’s core fanbase being unfamiliar with how sequels to shooters work, this time the blame falls squarely on Nintendo’s own shoulders. Despite exciting much of the core Splatoon fan base with the recent Splatoon 3 release date announcement, those looking from the outside in have expressed their skepticism as to why a new entry is needed at all.

Splatoon 3’s initial reveal was about as strong as it could’ve been. It capped off a jam-packed Nintendo Direct with a bang by giving a glimpse at a sprawling new single-player campaign taking place in a deserted wasteland. Those opening moments felt more akin to Nier: Automata than anything else, and instantly gave Splatoon 3 an edge otherwise unseen in the series.

Speculation ran wild. Was this the result of Team Chaos winning the last Splatfest? Would Splatoon make the shift to a more open world format for its campaign? Why did the main character have a Smallfry salmonid companion? There was so much to chew on in those few opening minutes that the 2023 release window didn’t sting quite as much as it could have. The community was reinvigorated was once again and sentiment from the larger Nintendo audience online seemed positive.

The next time any substantial information about Splatoon 3 was shared wouldn’t be until roughly a year later at the February 2022 Direct. Instead of opting to show more of the single-player campaign that had originally captivated viewers, Nintendo instead showed off a bizarre trailer for Salmon Run. Those familiar with Splatoon 2 could identify new bosses and mechanics (such as the game-changing ability to throw the eggs to teammates and into the basket), but the showing did absolutely nothing for those who hadn’t played the mode before.

Instead of keeping the hype train rolling into the summer release months, this presentation actively decreased excitement among non-fans and started the “more of the same” rumblings that had plagued Splatoon 2’s launch. Now with the recent release of extended Turf Wars gameplay featuring new movement options, specials, and UI, the story remains the same: hardcore fans are being fed while those on the fence or with only a slight interest in the game are left wondering what the point is.

As strange as it is to fathom, it truly seems like Nintendo doesn’t know how to properly market new Splatoon entries to new audiences. It’s clear that there’s a massive demand for a new game if sales charts and social media response (especially in Japan) are any indication. Hardcore fans *want* Splatoon 3, and these fans are the ones eating up the mechanical improvements to modes and analyzing how the new specials will impact the current meta. But to anyone who’s never played Splatoon 2 or who hasn’t played since launch, these trailers looked nearly identical to what they’d been seeing for years.

Of course, this isn’t the fault of the game itself; it’s to be expected that foundational modes will carry over between releases (a new Halo or CoD wouldn’t ship without Team Deathmatch, for instance). Similarly, new weapon types and specials are going to be major game-changers for any multiplayer shooter and deserve to be highlighted. But by throwing these reveals into major Directs and one-off gameplay spotlights instead of packaging them into a central Splatoon 3 Direct, it leaves the door open for those unfamiliar with how iterative shooter franchises are to cast doubt and claim the game could’ve been a simple DLC pack. If all viewers are presented with is what looks like more of the same, they’re going to start questioning the necessity of its existence.

If Nintendo wants Splatoon 3 to appeal to new players and lapsed fans alike, they’ll need to replicate the excitement of that first reveal.  Established shooters like Call of Duty typically lead with story cinematics, but since Splatoon isn’t particularly story-heavy–and since Nintendo doesn’t make standalone narrative shorts like the Apex Legends and Overwatch teams do to supplement their lack of cutscenes–they’ll have to rely on emphasizing the new world of Splatoon 3, an exciting story set pieces, and new modes (of which there’s sure to be at least one). Their last chance to convince general audiences ahead of launch will be at their presumed summertime Direct; here’s hoping they’ve figured out how to sell Splatoon again.