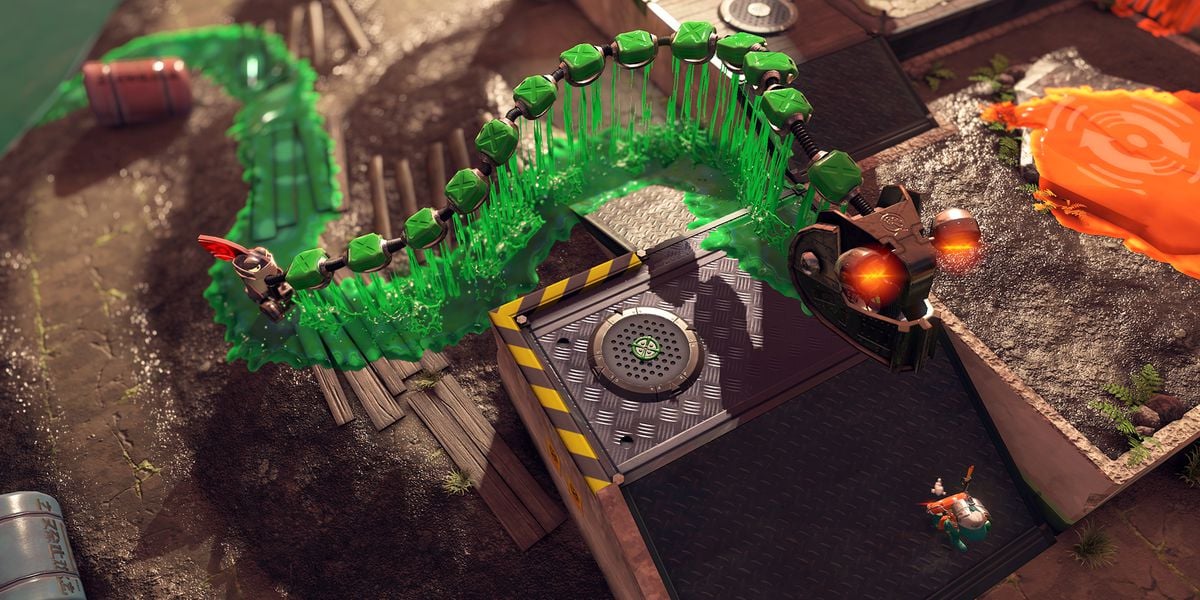 Splatoon 2 has been something of a runaway success in its first week on the market. The sequel is currently sitting at an 84 on Metacritic and reportedly sold 670,955 physical copies in its first three days in Japan alone. Comparatively, the original Splatoon only sold 156,610 copies in its first four days on the market in Japan. But has the series improved by more than just sales numbers? Let’s have an in-depth breakdown of the differences between the two titles.

Splatoon 2’s visual upgrade is perhaps the most immediate and striking difference from its predecessor. From the moment you boot the game up and see the character customization screen, it’s clear that there have been loads of little visual bumps that have come together to create something that truly impresses. The hub is now Inkopolis Square, and it’s rendered in glorious full 1080p when docked. Though the rest of the game dynamically scales, there are clear graphical updates everywhere including sharper textures, better lighting effects, and more vibrant colors.

Speaking of vibrant colors, the ink itself looks much more like actual ink than it did in Splatoon, shimmering off the sunlight and absolutely popping off the screen. Character models in the Square and shops look noticeably more detailed and boast slicker animations. This is most obvious during the opening broadcast with Pearl and Marina, who are much better animated than Callie and Marie were in the original. From their variety of facial expressions to more subtle visual flourishes, Pearl and Marina feel way more like living, breathing characters. It’s an entirely welcome upgrade that I only imagine will result in even more players getting invested in the idols (if that’s even possible).

Of course, Splatoon 2 can also be played in handheld mode. The first game was rendered in 720p, and seeing Splatoon 2 shrunk down to the small screen of the Switch with that same resolution is absolutely gorgeous. It looks vibrant and runs flawlessly, joining the ranks of Zelda: Breath of the Wild and Mario Kart 8 Deluxe in really showing off the quality that the Switch’s screen is capable of. It’s easily one of the best-looking handheld games I’ve ever seen.

For the most part, Splatoon’s core mechanics remain almost completely untouched in Splatoon 2. However, you won’t be able to just jump right back in and handle your favorite weapons with the same results. There’ve been several subtle changes and adjustments to the game you’ll need to get used to. Perhaps the most obvious change is the lack of a second screen to glance down at (though that didn’t stop me from looking down at my Joy Con for the first 20-30 matches). Instead, you’ll have to pull the map up with the X button. This ends up feeling like a serviceable solution, especially since you can pull it up and continue to play the game running in the background. However, I’ve noticed that it’s had the side effect of causing me to look at the map much less often than I used to. Pressing a button just isn’t as instinctual as glancing down at your controller. A static, translucent mini-map in a corner of the screen (with a directional button mapped to each player for super-jumping) might’ve been the better option.

Other changes come in the form of ability tweaks. Shockingly, Damage Up and Defense Up no longer exist. The loss of Damage Up means that weaker weapons like the Aerospray and Tri-Slosher have little-to-no use in competitive play, which is a bit of a shame. On the other hand, it also means that snipers can no longer increase the hit box of their shots by stacking it. The loss of Defense Up means that building a tank player is no longer possible; for better or worse, everyone has the same splat rate. New abilities like Thermal Ink, Object Shredder and Drop Roller allow you to see enemies you’ve shot through walls, destroy non-player objects faster and roll away after super-jumping, respectively. There have also been tweaks to returning abilities, most noticeably that Stealth Jump only works if you land a certain distance away from an enemy.

One final note on gameplay: This is the first time that players have been given the chance to play Splatoon portably, a dream many have had since the first game came out two years ago. So, how does it stack up in handheld mode? Well, using gyro worked for the most part, but there were definitely some issues with getting the perfect viewing angle. I’d recommend playing in tabletop mode over handheld, but it’s a fun experience either way.

Aside from a brand new single player campaign dubbed Hero Mode, the new modes found in Splatoon 2 are The Shoal, League Battle and Salmon Run. While The Shoal essentially replaces Battle Dojo as the local multiplayer hub, it’s an absolute upgrade in every way. Instead of offering a lackluster balloon popping split-screen diversion, The Shoal basically lets players set up local Private Battles and Salmon Run sessions. Players have all the same options they’d have in Private to customize the games, including a customizable version of Salmon Run not found anywhere else.

League Battle is basically Splatoon 2’s version of Squad Battle from the original. Players have to be at least rank B- in one of the Ranked modes to join a League Battle in any of them. Teams of two get grouped with other pairs so the battles are always 4v4, a departure from how Squads worked in Splatoon. One welcome change to the formula is that your individual rank isn’t affected when your team wins or loses, making losing streaks with friends much less devastating. League Battle also awards medals at the end of every two hour cycle that stay on your profile, giving the mode a much more competitive feel.

Salmon Run is the only entirely new mode introduced in Splatoon 2. This stands out for being the first PvE mode in the franchise, as well as the first co-op only mode available. The variety of enemy types coupled with a myriad of random environmental effects goes a long way in keeping each bout unique and entertaining. The daily super bonus is a really smart way to keep players coming back, offering everything from money to EXP-boosting food tickets for earning enough points in runs. All in all, Salmon Run is some of the most fun I’ve ever had with Splatoon. My only gripes are that it can’t be played whenever you want, and it doesn’t support split-screen multiplayer. That aside, it’s easily one of the most attractive reasons to pick up Splatoon 2.

If it hasn’t become apparent yet, Splatoon 2 has a good deal of tweaks, improvements and changes that separate it from the first entry. This isn’t simply a new coat of paint (though it’s that, too), it’s a calculated step forward for the series. Splatoon 2 almost feels like a second birth for the franchise. Millions of gamers who never owned a Wii U are finally getting turned on to the game with the Switch. You can tell in-game by how much more competitive Turf War is now that players are really digging into the game and taking it more seriously as a shooter. Now it’s just up to Nintendo to keep that momentum and excitement for the game going as long as possible.