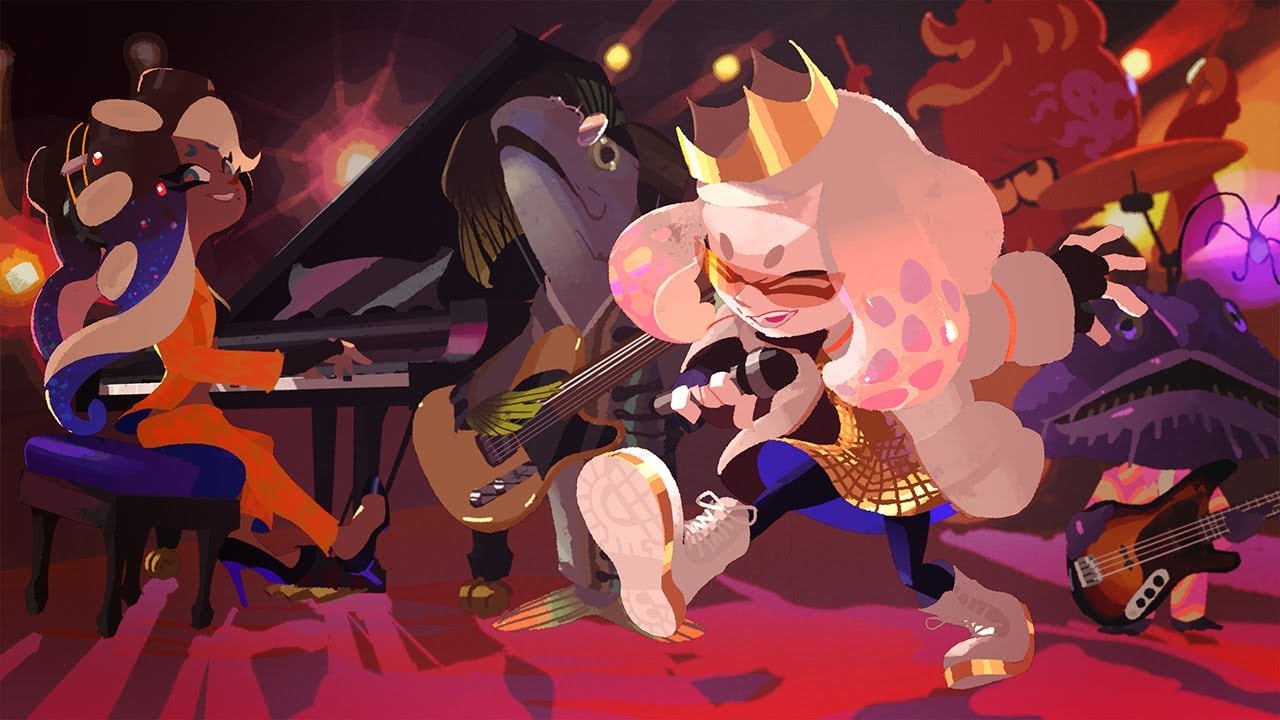 Are Splatoon 2’s Pearl and Marina in Splatoon 3?

Saying that Splatoon 3 on Nintendo Switch acts as a proper culmination of everything the series has established thus far would be an understatement. From its gameplay to its story, the latest entry in Nintendo’s third-person shooter franchise brings Inklings and Octolings together again for yet another grand step forward that could very well also be their last big shebang on the hybrid platform. If Splatoon 3 is making dozens of callbacks to the Wii U debut entry, its sequel, and the Octo Expansion DLC with its maps, equipment, cosmetics, and characters, what exactly happened to Off the Hook’s Pearl and Marina?

For those not splatting away to unlock every possible collectible in the single-player campaign, it may seem that Splatoon 2’s iconic pop stars do not appear in the game. While Pearl and Marina never actually greet the player or assist them on their adventure in Alterna like Cali, Marie, Cap’n Cuttlefish, and Agent 3 (the original player character from the first Splatoon and the Octo Expansion), M.C. Princess and DJ Hyperfresh do get some new lore in Splatoon 3 that further expands upon their journey to global fame in the marine life world.

As players who are deep into collectibles and online customization will discover, the show hosts from Splatoon 2 have been up to quite a lot since they last sang for Agent 8. While they are not involved in the main story mode’s plot, Pearl and Marina appear in one of Splatoon 3’s Sunken Scroll entries and have an unlockable locker sticker.

In Splatoon 3’s story mode, players can once again discover entries from the Sunken Scrolls as they explore the fuzzy ooze-infested world of Alterna. Like the prior entries, these art collectibles give players a deeper dive into the game’s lore as they showcase artifacts and artwork from across Earth’s complicated history. From the origins of Inkling-kind to the modern-day shenanigans of their funky fresh celebrities, the Sunken Scrolls covers nearly all of Splatoon’s key players and story points thus far.

In Splatoon 3, the twenty-second Sunken Scroll can be found at the Happiness Research Lab site next to the wall below the “Fly-Fishin’” mission’s kettle entrance. At Alterna’s final site location, the second to last collectible of the historical records depicts what Pearl and Marina have been up to post-Splatoon 2: Octo Expansion DLC. In the collectible in question (as seen above), a recent document containing a colored image, a CD case, and some design blueprints for various tools describes how Pearl and Marina became part of a new super-talented band.

During the time between the Octo Expansion and Splatoon 3, Pearl and Marina continued their music endeavors as they created new hit singles for the world to enjoy. Eventually, the two stumbled across a band on the internet called Damp Socks. While the members of Damp Socks are yet to be named publicly, what players learn from the one photo of the group is that the band consists of a flashlight fish and anglerfish that play bass guitar and an octopus on drums.

After being hooked on their tunes and desperate for a collaboration, Off the Hook pursued the members of Damp Socks for their next big act. Together the two bands created their first big hit under their new name “Damp Socks feat. Off the Hook.” As to be expected with the Splatoon series, some of the fictional act’s songs are actually already part of the game’s soundtrack and feature the voices of Off the Hook’s Pearl and Marina. “Candy-Coated Rock” (which appeared in the game’s Splatfest Demo prior to launch) and “Tentacle to the Metal” are currently the only two in the game, but knowing Nintendo’s developers, it wouldn’t be surprising to expect more in the near future once Splatfest tournaments begin rolling out.

Players may not get to see Pearl and Marina in the flesh, but the photo of Damp Socks gives fans a possible glimpse of what the two might look the next time they return. Pearl has ditched her original outfit inspired by American rapper The Notorious B.I.G (often referred to as”Biggie Smalls”) in favor of a map-coated dress, while Marina now dons a flashy orange jazz artist-esque get-up. While Pearl is still jamming out on the microphone, Marina is depicted playing a grand piano.

For those curious about the aforementioned locker sticker, like all of Splatoon 3’s other Sunken Scrolls, the photo from the Sunken Scrolls historical record is what players can obtain for their small cabinet of collectibles and gear. After the player unlocks entry 22 of the Sunken Scrolls, the sticker item featuring Damp Socks, Pearl, and Marina will automatically be obtainable from the terminal in the multiplayer lobby.

So Pearl and Marina appear to be living the life they dreamed of after breaking big with their collaborators! While Splatoon 3 may not give Off the Hook a chance to make a splash in Splatsville’s streets or the depths of Alterna, it is possible the two may show up in a future update or DLC expansion. The return of Off the Hook seems likely after all, considering that Pearl and Marina did not appear in Splatoon 2’s original campaign but were heavily featured in the Octo Expansion. It also would not surprise us if they appeared in an upcoming Splatfest as the debut of Damp Socks was in the world premiere demo!