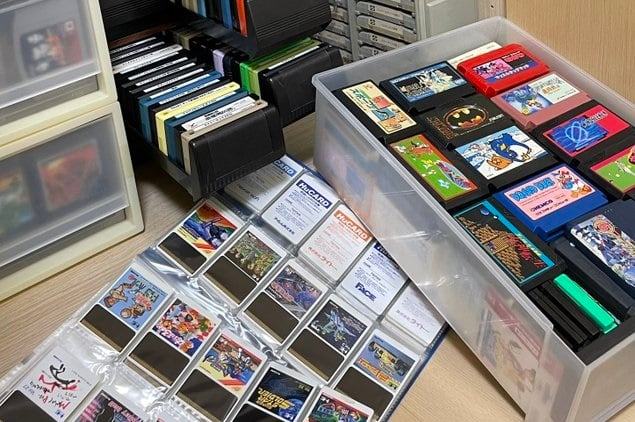 Ever wondered what a meticulously organized collection of retro video games looks like? Legendary Super Smash Bros and Kirby creator Masahiro Sakurai has you covered, in a Tweet that has gained over 50,000 Likes since it was posted on July 2nd.

The Tweet, which is written in Japanese, explains that Sakurai had been rummaging through his old game collection looking for something that does not appear to be there. What he was looking for is not known, but as a result of Sakurai’s investigation, his seriously impressive set of cartridges is on full display.

The collection is enormous, with large boxes filled to the brim with cartridges piling up in the background as well as being sprawled out on what looks like a wooden desk or floor. Replies to Masahiro Sakurai have pointed out that within his collection are iconic games such as GoldenEye 007 and Tales of Phantasia, with others spotting Batman and even Digital Devil Saga: Megami Tensei. The variety of genres is impressive and demonstrates Sakurai’s veterancy in the games industry.

Sakurai responded to one reply in this thread, which was, according to Twitter’s translation feature, a joke that the collection should be turned into a museum. He said in response that “the experience of playing each is the most valuable”, which is a wonderfully wholesome statement and really shows how much this legendary games industry figure cares about gaming.

This was likely not intended as a way for Sakurai to show off his retro game collection, but some have certainly interpreted it in this way. One response comments that the collection is likely worth thousands of dollars, while others see it as a “flex” on Sakurai’s part, with one user joking that this is precisely what gives him the authority that he has in the industry. It’s delightful to see all the replies being so lighthearted, and conversations about retro games have sparked in the replies too.

For more Masahiro Sakurai news on Goomba Stomp, check out our piece on why Sakurai has earned a long and wonderful retirement after his contributions to the industry.