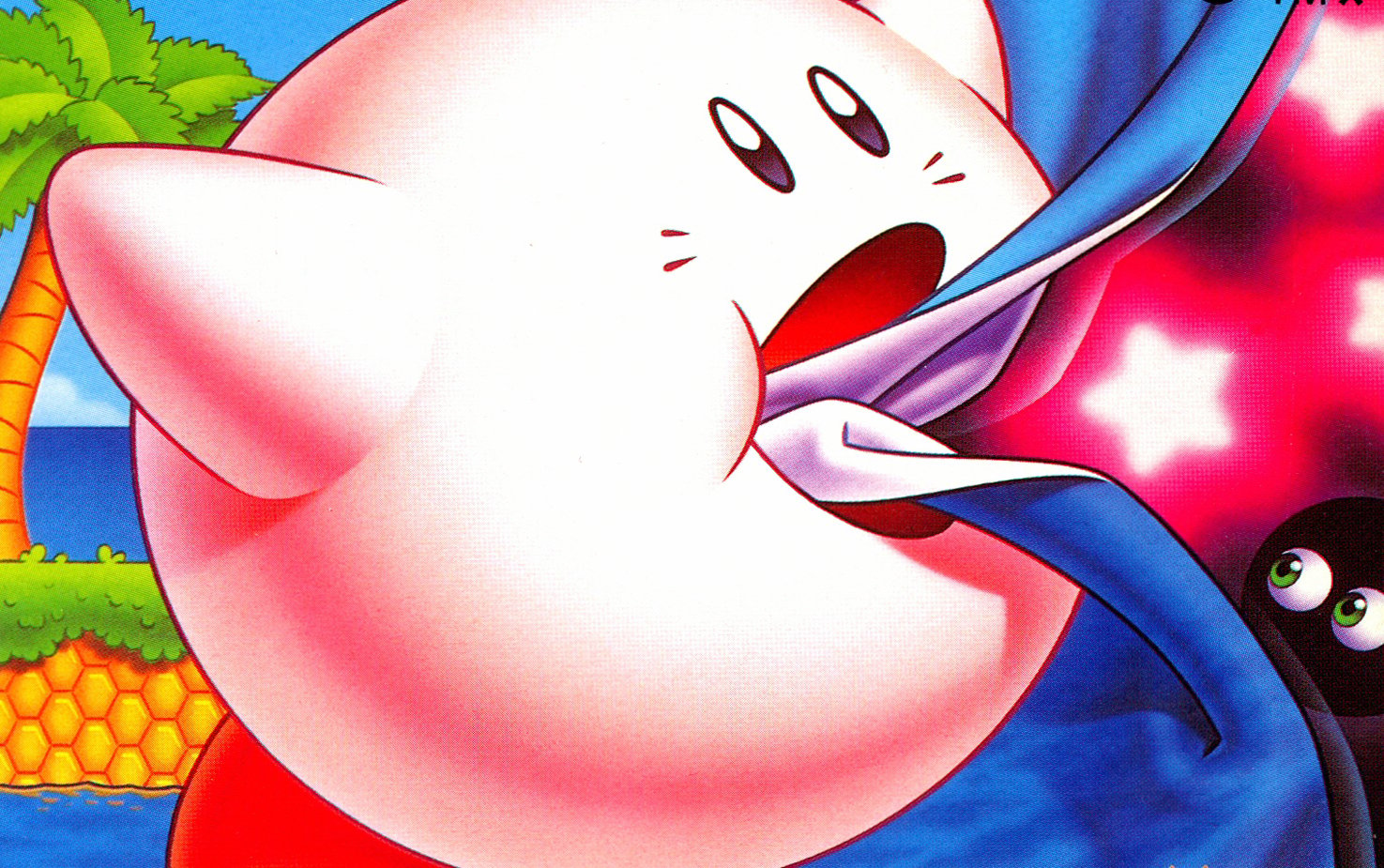 With Kirby’s Dream Land for Game Boy, series creator Masahiro Sakurai and his team at HAL Laboratory were tasked with creating a handheld game for casual audiences that seasoned gamers could also enjoy. While Dream Land was a commercial success globally, the critical response to the first Kirby title noticeably contained similar complaints across publications. Reviewers loved Dream Land but argued that the game was too short and required more challenge for a wider audience. While this should have shown that the game’s development goal was a success, Sakurai did not undermine the criticism. The next title featuring the pink puff, Kirby’s Adventure, had Sakurai and his team aiming far wider and higher than before.

Looking back on its legacy almost three decades later, Kirby’s Adventure marked a brilliant turning point for Nintendo’s game design philosophies as it presented a massive stepping stone for the industry. Kirby’s Adventure may not have been perfect, but it ushered in a new foundation for HAL Laboratory’s future mascot and an upcoming age of accessibility that other developers would follow. Thanks to perfect timing and its underestimated philosophy of “Kirbyism”, Kirby’s Adventure became more than just a game-changer for its franchise.

With Kirby’s Adventure being one of the last titles Nintendo would develop for the Nintendo Entertainment System, Sakurai received Satoru Iwata’s permission to create a Kirby game for home consoles that could lean in on a more skilled player base. With the Super Nintendo taking over homes and Nintendo’s first-party teams permanently moving on to the 16-bit generation of hardware, Sakurai and his small crew at HAL Laboratory could have crafted a game for the dedicated gamers, the only people they thought would be buying new titles at the end of the NES’s life.

While Sakurai has always been keen on developing video games for “avid gamers,” he has never once thought about discounting the casual end of the spectrum. Spurred by the critical response to Kirby’s Dream Land and determined to continue off the excellent foundation it revolutionized, Sakurai created a game design philosophy called “Kirbyism” for his big follow-up. Kirbyism was designed around the core gameplay structure that Kirby’s Adventure aimed to pioneer; it presented a new age of player accessibility and variety that had arguably never been done before. Aligning with his mentor’s vision, Sakurai’s Kirbyism pulled heavily from Iwata’s ideas of making games for everyone to enjoy.

“Normally, you just lower the difficulty and do nothing else, that’s the most common result, common solution.”

At its core, Kirbyism was founded on the principle that all games should be accessible to a wide audience of any skill level. From Kirby’s versatility to Dream Land’s extra offerings, Kirby’s Adventure lives and breathes (or perhaps more appropriately, inhales and exhales) the key ideas of Sakurai’s Kirbyism. The game sticks to a single difficulty level while still letting players decide the challenges of their playthrough. Kirby’s Adventure was precisely designed to offer an experience where both casual and hardcore gamers can share the same enjoyment. The once-simple pink puff hailed for spearheading an easy pick-up-and-play game catered to far more than meets the eyes with his second title. Kirby was no longer focused on just floating around enemies and using one means of attack.

Kirby’s Adventure features a playstyle that is admirably malleable to each player’s preferences. Once again, Kirby could walk and be blown up like a balloon to safely traverse enemies; however, he was also granted more advanced techniques skilled players could use. The ability to run and slide kick gives players the upper hand on enemies while also handing out opportunities to potentially breeze through longer levels. With only a score counter to look at and the lack of a time limit, Kirby’s Adventure could be either one easy-going journey or a rapid-fire race to the finish depending entirely on the player’s style. As Kirbyism puts it, the player is given free rein over how long or challenging the pink puff’s adventure will be.

Of course, the big component Kirby’s Adventure introduced was 25 copy abilities that added hundreds of possibilities and permanently changed the franchise. Like walking and running, it is up to the player to decide what copy abilities they would like to use. Aligning with the Kirbyism philosophy, every copy ability except for “Sleep” can literally be used to complete Kirby’s Adventure. The game even gives players the option to drop Kirby’s current ability at any time in favor of inhaling other enemies for new powers. Copy abilities not only gave the Kirby franchise a new identity, but it forever changed the amount of replayability and variety each game would offer. A constant sense of uniqueness and choice is always being welcomed to each playthrough by Kirby’s vast arsenal of abilities.

“The reason why I implemented that [Kirby’s copy abilities] is so that experienced players and new players alike could choose their own abilities and enjoy it in their own way.”

Brilliantly implemented, players looking for the same challenge and structure Dream Land proposed can also complete the game without the need for the titular character’s newfound skills. Again, like the controls themselves, the game was designed to be playable with either chosen method. Aside from the final boss against Nightmare where the player is forced to use the “Star Rod” copy ability, it is entirely possible to beat Kirby’s Adventure without inhaling a single foe’s powers–or even running for that matter. Whether it was an accident on Sakurai’s philosophy or not, oddly enough, the old Kirby playstyle became a whole new breed of challenge in itself.

In terms of replayability, Kirby’s Adventure not only had tons of bonuses and secrets for players to discover but each copy ability harnesses a unique playstyle that can be used to complete the game. In total, there are technically 25 different single playstyles that the player could use to complete Adventure–and that is not accounting for the hundreds of opportunities players have to mix up their playthrough by swapping abilities. Additionally, three addictive minigames based on score exponentially increased the value of what players were purchasing. Crane Fever, Egg Catcher, and Quick Draw set the standard for the minigames (or rather subgames as they would later be called) that players would expect to be implemented in later Kirby titles.

On top of all else, it should be mentioned how Kirby’s Adventure pushed the limits of the NES’s visual and sound quality. To fulfill the latter half of the title, the player travels to seven levels that all differentiate from one another. Each landscape has a distinct vibe that constantly keeps Kirby’s Adventure feeling like a true globe-trotting journey across Dream Land. Even in the face of several prominent framerate issues, the presence of intricate pseudo-3D effects that broke the hardware barrier is still impressive enough to call Kirby’s Adventure one of the most technically ambitious titles in the system’s library. It really showed that the NES was more than capable of having detailed sprites and multilayered backgrounds with minimal issues.

The Name You Should Know and The One That Shows

The pink puff was far from the only benefactor with Dream Land’s second coming. Masahiro Sakurai’s titles that were created after Kirby’s Adventure, like the Super Smash Bros. series and Kid Icarus: Uprising, heavily revolve around his cemented Kirbyism philosophy. Each game bearing the creator’s name offers multiple ways to play, extreme depth, and replayability that harken back to the ideas Kirby’s Adventure formally established. In retrospect, perhaps Kirby became the icon he is to future game developers and audiences because of the sheer innovation the franchise continued to parade through his early days. Looking back on it now, Kirby and the gaming industry could not have dreamed of a better successor than what Adventure provided.