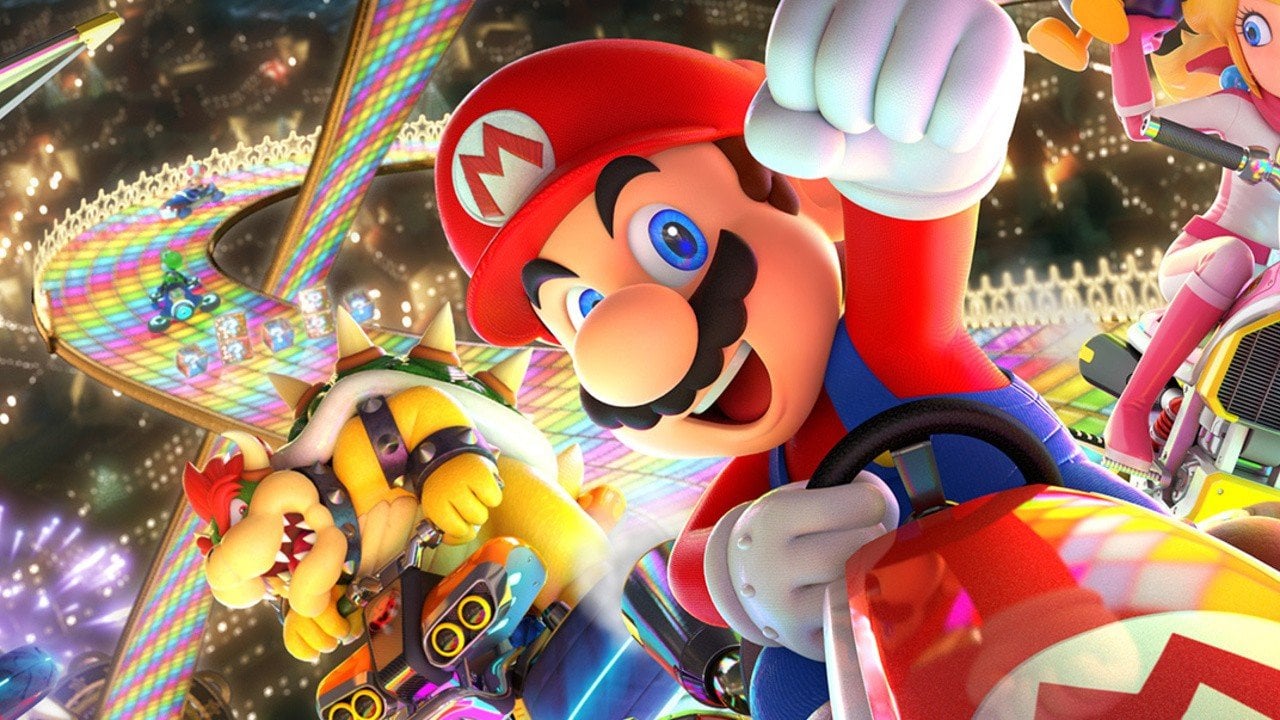 It’s been two months since the Nintendo Switch’s long-awaited debut, with its arguably underwhelming list of release titles. Although Breath of the Wild kept fans busy, an inevitable anticipation for new games has begun to creep forward. The summer pipeline is already building momentum, and Mario Kart 8 Deluxe is an impressive reminder that the Switch was—and still is—a worthwhile buy. For Wii U owners that already have the original Mario Kart 8, the biggest question is whether the new version is different enough to justify spending another $60. Of course, the answer will depend purely on individual opinion. But this particular Mario Kart fan answers with a definite yes. Smooth gameplay mechanics, substantially upgraded content and the Switch’s versatility add up to a re-release that easily deserves to stand alone.

Easy to Learn, Difficult to Master

Mario Kart is fairly easy to grasp. Behind all the shell-throwing, banana-peel-dropping mayhem, it’s ultimately just a race to the finish line. What goes largely unnoticed, however, is that Nintendo has accomplished something truly amazing with the franchise as a whole. They took a simple concept and crammed it full of nuances that pave the way for an exorbitant amount of strategic possibilities. Every entry in the series can, in many ways, grow incredibly complicated. As a result, it can be quick and casual fun for any audience while harboring deeper implications for the serious player. Mario Kart 8 Deluxe takes both extremes and caters to each of them equally well. Casual players can stay competitive with Smart Steering and Auto-Acceleration features, while those looking for a challenge can try the 200cc mode, a respectable test of one’s driving ability. I fall somewhere in between the two categories, so I could get a gauge on both options with a fair perspective.

Smart Steering does its job well, making it significantly easier to maintain control of the vehicle. Even actively trying to drive off the course, I was prevented from making any fatal mistakes. It won’t churn out easy 1st places by any means, but it’s a terrific way to prevent novice players from throwing their controllers at the TV.  Unsurprisingly, the 200cc mode had the complete, opposite effect. Having experienced many of the Mario Kart entries over the years, I’ve grown accustomed to rarely—if ever—using the brake button (a habit quickly broken down by 200cc’s sheer speed). Luckily, the in-game menu for driving techniques is beyond helpful. Here, players can read up on certain actions that will help them blow past their opponents in a number of situations. Some will be all too familiar, such as the mini-turbo earned by maintaining your drift for a sufficient length of time. But much of the strategy in Mario Kart is left to be discovered simply by playing. For example, drifting at a sharper angle will build up your mini-turbos much faster, and if you have a lot of coins, you’ll recover from falling off the track more quickly. These may be mere afterthoughts if everyone’s playing for fun, but they become critical factors in a competitive environment. The game’s greatest strength is its simultaneous accommodation of both the party player and the skilled veteran. There’s all the opportunity in the world for someone who wants to implement a well-crafted strategy, without an overly severe punishment for someone who doesn’t.

If the inclusion of all the Mario Kart 8 DLC isn’t enough motivation to buy the deluxe version, the revamped battle mode very well should be. I was immediately taken back to my Double Dash days when I started a round of Shine Thief, my former favorite. This capture-the-flag style game has racers battling for possession of the Shine Sprite, an item that must be held for a certain amount of time in order to win. Shine Thief is reintroduced alongside Balloon Battle, Coin Runners, Bob-omb Blast, and Renegade Roundup, providing plenty of quality content when you need a break from the traditional Grand Prix. Besides keeping the gameplay from getting stale, these additions are the perfect way to practice item usage. Each of them has its own strengths and weaknesses, but one of the most effective mid-race strategies is to make full use of whatever item you receive. Battle mode’s design removes the frantic urgency to cross the finish line and encourages experimentation. I settled for numerous 2nd places because I got a green shell instead of a red one in the last seconds of a race, but after enough Balloon Battle practice, I found myself landing midrange hits without too much trouble. This, paired with Time Trials to improve driving, adds up to a comprehensive set of options for becoming a better player. I can’t think of any missing pieces I would add; Mario Kart 8 Deluxe covers all its bases as the newest entry in the franchise.

Switch to the Switch

The Switch became Nintendo’s fastest selling console for good reason. It’s a versatile system that accommodates almost any style of play, and between the Joy-Cons and Pro controller, you have several choices when it comes to Mario Kart. Handheld mode is fluid and responsive, although I’d recommend a solid grip while using motion controls. By far the easiest way to play was with a Pro controller though, so I favored docked mode right from the start. If the hefty price tag doesn’t appeal to you, the left and right Joy-Cons can be split up and handed to two separate players without needing any additional accessories. I was surprised by how well this worked, given how small the Joy-Con halves are by themselves. But what I originally expected to be cramped and uncomfortable was far less bothersome after a race or two to get accustomed to it. One Joy-Con per player is a refreshingly viable gameplay option, rather than just a backup for when you’re out of other controllers. The Switch is further proof that Nintendo – despite creating consoles with lackluster technical specifications – dominates within its own particular niche.

I’m usually hesitant about buying upgraded versions of games I already own, but this re-release transcends its predecessor in more ways than one. The differences are refreshing, the current-gen feel is present throughout, and the game complements the capabilities of its platform. Yet it still manages to be reminiscent of every lazy, childhood afternoon spent playing the older titles in a living room full of friends. Nintendo has always been the best at staying true to its roots, but that can only be done effectively when interlaced with the demands of modern-day gaming. Mario Kart 8 Dhttps://en.wikipedia.org/wiki/Mario_Kart_8eluxe is a convincing argument that they are still very capable of doing both.