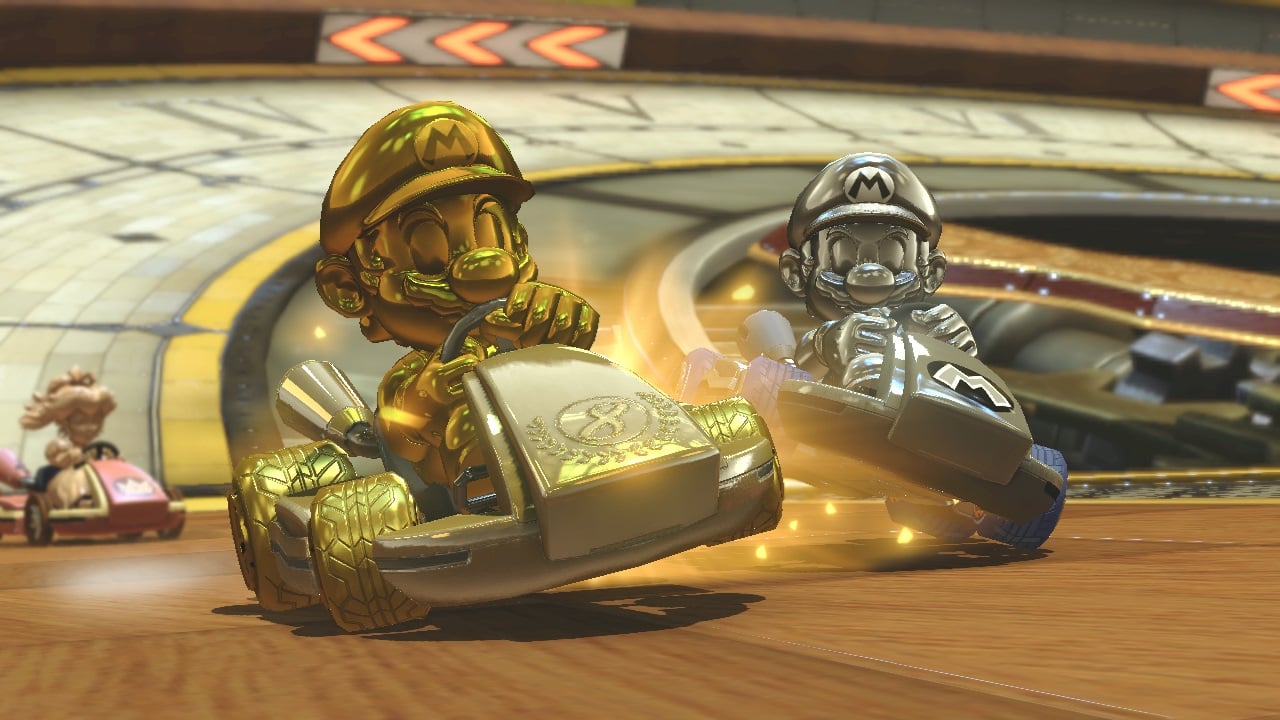 When Mario Kart 8 dropped on the Wii U back in 2014, I quickly called it the best Mario Kart game ever made. My friends and I sunk our entire summer into the game, not once growing tired of it. Two DLC packs kept me coming back for many months, and I felt confident that a better Mario Kart game wouldn’t be released for over a decade. The racing was flawless, 200 CC exciting, and the tracks the best in history.

Well, I was wrong. Nintendo has, just three years later, managed to top the Wii U gem with Mario Kart 8 Deluxe for Switch. I downloaded the game when it dropped on Friday and once again find myself unable to take my mind off it. Despite already owning the game on Wii U, Mario Kart 8 Deluxe is a must-buy for Switch owners, regardless of whether or not they had it on Wii U.

This is true for just about any Switch game, but Mario Kart 8 Deluxe is an ideal game to play on the go. It doesn’t involve a serious mental commitment to play and lends itself to getting you through long waiting rooms or train rides.

The local multiplayer anywhere is one of the Switch’s greatest promises, and Mario Kart 8 Deluxe delivers on that key concept. While the screen is a bit small for some of the game modes (specifically the Renegade Roundup battle game), it works well for the vast majority of them. I set up a few verses races with friends and family whenever we’ve got a few minutes to kill. The Joy-Cons works excellently as stand-alone controllers as well. This is the best use of them yet, as I’ve played with them for hours without any discomfort.

With Mario Kart 8 Deluxe, you can bring Mario Kart 8 with you wherever you go. It’s only been in my life for a few days, but I’m already in the habit of grabbing my Switch whenever I hit the road because a chance to play with a friend or stranger could be just around the corner. Even better, you’ll be enjoying the game for years to come.

The Wii U failed for countless reasons, but its sparse launch lineup may have been the biggest offender. The console didn’t have any “evergreen games” that players could go back to and enjoy throughout the console’s lifespan. Most of my Wii U games were one-and-dones, leaving me with long stretches of time without games to play. It desperately needed Mario Kart or Super Smash Bros. early in its life cycle.

That’s one of the best parts of the Mario Kart 8 Deluxe package. It’s a game that you’ll want to come back to for the entirety of the Switch’s lifespan. Mario Kart games always have a long life span. People still go back to older Mario Kart games, like Double-Dash and 64, to this very day! With Mario Kart 8 Deluxe, you’ll have a game that you’ll never truly burn out on throughout the Switch’s lifespan and beyond. It’s a game that I can see myself returning to for a very long time, especially with the smart additions and tweaks the Deluxe edition makes.

The New Battle Mode is Amazing

Some Wii U owners may think “I’m not a fan of gaming on the go, and I can just come back to Mario Kart 8 on the Wii U if I feel the need”, but I think they’d be missing out on the best battle mode Nintendo has ever made. Five unique games and eight arenas make each battle feel distinct and fresh, and up to 12 players participating makes for even more chaotic fun.

Each player is sure to have their own personal favorite, but every game has been carefully crafted and all are an absolute joy to play. For me, Shine Thief still stands as the best game. I’m addicted to the fun of running away from 11 other racers, with only my creativity to protect me from their shells, fireballs, and boomerangs.

While Shine Thief holds a place in my heart, the Balloon Battle, Bob-omb Blast, and Coin Runners modes are just as great as always. Coin Runners strikes an interesting middle-ground between Shine Thief and Balloon Battle. Players need to collect coins either by finding them or by taking them from other racers. Its strategic element makes it feel distinct from the other returning games.

Balloon-Battle and Bob-omb Blast embrace the sheer chaos that Mario Kart is known for. Scoring points by bopping players with a well-placed green-shell, or getting someone off your tracks with a surprise Bob-omb drop is as fun as ever. Bob-omb Blast ramps up the explosive fun by giving players only Bob-ombs to destroy their foes.

There’s more than just old-school fun as well. The new Renegade Roundup game makes for an awesome addition to battle mode and is the one I find myself most excited to play. The spin on Cops and Robbers is fresh, fun, and surprisingly balanced. It’s one of the few Mario Kart games that tests your teamwork skills. While racing will always be my favorite part of Mario Kart, Mario Kart 8 Deluxe’s battle mode keeps luring me online to compete with players around the world.

Other Smart Tweaks Make This the Mario Kart Game Ever Made

With the addition of battle mode, Mario Kart 8 Deluxe stands above the rest of the series by a wide margin. Still, a few other smart tweaks make the game appeal to a wider demographic as well. The Smart-Steering option embraces the child-friendly nature of Mario Kart, making it easy for kids to get in the game and play alongside their older siblings or parents. Instead of handing a battery-less controller to an unsuspecting 3-year-old, you can now give them an authentic racing experience without frustration!

New characters, like Dry Bones, Bowser Jr, and the Inklings from Splatoon are nice additions as well. It’s hard to believe that Bowser Jr. was left out of the original game, but it’s great to have him back.

Lastly, if your friends are Switch owners, you can enjoy all the game has to offer with up to 12 players. I’ve been working hard to convince my skeptical buddies to make the investment because 12 player Renegade Roundup is something that the world desperately needs.

Trust Me, It’s Worth It

So, is Mario Kart 8 Deluxe worth it? Absolutely. Deluxe improves on Mario Kart 8’s perfection in the only way possible: adding more perfection. The battle mode alone makes the $60 tag worth it, but when you add in ideas like Smart-Steering and portability the game once again becomes a must-buy. Regardless of whether you already own Mario Kart 8 on the Wii U, you really should grab a copy of Mario Kart 8 Deluxe for Switch.