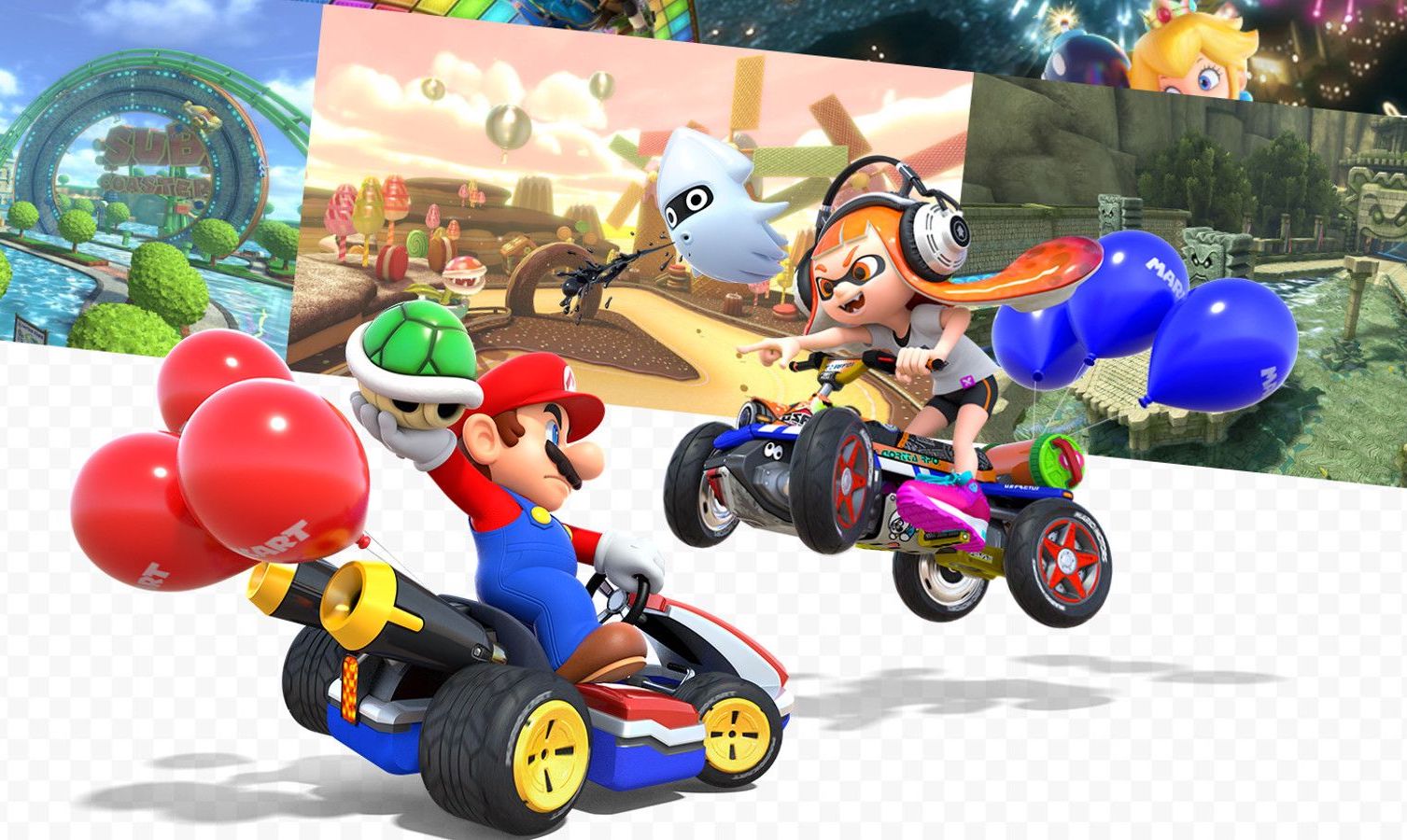 During the most recent Nintendo Direct, it was announced that over the next two years there will be 48 new tracks added to Mario Kart 8 Deluxe. That’s right, nearly ten years after its original release Mario Kart 8 will be continuing to get new content updates with its Nintendo Switch iteration. This announcement comes as an even greater shock when considering the recent rumors of Mario Kart 9 being in active development.

But new content for Mario Kart 8 Deluxe, known as the booster course, brings those rumors and the possibility of Mario Kart 9 ever-existing into question.  With 8 Deluxe, the Mario Kart franchise has reached its apex, that combined with technological advancements has made now the perfect time for Nintendo to never release Mario Kart 9 and instead simply convert 8 Deluxe into the live service Mario Kart game we all deserve.

Historically Mario Kart games have brought significant changes and gimmicks to the table with each new release. Super Mario Kart on the SNES is a game that served its purpose at the time but hasn’t aged particularly gracefully. While it proved as an excellent proof of concept for the series it hasn’t done much more than that since its 1992 release. Mario Kart 64 brought the series into the third dimension. In a way, racing games are the single genre that benefited the most from the move to 3D. More gimmicks, features, and evolutionary change would grace the series with the likes of Super Circuit’s on-the-go kart experience, Double Dash’s cooperative mode, Wii’s motion controls and additional racers, 7’s gliders, and 8’s magnetic track sections.

With each new entry, the series has grown but as the law of diminishing returns dictates, that growth has waned significantly.

The trajectory of the series has been consistent with what would reasonably justify several sequels. It is reasonable that, up to this point, the Mario Kart series has followed a traditional distribution model of sequels every three to five years. Until recently, Nintendo didn’t have the infrastructure in place to distribute and effectively monetize downloadable content. In an effort to prevent the narrative of Nintendo constantly re-releasing the same game over and over again, Mario Kart gimmicks have been necessary. But the gimmicks, while still additive, have begun to feel a bit strained as though a new model for distribution is needed.

With the exception of Mario Kart Tour, there hasn’t been a new Mario Kart game in nearly 10 years, and still, Mario Kart 8 has held up remarkably well since the Wii U days. While oftentimes games integrate mechanics that seem harmless in the development stage, in practice they can end up alienating their audience.

It’s not hard to imagine that during development Smash Bros Brawl’s tripping mechanic would conceivably add a fun element of luck and randomness to the game but in actuality it just frustrated players to the point that a significant portion of that community reverted to the previous game in the series, Smash Melee. Fortunately, Mario Kart 8 has been able to avoid those issues entirely. Mario Kart 8 Deluxe being the most popular game on the platform means that abandoning the game in favor of a sequel would not only reduce the potential DLC sales but would also split the player base across the new and old games.

And so what should that monetization model be? Live service games have become ubiquitous throughout the industry, with the incredible foundation that is Mario Kart 8, regular content drops like the booster course would be a godsend and, at least in my opinion, preferable to the standard release model. One of the most widely despised moves that Nintendo has made this generation has been the pricing and content offering from the Switch Online + Expansion Pack subscription service. While the baseline Nintendo Switch Online price is $20 a year, the Expansion Pack add-on costs an additional $30, bringing the grand total to $50 a year (and that’s not counting how much family plans can cost too). After the announcement of the Expansion Pack, the general sentiment was that the additional content didn’t even come close to more than doubling the value of the service.

By introducing ongoing Mario Kart content that is most easily accessed via the Switch Online Expansion Pack, Nintendo would not only be able to continue to cultivate a community around the game but also incentivize players to continue to subscribe to the premium online service. By introducing new characters and tracks while also expanding beyond the mushroom kingdom, Nintendo would be able to combine new potential with the existing player base to make for the ultimate Mario Kart game.

Obviously transitioning Mario Kart 8 would benefit Nintendo but it would also be able to benefit the players. The simple convenience factor of preserving and condensing all modern Mario Kart content into a single platform would not only prevent the player base from splintering across releases but it would also make the game significantly more accessible to everyone. As is normal with all games, the older Mario Kart 8 Deluxe gets the easier it is to find on deep discount. Those discounts combined with the fact that the Switch rerelease has been the pack-in title for the past several holiday seasons place it amongst Sonic the Hedgehog and Wii Sports as some of the most influential system bundle titles of all time.

Utilizing that status and ubiquity to leverage Mario Kart 8 Deluxe into a position of being the standard live service experience on Nintendo’s platform would elevate both the Switch and the game to prominence that couldn’t possibly be ignored. That prominence would lead to a consistent stream of higher quality content and an end to the feast and famine cadence the series has been subject to in the past.

Now that we are firmly into the internet age of gaming in which the expectation for almost all gamers’ hardware to be connected all the time, there are several games that would be better served if distributed differently than they have been historically. When executed properly, the live service model enables players to choose their level of investment both monetarily and from an engagement perspective.

Mario Kart 8 Deluxe is the pinnacle of Mario Kart and the series has reached a point at which it doesn’t need sequels every few years anymore. From a visual, gameplay, and mechanical perspective Mario Kart 8 Deluxe is nothing short of a masterpiece, the only thing that can be improved is the simple addition of content. It’s now been nearly 8 years since the original release of Mario Kart 8 and the game still looks and plays as though it could have been released yesterday, I fully expect that it will still feel the same way in another ten years and I hope we are still playing this iteration of Mario Kart when that time comes.