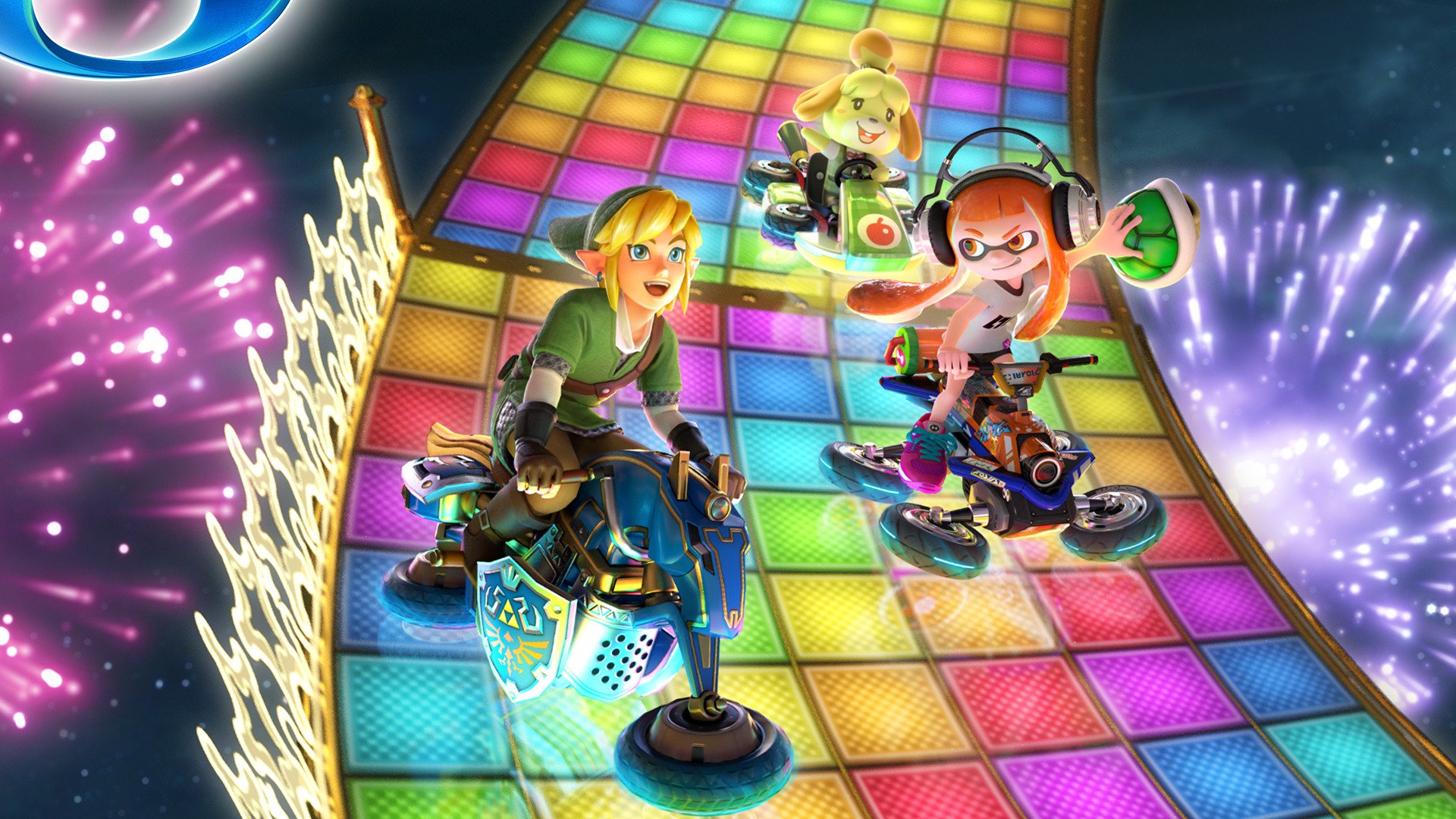 As rumors spread once again throughout January, the idea of a possible Mario Kart 9 announcement has been making the rounds across social media. With the release of Mario Kart 8 Deluxe on the Nintendo Switch, the franchise continued to expand upon its crossover lineup with the additions of the Inkling Boy, Inkling Girl, and a new costume for Link inspired by his look from The Legend of Zelda: Breath of the Wild. But why stop there? We may not be asking for a “Nintendo Kart” crossover game, but these are just a few characters from outside the Super Mario Bros. franchise that deserves to be in Mario Kart 9.

Before you make a quick call, Splatoon’s 10,000-year-old cat judge Judd would be a logical pick for Nintendo to include in Mario Kart 9. The cast of Splatoon and its sequel have already found their footing in Mario Kart 8 Deluxe. Yet their potential is being kept under a sea of paint. Nintendo’s third-person shooter series has a vast lineup of hybrids, sea creatures, and mammals to explore through other mediums. With Splatoon 3 set to feature the flag-waving cat in a larger role, it would be the perfect time to add Judd to the Mushroom Kingdom’s all-star roster of karters. Judd would not only perfectly fit into Mario Kart’s art style, but the character would have the expressive potential to rival its most charismatic players–just think about the victory animations we could get!

Long before Mario Kart 8’s downloadable content introduced Link, the Villager, and Isabelle, Mario Kart DS featured the franchise’s first-ever crossover character. From the days of the Nintendo Entertainment System, Gyromite and Stack-Up’s add-on toy R.O.B. [Robotic Operating Buddy] has since become an icon thanks to his handful of appearances in titles such as WarioWare: Smooth Moves and of course Super Smash Bros. Brawl. R.O.B. and his gyroscope-inspired kart were only featured in Mario Kart DS before disappearing for the foreseeable future. If he can stick around for Super Smash Bros. after all these years, Nintendo’s physical player-two undoubtedly deserves another chance to compete with Mario and his friends on the race tracks.

Considering that Animal Crossing: New Leaf and Splatoon crossover characters were added in pairs, Link was cheated out of being with his beloved princess in both versions of Mario Kart 8. Whether it’s Zelda’s classic appearance to match the hero’s iconic green tunic or her latest techy iteration from Breath of the Wild, Hyrule’s royalty would make a perfect companion to her shining knight in Mario Kart 9. If the Mushroom Kingdom’s various princesses from Sarasaland to the cosmos can become racers, then Hyrule’s legend who has donned the same Master Cycle as Link should be able to join the ranks too.

He may be the only third-party character on this list, but Don-Chan has a significant history with the Mario Kart franchise. The hero of the Taiko no Tatsujin series is by far the most practical non-Nintendo character that could join Mario Kart in the future–mainly because he already has! For those unaware, Japan’s Mario Kart Arcade GP series of arcade systems were created in collaboration with Bandai Namco Games. In those titles, characters from the Pac-Man, Tamagotchi, and Taiko no Tatsujin franchises have been playable racers. Nintendo characters and songs have often shown up in Taiko no Tatsujin’s console entries. It is about time Don-Chan pays his dues and shows up to the Mushroom Kingdom rather than his home territory.

How is it possible that the F-Zero series has two maps in Mario Kart 8 along with the Blue Falcon vehicle, but not Captain Falcon himself? The renowned bounty hunter and the accomplished pilot was the original rival to Mario’s oldest kart racing days. With how Link was seamlessly implemented into Mario Kart 8’s DLC, there is no doubt that Captain Falcon can be adapted to the game’s visual style. Not allowing the Super Nintendo’s flagship racing champion to participate in Mario’s next big grand prix would be a falcon punch to the face. A Mii costume unlockable only through an amiibo is not enough for F-Zero fans and Captain Falcon’s legacy!

“It’s about time you showed up Fox!”

Rumors of a Star Fox racing game can resurface across the internet every few years, but fans of Fox McCloud’s adventures across the galaxy can agree that the leader’s inclusion in a Mario Kart entry would be far more feasible than another spinoff. Fox McCloud has been through the wringer over the last decade. After so many developers failed attempts to bring Star Fox back to Nintendo’s glory days, inserting the space animal crew into more crossovers will only help keep their legacy alive. Star Fox is a series that could also potentially bring a vast array of vehicle designs to Mario Kart. Between the Arwing, Landmaster, and Great Fox, the Star Fox series could broaden Mario Kart’s range of karts with quite a few visual beauties.

He is the star of the show and the name you should know. The super tuff pink puff’s absence from the Mario Kart series needs to be altered. Kirby is the only major Nintendo character to have a racing spinoff of his own without being featured in any capacity throughout the Mario Kart franchise. If Nintendo and HAL Laboratory will not give fans a Kirby Air Ride sequel, they could at least throw him in Mario Kart 9. Just modernize Kirby’s shooting star to Mario Kart standards and let Makiko Ohmoto shout “poyo” in the studio a few times! Super Smash Bros. Wii U & 3DS already let Kirby reach the cosmos of Rainbow Road once, and it’s time he stays there permanently!

For those who also think it would be impossible to implement the Warp Star into Mario Kart because of Kirby’s size and stance, the character’s 2001 anime Kirby: Right Back at Ya! already has your concerns covered. In the two-part episode “The Kirby Derby”, the pink puff was able to reforge a mechanical version of his space vehicle into a racecar. With the help of Meta Knight, Kirby was able to give the machine that brought him to Dream Land wheels. If we cannot get the Warp Star, then there is also always the option of the Dragoon, Hydra, or any of the other air ride machines–no matter what is chosen, all will fit magnificently into the anti-gravity sections!