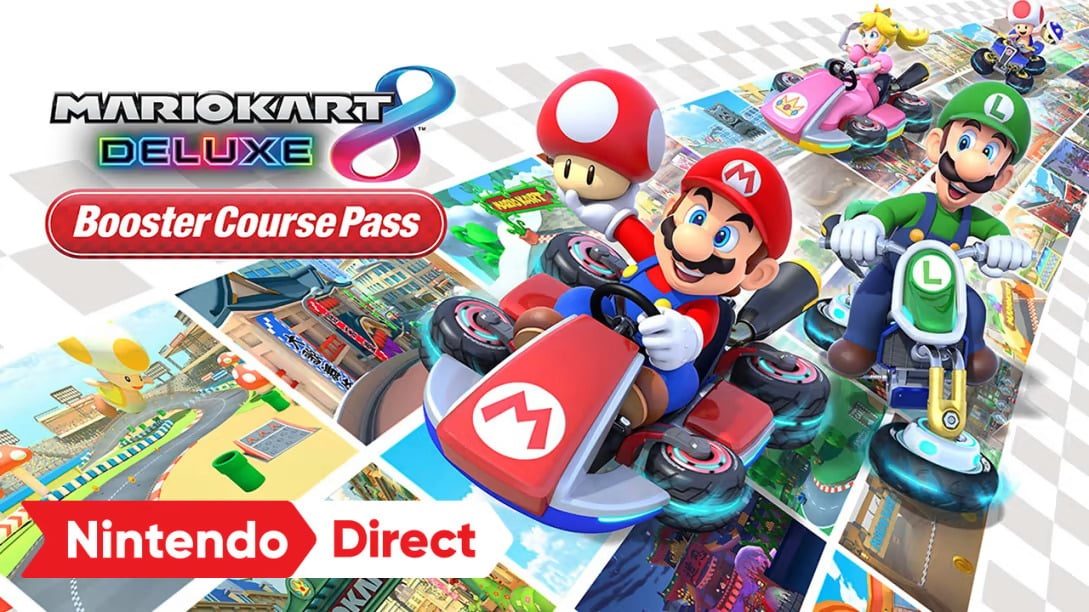 Mario Kart is as huge as it is beloved, and any news about the franchise is a bigger deal than finishing first on a 200cc reverse Rainbow Road.

While many were hoping for the announcement of the next proper sequel in the series, in their Feb 9, 2022 Nintendo Direct, Nintendo instead announced that 48 remastered courses from across the history of the series would become available in six waves of 8 courses each, beginning in March of 2022. The so-called Booster Course Pass DLC is available as a part of Nintendo’s ever-sweetening Online Expansion Pack (which also includes recent Animal Crossing DLC and access to N64 and Genesis games), or as a standalone DLC for $24.99.

Whether perfectly drifting the corners of Yoshi Valley or cursing the inevitable blue shell that catches up to you anyways, Mario Kart 8 has become an unstoppable juggernaut for Nintendo, and more Mario Kart always matters. Here’s why:

As of this writing, on just The Nintendo Switch, Mario Kart 8 has sold more than 37 million copies. That is a lot of red shells. By way of context, Canada’s total population is just north of 37 million.

Now let’s add in the nearly 9 million copies that sold on the WiiU, which kept the game at almost a 1 to 1 pace with 13 or so million WiiU’s that sold (RIP, good buddy).

Now we’re up to, oh, a little north of 51 million sold. With that in mind, MK8 is currently listed as the seventh best-selling video game of all time. But look more closely and most of what you find on that list, both up and down, are games from days of yore (and Minecraft).

And among a long lineage of best-selling games from the series, Mario Kart 8 is best-selling of all, having toppled Mario Kart Wii’s highly respectable 37 million as part of a series that has over the years sold more than 150 million cumulatively. Insert your own ridiculous and humbling data point of perspective.

People love this game, and they are still playing it.

In October of 2021 Nintendo announced a premium tier to its online service, known as the ‘Expansion Pack.’ At nearly double the price of the basic standalone online service, the Expansion Pack added access to Nintendo’s back-log of N64 games, a robust banquet of Sega Genesis games, and included access to Animal Crossing: New Horizon’s Happy Home Paradise DLC content. The initial offering was met with fan and industry skepticism due to the price hike versus the perceived value.

Since then, Nintendo has added more games to its N64, notably Banjo Kazooie and the forthcoming Majora’s Mask.  With the addition of the inclusive Mario Kart DLC, the offer is looking better and better.

Alas those of us who already churlishly purchased the Animal Crossing DLC as a standalone as retribution for the imbalanced offerings can shake our heads collectively in all-too-familiar Nintendo bewilderment.

The hopeful conclusion is that Nintendo will do more of this, with likely candidates easy to find among their upcoming slate of games – Splatoon 3 and Mario Strikers: Battle League look particularly ripe for this kind of treatment.

Unfortunately Nintendo is better known for fabulous IP’s than it is for marketing consistency, so as of now its anyone’s guess who they’ll do, but hopefully this is a sign of them racing in the right direction.

Forty-eight is A LOT more courses

This is not the first DLC for Mario Kart 8. After MK8 was first released on the WiiU, 24 tracks were added as an upgrade that was included, along with a new Battle mode, on the Switch re-release.

Mario Kart 8 currently has 48 courses, a mixture of old-school remasters, new courses from the original release, and new courses from the older DLC. The new DLC doubles that. While none of the courses offered in the latest Booster Course DLC are wholly original, many will feel very new, as they haven’t been played in some cases in nearly a decade.

Forty-eight is a lot of old courses, and to be sure not every track is a gem in the long-history of the series. And while some clunkers are sure to sneak in, there are already some greats to be found in Wave 1, including the Wii’s Coconut Mall and N64’s Choco Mountain.

All of which begs the question: how has it been this long since I’ve raced Choco Mountain?

While we all love seeing the return to a grueling run with Samus, Nintendo is arguably at its best when it presents a game that is as fun for casual players as it is for hardcore.

With all its fist-shaking elasticity and ridiculous items, Mario Kart still nails this like a tight turn. Where else can gamers have a blast mastering a course alongside a little cousin who can barely keep their kart from tumbling into a ravine? It’s magic.

Sure, it can lead to occasional frustrations, but for those who’ve put in the hours, like Smash Bros, mastery is still possible, and feels as polished as any amazing game Nintendo has ever created.

You never know with Nintendo, but the sad but important conclusion is that we are now far less likely to see a proper sequel to Mario Kart 8 any time soon.

Mario Kart 8 was originally released in 2014 for the WiiU, and re-released on the Switch in 2017. It is not outrageous for its fans to have hoped for a proper new sequel, and indeed the rumor mill fed this dwindling fantasy.

The desire for Mario Kart to match the glory of the finally-wrapped Smash Bros ethos is understandable.  “Everyone is here!” would be a welcome shout in a kind of Ultimate Super Mario Kart. Or dare we wish for Nintendo Kart that follows suit with the original DLC tracks that feature more franchises and characters from Nintendo? Bring on Eggplant Wizard racing!

But alas, this news looks further away than ever.

Forty-eight new courses is a great big deal no matter how you shake it. From Moo Moo meadows to Dragon Driftway, there’s something magic in the mix of Mario, his pals, and a whole lot of wacky racing. Millions of fans just can’t get enough. At then end of the Rainbow Road, we love Mario Kart and welcome more of it in any shape and form.