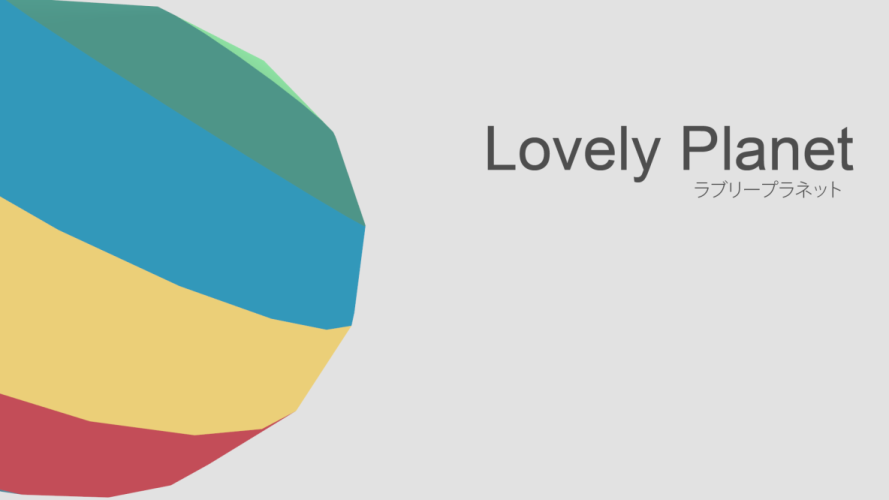 Very rarely does a video game come along that has a truly original and unique creative spark, making a perfect storm of gameplay and style that epitomizes the essence of fun. Lovely Planet for the Wii U, developed by Quicktequila and published by tinyBuild, does just that, capturing this inventive magic to create an incredibly charming, entertaining, and enjoyable shooter that will have players smiling from ear to ear as they shoot their way through the ingeniously-designed pastel landscape.

The core of Lovely Planet is simple: players must dodge bullets, jump across platforms, and blast through red enemies in a speed-run style first-person shooter that feels incredibly lighthearted, tense, and satisfying all at the same time. Its premise is boiled down to a fine point, avoiding the story elements, side characters, and additional weapons that tend to bog down and overly complicate other indie titles in the genre. Lovely Planet does away with health gauges, bullet counts, and enemy weaknesses, making players focus solely on running and gunning. This title is a “what you see is what you get” style of game, which definitely works to its benefit, creating a game that is both cleverly simplistic and intuitively fun. This combines with Lovely Planet‘s perfect pacing and tempo to create a feeling of speed and swiftness that will keep players engaged, offering a learn-as-you-go style tutorial, fast maneuvers, rapid level changes, and no punishment for deaths. Quicktequila has managed to find the perfect rhythm for the gameplay of Lovely Planet, avoiding the unnecessary elements that often only serve to distract players from the heart of the action. 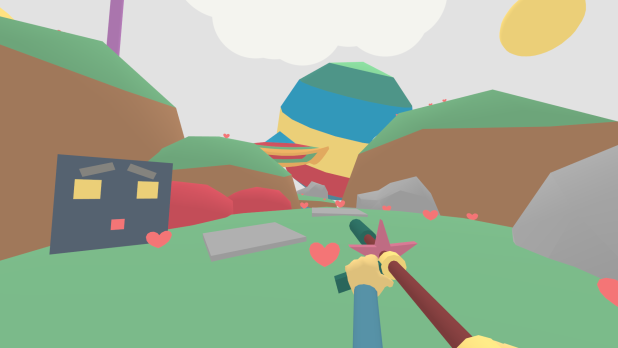 In addition to its simplistic premise and perfect pacing, Lovely Planet‘s biggest strengths come from its incredible soundtrack and creative visuals. The game’s j-pop tunes, orchestrated by Calum Bowen, are so catchy that the songs are actually worth buying outside of the title, and would sell incredibly well if listed on iTunes (although they can be heard and purchased here). It seems that Bowen’s tracks take inspiration from the Playstation Katamari titles, creating a head-bobbing, foot-tapping beat that will have players singing and humming long after they have stopped playing. These songs combine with Lovely Planet‘s visuals, which borrow from the Katamari series as well, to create a perfect and original take on the shooter genre. The pastel and quirky designs are put into a similar Japanese motif, often punctuated with odd household objects to solidify the eclectic style. As a whole, the design of Lovely Planet is hilariously weird yet incredibly beautiful, creating an atmosphere that simply screams fun at the top of its lungs.

That being said, there is certainly one caveat to Lovely Planet: it gets unbelievably hard towards the end of the game. The first two worlds, although relatively easy, provide some of most original and captivating gameplay seen all year, but after this point the difficulty level begins escalating significantly. World three is hard, but doable, but four and five are in the Dark Souls category, necessitating an intense combination of practice, memorization, skill, and dumb luck in order to continue progressing. This leads to some frustrating moments for players, as the game can come to an abrupt halt at this point, requiring some serious dedication and commitment in order to move forward. While seemingly a negative, this gameplay element actually creates some fun moments as well, as beating a level that originally seemed physically impossible is an incredibly rewarding experience. For most players these later levels will be punctuated with both lows and highs, going from  intense frustration to “how did I do that?” moments of excitement, but will still require a significant time commitment in order to complete. 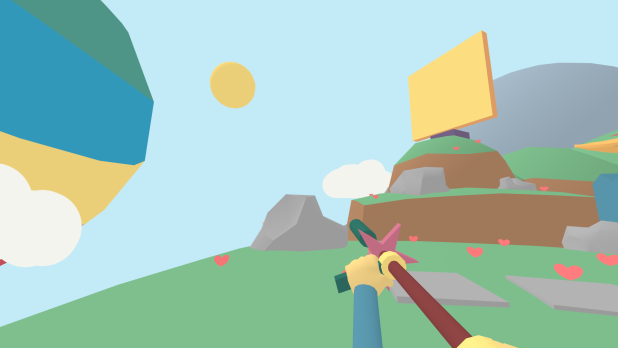 Despite this fault, Lovely Planet‘s difficulty level is completely redeemed by its replayability. No matter how many times players will speedily burn through the first few worlds, playing them over again will continue to bring forth the same waves of excitement and charm that were felt on the initial playthrough, encouraging gamers to revisit the title over and over. That is the beauty of the game’s simplistic style and lack of story; there is no real punishment or cost for gamers who want to “take it from the top” and experience those beginning emotions over again, and the title will continue to still put up a fight no matter how many times it is played.

As a whole, even with its intense difficulty, Lovely Planet is arguably the most charming and enjoyable eShop game released so far this year. Its simplistic, quirky design and amazing j-pop soundtrack are the keys to this title’s success, while its “pickup and play style” makes it incredibly addicting and easily replayable. In a genre chock full of boring sludge, Lovely Planet completely defies expectations by doing away with the old first-person-shooter rules, creating a fast-paced, run-and-gun indie gem that is both enjoyable and rewarding. In the creation of this game, Quicktequila and tinyBuild manage to capture some inventive magic that makes a title unlike anything ever played before, and it is this creative spark that allows Lovely Planet to branch out in new directions. By ignoring the stereotypical, formulaic approach, this title takes shooting to its lowest common denominator, making a title that is, simply put, an incredible amount of lighthearted and unadulterated fun.