Every once in a while a game comes along that reminds you what gaming is really about. As much as I believe that games are an art in their own right, they are fundamentally intended to entertain. Something that is easily obscured by endless layers of cutting edge graphics and genuine artistic intentions as well as a healthy dollop of pretense, is the value of simplicity. More games would do better to take a step back from themselves and realize exactly what it is they are. Rather than attempting to cultivate “broad appeal” by including mediocre elements from as many genres as possible, they should concentrate on doing a few things exceptionally well. Lego Marvel Super Heroes 2 is just such a game. It’s not afraid to admit it knows it’s a game or that it’s only goal is to make your inner child grin from ear-to-ear.

Traveller’s Tales have been making Lego games since 2005 and although the basic building blocks have remained the same, each release from the first Lego Star Wars all the way up to last year’s Lego Marvel’s Avengers has refined and adapted the formula to construct a franchise renowned for its robust and accessible game play as much as the all-ages appeal of its aesthetics and humor. Each entry in the series has made subtle additions that make constant nods to the classic mascot platformers of the 80s and 90s while simultaneously carving out a unique niche for the overall franchise. The result is a roster of games that can easily be considered the equal of first-party Nintendo titles, if not in terms of AAA polish then at the very least when it comes to sheer enjoyment. 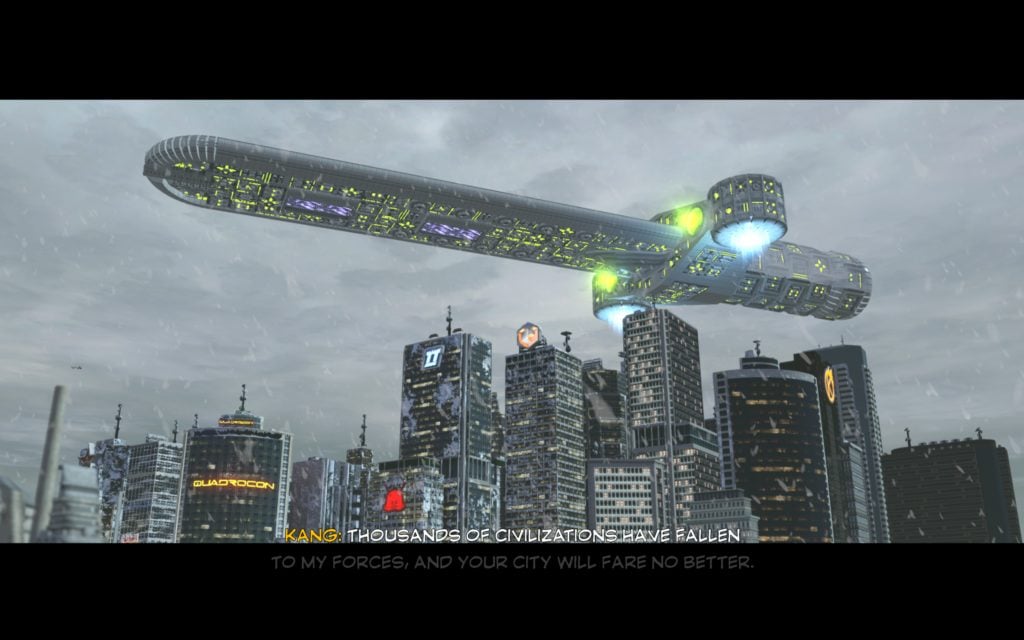 From the moment I first started Lego Marvel Super Heroes 2 and was greeted by the sight of a perfect replica of the Milano as it arced across the stars towards an embattled Xandar, I knew that I was in for a light-hearted and heart-warming adventure. The combination of Lego incarnations of some of the most notable characters in comic book history and the creative potential of everyone’s favorite construction toy is a serendipitous merger that taps into the very essence of play. Such a delightful blend has worked for the developers for 12 years and although the magic has started to fade as licensed releases become more common, on the whole this latest entry in the family-oriented series never fails to impress and entertain.

The story centers around Kang the Conquerer, a being who utilizes his unfathomable mastery of the space time continuum to wage unceasing war on the galaxy in a bid to find warriors worthy of challenging his power. His latest scheme sees him stealing various alternative versions of Manhattan along with a handful of landmark locations from the Marvel universe such as Wakanda, K’un-Lun and Asgard and fusing them together into a vast area in which heroes and villains alike will participate in the latest demonstration of his dominance. Not willing to let the innocent inhabitants of these fractured places suffer, in step an alliance of heroes from across time and space to put an end to Kang’s machinations and save dozens of worlds in the process. It’s an immediately recognizable plot that hits all the right narrative beats that will have comic fans and Lego game enthusiasts eager to delve into the game to see what brightly colored block-bashing mischief they can get themselves into. 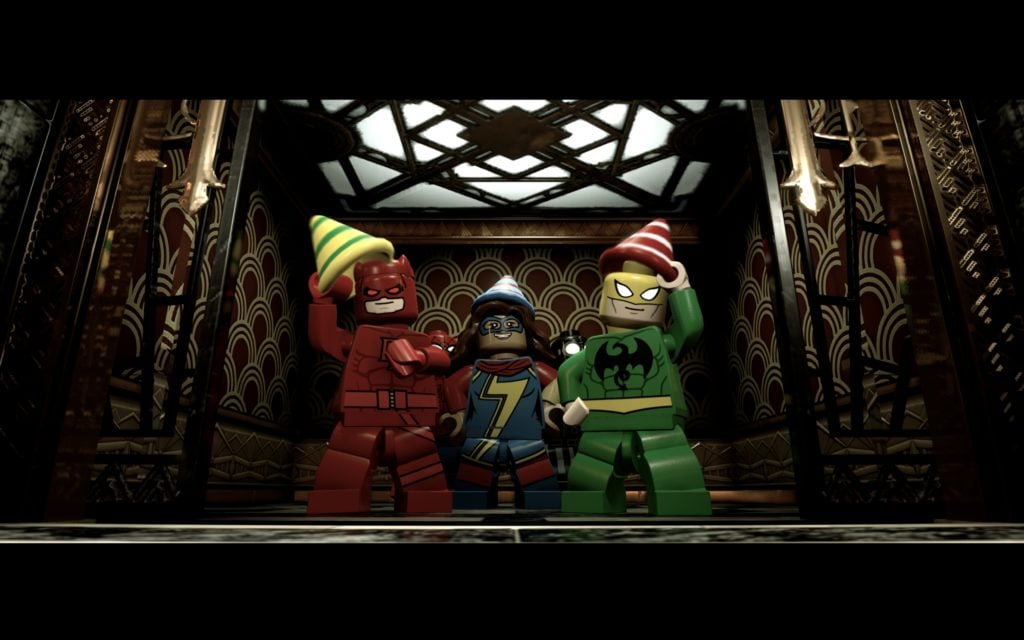 The story takes place in Chronopolis, Kang’s city-sized multi-dimensional battlefield, which, with its playful fusion of well-known comic locations and real world landmarks, is a riotous playground of haphazard hilarity. Each individual section, themed around one of the stolen locations, is a self-contained environment with appropriately structured environmental puzzles, challenges that drive exploration and encourage a playful approach to unlocking a very hefty selection of characters and vehicles. The various obstacles you’ll encounter can actually prove to be somewhat challenging at times as the solution isn’t always obvious, and even when it is there are times when you’re not exactly sure how the game wants you to achieve your goal.

This can lead to moments of baffled frustration, but once the confusion clears and you discover the solution the reward never fails to be charmingly chaotic. If you’re familiar with the various Lego games that Traveller’s Tales have released over the years then you’ll be comfortable with everything this one has to throw at you. Those who have never played one or have taken a break from them (I personally haven’t played one since Lego City Undercover on its original Wii U launch) will probably find that there’s a short adjustment period as you deal with one or two newer mechanics. Before long however you’ll be leaping, flying and blasting your away across Chronopolis through twenty missions and countless optional activities as you work to foil Kang and expand your collection of characters. 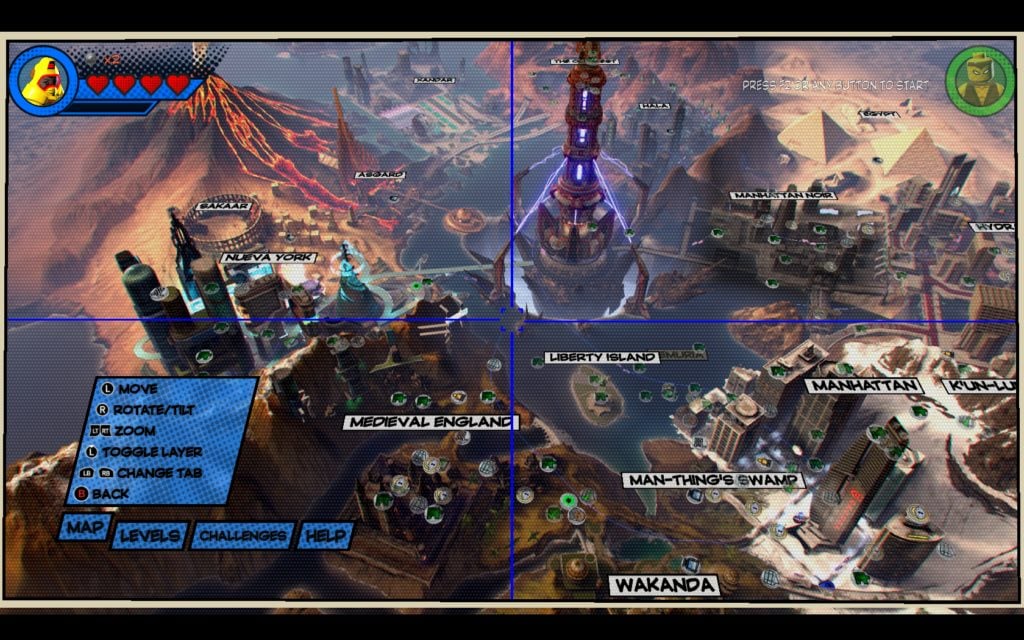 In terms of gameplay the puzzles are based around manipulating virtual Lego pieces in increasingly fantastical ways to complete objectives and advance the story, with levels presented in retro-comic style as individual episodes that can be freely replayed once completed to work toward that ever-elusive 100% score. Combat is largely a button-bashing free-for-all with more powerful attacks usually executed by holding down or tapping a control as indicated above your character. It might be simple but it’s incredibly well-polished with camera movement and visual effects during combination attacks that perfectly mimic the more spectacular moments of recent Marvel movies.

Boss battles are another definite highlight as the game unleashes some of the most powerful monsters and super villains in Marvel’s rogues gallery against you. Although they’re obviously simple in order to be suitable for the game’s target audience, these encounters do include attacks and abilities that, if this were a fully-fledged AAA action adventure title, would stand up against some of the most devious From Software creations. 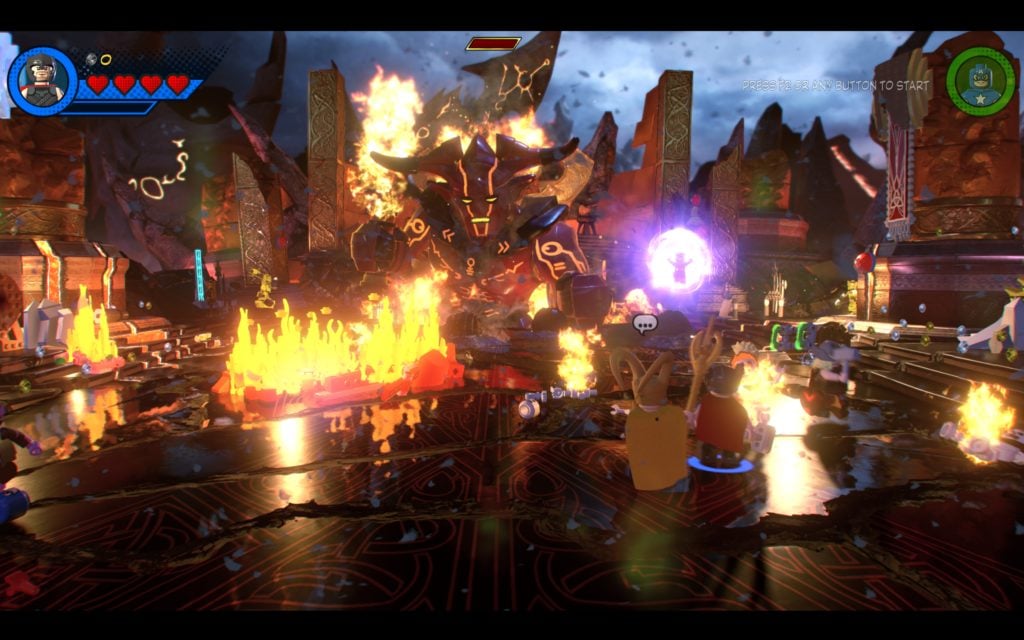 Beyond the story missions and side objectives the vast majority of your time with Lego Marvel Super Heroes 2 will be spent on the hunt for the hundreds of collectibles that are scattered throughout the various constituent regions of Chronopolis. If most games included such a vast laundry list of unlockables then it would probably be criticized for being overly dependent on a padding of optional activities to compensate for a lack of actual content, and admittedly it is a genuine failing of a lot of open world games.

However, they’re not an overwhelming list of busy-work as can so often be the case in games of this type but rather they offer gameplay customization option by allowing you to play as characters that aren’t included in the main roster alongside the likes of Thor, Captain America, Spider-man and the Guardians of the Galaxy. After eleven hours spent running through just the main missions there must be at least that much time again to be spent exploring every nook and cranny of the map for elusive secrets and extra playable characters. 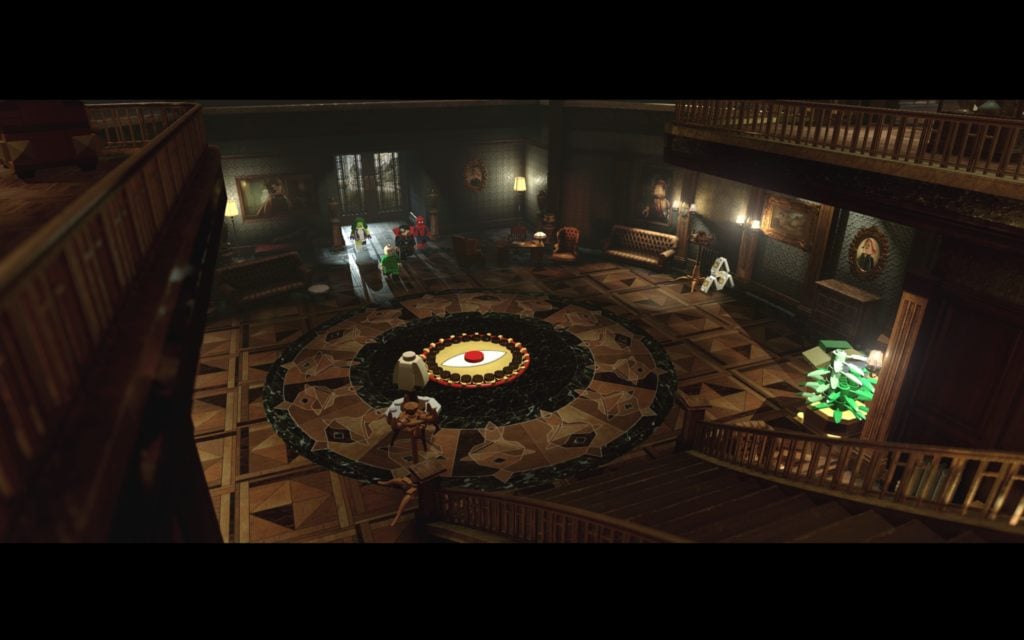 No matter how many of these games that Traveller’s Tales release they are always a source of wry pop culture references and mild-mannered satirical jabs at entertainment media across the genre spectrum, which in this day and age gives them a surprisingly rare cross-generational appeal. Couple that with their one or two button gameplay and they are an excellent introduction to gaming for younger players or a soothing relief for us old timers.

This game may not be innovative or radical but it doesn’t have to be. It’s a fun frolic filled with a huge cast of colorful characters and locations lovingly recreated in Lego format that has more than a few surprises up its little plastic sleeve. So whether you’re looking for a breather from the pre-holiday release blitz or something a little extra to add to your kid’s Christmas list this year, then this is exactly the game you’re after. If you’re a skeptic who has never tried one of these games before then Lego Marvel Super Heroes 2 might just be enough to make a true believer out of you.