You may not be familiar with Super Mario Odyssey. It’s a somewhat underrated video game from the humbly sized development studio, Nintendo, and whilst a select few dedicated followers have been casually awaiting its release, for most, it’s entirely swept under their radar.

This, of course, is sarcasm. Super Mario Odyssey is arguably the most bombastically big video game release of this entire year (being rivaled only by another Nintendo home run: The Legend of Zelda: Breath of the Wild). With such an overwhelming degree of anticipation surrounding it, and knowledge that the probability of it failing to reach the lofty expectations of Mario fanatics the world over is more unlikely than the announcement of an Animal Crossing title set within an abattoir, it comes as no surprise that Super Mario Odyssey is brilliantly bodacious, ingeniously incredible, and wonderfully wild from beginning to end.

Super Mario Odyssey has been described by many, including Nintendo themselves, as a globetrotting adventure. This rings true, as Mario’s quest (or Odyssey, as it has been referred to in one particular instance) sees him exploring various regions of his uniquely fictional iteration of planet Earth. Accompanied by his new ally, Cappy (who also serves for granting Mario a bucketload of new hat related tricks), the two heroes are tasked with putting a stop to Bowser’s schemes to marry Princess Peach (who he has kidnapped because Bowser evidently enjoys doing that on occasion). Whilst the story on display is far from Persona 5’s degree of intricacy and depth, that is far from the draw of a title such as Super Mario Odyssey. Rather, it’s wow factor lies in its admirable ambition and the sheer addictiveness of its engaging gameplay.

Super Mario Odyssey tasks players with collecting trinkets in the form of power moons. Mario and Cappy use these to energize their spaceship, the Odyssey, which allows them to travel further in pursuit of Bowser and Peach. Most areas (known as kingdoms) will boast a hefty sum of power moons available for discovery, but will only require a minute quantity of them to be harvested before Mario and Cappy can proceed to the following kingdom. This results in Super Mario Odyssey being a breeze to dash through, but a gargantuan mountain to ascend for the dedicated completionist, as the collective sum of power moons scattered throughout Super Mario Odyssey’s entire experience creeps extremely close to the one thousand mark.

The variety on display regarding the aesthetic of each and every kingdom, alongside the means by which Mario and Cappy can acquire power moons, results in Super Mario Odyssey never sinking into a state of mundane dullness. It is an endless cascade of freshness that refuses to withdraw from the limelight, resulting in a consistently steady stream of engrossing exploration and rewarding discovery. Furthermore, the many bosses that attempt to thwart Mario and Cappy in their efforts to succeed are beautifully designed (the Broodals are deserving of an honorable mention, they are ridiculously fun recurring antagonists), displaying attacks that are elegantly simple, yet visually eye-popping. Super Mario Odyssey’s many stellar and memorable moments are punctuated by a soundtrack that confidently indulges in a variety of genres, from subdued ambiance to uptempo wackiness. Really, there is a crazy amount to fall in love with in Super Mario Odyssey’s design.

A major point of emphasis within Super Mario Odyssey’s promotion is the earlier mentioned ‘hat related tricks’ that are provided to Mario via Cappy. The most noteworthy of these is the capture mechanic, which allows for Mario to hurl his hat at almost any foe he lays eyes on, and then control them. Such a concept could quite easily backfire and be tediously gimmicky, but this is far from the case. Each and every foe, from Goombas to Chain-Chomps, controls wonderfully and provides Mario with brilliantly beneficial abilities. Whether blasting bullets as a tank-esque Sherm, or darting through the air at breakneck speed as a water covered Gushen, Super Mario Odyssey’s capture mechanic works wonders due to the simplicity of controlling foes, and their distinctness from one another. With only the mildest of learning curves required, inhabiting the bodies of and controlling foes is un-intimidatingly accessible and joyously quirky.

So the burning question is this: Is Super Mario Odyssey perfect? Is it a flawless experience, void of even the most minuscule of faults? Well, not exactly. Sadly, even such a terrifically assembled experience such as this has its irritations. There aren’t many though, three to be exact, and they are as follows:

1. Mario doesn’t quite always do what may be desired of him. With such an eclectic array of manoeuvres at his disposal, an incorrect flick of the analogue stick of the tiniest degree will cause the denim-clad hero to side flip from a platform he was precariously balancing on, resulting in him enduring the long plummet to his eventual demise below. Mario’s expansive range of commands, whilst enjoyable to experiment with, can feel somewhat finicky at times, leading to frustrating failures during segments demanding intricate platforming.

2. Some of Super Mario Odyssey’s kingdoms are a little too grandiose for their own good. Whilst the task of venturing into a brand new world never fails to evoke sensations of excitement, it’s also downright daunting, especially after taking a peek at the absurdly long list detailing the more than sixty power moons and one hundred region specific coins required for full completion of that area. The most enjoyable kingdoms within Super Mario Odyssey are significantly smaller in scope (approximately equaling the size of Super Mario 64’s stages), but still contain a generous horde of discoveries. Striking a perfect balance between offering opportunities for rich exploration, whilst being modest in size as to avoid overwhelming players, areas such as the Lake Kingdom and Snow Kingdom shine brightly as some of the most enjoyable segments of Super Mario Odyssey to digest. By not demanding such an extensive quantity of time to collect and discover everything they have to offer, smaller kingdoms avoid outstaying their welcome in the way that areas such as the Sand Kingdom and Woodland Kingdom do not.

3. Really, the single biggest criticism against Super Mario Odyssey is this: Whoever believed integrating a mini-game involving jumping a skipping rope that progressively increases in speed is a cruel, sadistically vicious human being. Furthermore, to unlock a specific power moon within the Metro Kingdom, said skipping rope must be leaped over one hundred times. Upon reaching approximately half of this quota (which is difficult in itself), the skipping rope becomes so ferociously fast that only by maintaining a rhythmically flawless flow with the jump button can one come anywhere close to beating this tense challenge. Personally, I conquered this hurdle after an hour of attempting it, and it was a miserable hour of sheer stress, with more than just a few curse words uttered. The jump rope challenge moves far beyond the ‘difficult, but satisfyingly addictive’ status, and ventures into the realm of ‘monotonous tedium that can easily be the catalyst of severe misery, proceed with careful caution’. Being challenged by an intelligently designed hazard is often thrilling, but being tested in a method that simply isn’t satisfying to overcome is entirely undesirable (at least to those lacking masochistic tendencies), and leads to a hollow victory as a result. For all of Super Mario Odyssey’s instances of genius, its jump rope challenge drastically drops the ball (and on the subject of dropping the ball, the Seaside Kingdom boasts a volleyball mini-game that is even more brutally painful than the aforementioned jump rope challenge, so good luck with that one).

These frustrations aside, the fact remains that Mario has always been the undisputed king of the video gaming universe, and a true icon of the medium. Super Mario Odyssey re-solidifies this statement, cementing Nintendo’s mascot as a model hero for each and every one of us. It is staggering in its scope and delivers a plentiful plethora of discovery and exploration, held afloat by its wealth of charming charisma. It flawlessly marries modern and classic concepts, as controlling a terrifying tyrannosaurus rex will be immediately followed by an 8-bit foray within a pixelated warp pipe, stylishly taking a venture into Mario’s two-dimensional origins from long ago. Nintendo’s latest heavy hitter is a tour de force in modern platforming gameplay, and a firm declaration that Mario, the short moustache flaunting Italian responsible for resurrecting the video game industry from its abysmal crash during the 1980’s, continues to proudly hold the mantle of ‘the best of the best’ to this very day. 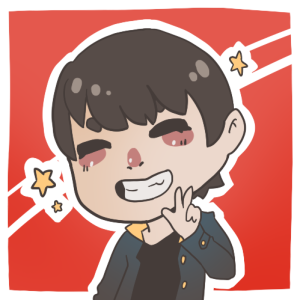 13 Sentinels: Aegis Rim features on the most ambitious stories in video games, and the Switch is the perfect platform to experience it on…

Primordia is the Best and Worst of Its Genre

Primordia brings a gorgeous, well-written sci-fi point and click adventure to the Nintendo Switch, but that doesn't mean the puzzles are easy…

Android Dreams: ‘NieR Automata’ and the Human (S)oul in Visual Storytelling and Design