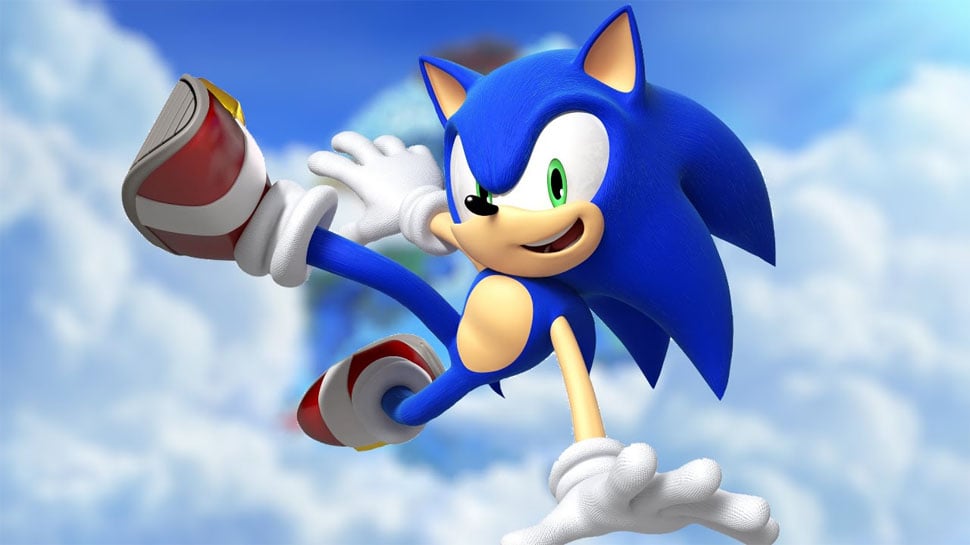 My first experience with a 3D Sonic game was in 2003, at my friend’s 11th birthday. He had gotten Sonic Adventure DX for his Gamecube and we were all eager to try it out. We popped the disc in, sped through the menus, and watched the game start. 20 minutes later we turned it off and never spoke of it again. Even as kids we knew, something was very, very wrong with this game.

Sonic is 25 years old now, a legal adult in every Western nation. Like many modern 25 year olds the first half of his life was much, much better then the latter half, and many fans of the Blue Blur will tell you it’s been a rough few years for the poor hedgehog. 25 years, and only a handful of games are actually fondly remembered, compared to say Mario’s seemingly endless list of great games, or the fantastic titles in the Zelda or Donkey Kong franchises. What happened to Sonic to make him this way, and is it finally time to put this old Hedgehog to rest?

During the console wars of Sega and Nintendo, Sonic had it pretty great. Many would argue the Sonic platformers are better games than Mario, with open and less linear levels, trickier platforming that rewarded skill, and better, more colourful graphics that popped out on the technologically superior Sega hardware. Mario had a legion of fans built in from an earlier debut, but Sonic’s games were better platformers, and they still stand up today as some of the best in the genre. Then came the first of many cuts that would bring Sonic down: the introduction of 3D platformers. Mario 64 is probably the single greatest enemy of Sonic’s entire franchise. The game that killed the Hedgehog. Mario 64 wasn’t just a new competing game, it was a new battlefield on which the lives of the console mascots would be put to the test. Sonic’s first 3D outing would be the ill-fated Sonic 3D Blast, an awkward isometric puzzle game that played poorly for it’s insanely short duration. Sonic R would be a weird, less fun version of Mario Kart with terrible controls and a hate-filled camera, failing to fill a void no one asked for. For a while there was a proper Sonic 3D game in development, but after multiple issues with budgets and the dev team Sonic X-Treme would never see the light of day.

Two years after Mario 64 changed the playing field on consoles, Sonic finally released a proper 3D game with Sonic Adventure on the Dreamcast. It was actually pretty great, offering many of the things Mario 64 did, like an open world and giant levels to explore. But there was something…off about it, and by the time the Sonic Adventure DX port came out, it was apparent that this game didn’t have any of the staying power Mario 64 did.

To many Sonic Adventure 2 is the last truly great Sonic game, the last Sega exclusive Sonic title and a final farewell to the manufacturer and their platforms. It learned from its predecessor and offers a truly fun-to-play Sonic game in a 3D space, a single glimmer of hope that maybe Sonic could actually work in a 3D plane, Sonic could come back and compete with the greats again. It seems, however, that with the death of the Dreamcast, so too came the final moments of hope for Sonic. The end was quickly approaching.

A prelude to the destruction of the series was 2005’s Shadow the Hedgehog. A bizarre combination of Sonic style 3D platforming and third-person shooting, wrapped up in a 2004 teenager’s bedroom. It was like a Linkin Park fan wrote a Sonic game and Sega accidentally published it. Its “mature” thematics were a less then welcome contrast to the franchise’s usual happy-go-lucky style. It’s here we see the first steps toward oblivion, the first signs that something was really, really wrong with the Sonic franchise, and that maybe we should just put the whole thing to bed. Sega had different plans though, and Sonic’s 15th birthday was fast approaching. 2006 would be a very big year for Sonic, a new game on new hardware,

2006 is when Sonic officially died. Reviews were less than kind. “a mess from top to bottom”, “flat-out unfinished, unfairly difficult, and most importantly, just isn’t much fun.”, “ridiculously overwrought”, “True love has never been so disgusting.”, “…Sonic’s relationship and kiss with Princess Elise truly marked the point the Sonic series had veered off into absolute nonsense.”

Sonic ’06 is one of the worst games ever made. There’s very little room for debate on that, and you’ll be hard pressed to find people that actually like it. What was meant to be a series reboot is likely the reason people tend to avoid Sonic games these days. It marked a moment when the Sonic franchise went too far, and the series has never really recovered. How could you when you release a game that’s nearly unplayable, and with a story that might be accidentally promoting bestiality. Every Sonic release post Sonic ’06 has been stained by this, and the franchise as a whole is somewhat cursed.

Sonic Unleashed is a joke that few people remember past the phrase “that time Sonic was a werewolf”. Sonic and the Black Knight is another piece of bizarre fan-fiction, made worse by the often troublesome controls of the Wii. The few times Sonic has managed to release a game people don’t hate, it’s usually just a throw-back title like Colours or half of Sonic Generations, and even then the games aren’t stellar, they’re just not as bad as the other games. More recently, in 2014, people thought Sonic had outdone himself with Sonic Boom: Rise of Lyric, which many have called the new Sonic ’06, albeit with less vitriol and more of a sorrowful laugh.

So is it time to put the bullet in this franchise, and grant Sonic the rest he desperately needs? Many seem to think so, and for a lot of fans there’s just no redeeming the franchise. Even with a new design, Sonic just can’t seem to move games anymore, and the only thing Sonic still has going for him is his Twitter account which itself is mostly just inside jokes for the Sonic fans. That’s all Sonic seems to be these days, just an industry joke that no one is laughing at. Sega seems to be marching on regardless and recently  promised a new game in 2017, as well as a possible movie in the works. There might yet be time to save Sonic, but given how far down he’s fallen it might just be better to put him to rest for a few years. Let the nostalgia build a little more, and try again when the time is right. Maybe let’s give him 25 years off, and try this whole thing again in the far future. Sega never would, but here’s hoping they will.